It Was the Biggest Innovation in Hotel Rooms in the 20th Century. And it Was Invented by Accident 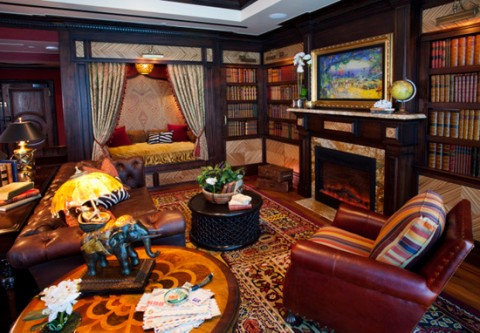 The man with the vision for themed hotel rooms wasn’t Walt Disney. Sure, the founder of the theme park industry understood the potential for the concept, but he lacked the capital to build one alongside the other. Instead, he had to turn to one of his business acquaintances, who developed something revolutionary, and with Uncle Walt’s blessing.

Odds are good that you’ve stayed at one of the themed rooms across the various Disney parks, but have you ever wondered about their history? Here are five of the seminal moments in the development of Disney themed rooms.

Walt Disney and the oil baron

His name was Jack Wrather, and he was an oil baron by trade. His time in the oil industry provided him with a great deal of wealth. It’s fair to say that Wrather had the equivalent of a billion dollars during his heyday. He used his riches to hobnob with celebrities from the fledgling movie industry. He eventually married a Hollywood starlet named Bonita Granville, and he befriended two of the most connected Republicans in the movie industry. One of them was Ronald Reagan, who owed his political career in no small part to the support of Wrather.

The other friend is more important to our story. It’s Walt Disney, who requested that his friend, Wrather, do something that the cartoonist could not. Disney was cash-strapped during the lead-up to the opening of Disneyland. He couldn’t afford to build an accompanying hotel, even though he expected a potential property to have a high occupancy rate no matter the nightly room cost. Uncle Walt knew that his park would create demand for hotel accommodations in the surrounding area. 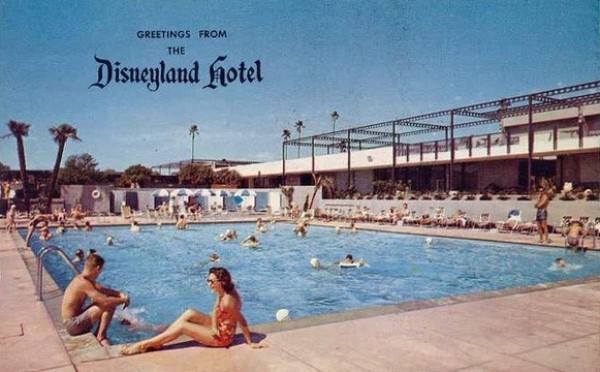 The wealthy old baron also saw the potential for such an endeavor. He worked in tandem with Uncle Walt to build the motor inn that we know as the Disneyland Hotel. Disney loved this property so much that he advertised it in the press release for Disneyland’s opening. It notes that among the 550 rooms are suites, which is the origin of themed room concept we know today.

Wrather wasn’t one to rest on his laurels. He too believed in the concept that Walt Disney called plussing. The Disneyland Hotel went through several updates during the thirty years prior to The Walt Disney Company’s acquisition of it. During this period, Wrather emphasized the unique connection between the motor inn and the theme park beside it. He started adding little elements to make a stay at the Disneyland Hotel feel like an extension of a trip to Disneyland. In the process, he created the themed room. Guests felt like their rooms were a special part of the Happiest Place on Earth, and that’s why the hotel has maintained its status for more than 60 years.

It’s in the frakkin’ walls

By the time the East Coast version of Disneyland opened to the public in 1971, park planners understood the value of themed rooms. They incorporated the premise into the fabric of their original hotels at Magic Kingdom. The Contemporary Resort Hotel is an engineering marvel that Disney didn’t even build in its entirety onsite. Instead, they constructed the legendary A-frame backbone of the structure. Then, they crafted all of the rooms at a different location. Cranes would then elevate the rooms to their designated location within the framework. This process was so laborious that Disney employees could only add 15 rooms per day to a 655-room resort.

The benefit of the glacial pace was that they could carefully strategize the best tactics for adding rooms that guests would feel compelled to stay in at least once. At The Contemporary, Disney kicked the theming up to 11 by building it in such a way that the monorail would pass right through the facility several times per hour. The strongest public association between Disney theme parks and technology was the monorail, so the placement of this rare transportation within the hotel itself has drawn onlookers for many decades now. 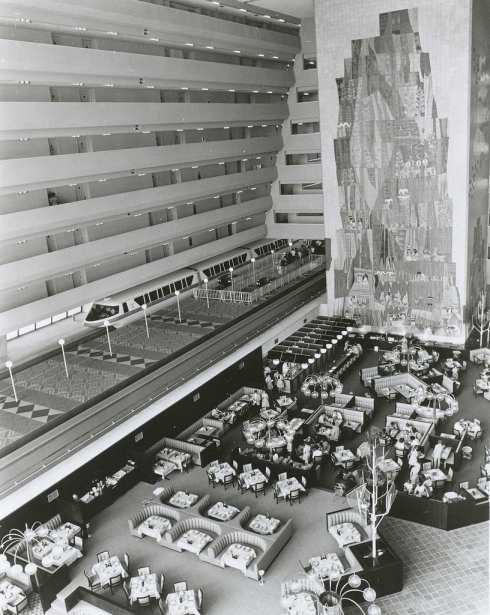 Disney also valued something else from the learning experience with the Disneyland Hotel. In conversing with employees there about popular elements, they learned that a view of the theme park from the room enhanced the vacation sensation for guests. It didn’t even have to be a large view, as anything that made visitors feel like they were at the park was enough.

One of the reasons why Imagineers built the Contemporary 14 stories high was to provide a view of the nearby parts of Magic Kingdom. Adding such a hypnotic element to a resort extended the de facto boundaries of Magic Kingdom. Guests would pay more for suites on those higher floors simply to get the best view of the Most Magical Place on Earth.

They should retheme the Contemporary resort into, for example, a Star Wars or just Space themed hotel. It is the least interesting luxury hotel there with only the short walk to MK as a bonus. I also hate the Bay lake tower add ons.