The FULL Story: Why Disney is Killing the Twilight Zone Tower of Terror 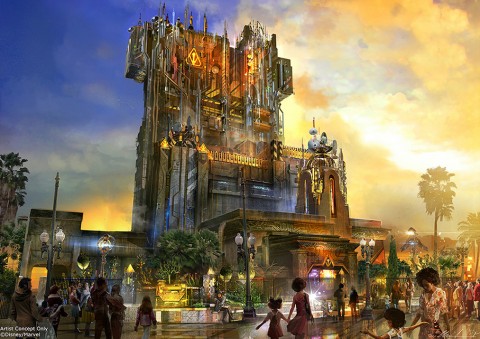 “You are traveling through another dimension, a dimension not only of sight and sound but of mind. A journey into a wondrous land of imagination. Next stop, the Twilight Zone!”

Rod Serling intoned these words at the start of each season three episode of his famed series, and this narration became the lasting legacy of The Twilight Zone. In 1994, nearly 20 years after Serling’s death, he became an anomalous presence at Walt Disney World, anomalous because The Walt Disney Company possessed no ownership interest in the program. They had no connecting ties of substance with Serling, either. A company built and sustained by its internal intellectual properties sought a new enterprise that would feature an outsider’s storyline. It was a daring change for Disney, and the results were universally positive.

The Twilight Zone: Tower of Terror is generally regarded as one of the greatest attractions in Disney history, and that means it’s one of the best rides in the history of theme parks. You, the readers of this site, have voted it the best theme park attraction in the world. Despite its track record of sustained excellence, the ride is going away forever at Disney California Adventure. Its long-term fate at Walt Disney World is also in doubt.

And it’s all your fault.

Well, it is, but the explanation as to why is convoluted and novel. Guests at theme parks are always seeking out the next big thing. Pop culture at large functions the same way. We as a people grow bored of what’s known and established. We seek new ideas, concepts, and stories to excite us. We take for granted the bird we have in hand, overvaluing the two in the bush. Due to our constant quest for new and different, theme park vendors like Disney must operate under the constant strain of unearthing the next big thing. When they find something new and popular, they have to go all-in on their discovery.

No, I’m not talking about Frozen here, although the same logic applies. Instead, I’m talking about a science fiction franchise that Disney acquired in a multi-billion transaction. It’s not Star Wars, either. It’s a tale involving a plucky band of misfits who come together to, well, guard a galaxy. In 2014, audiences worldwide fell in love with these unlawful nomads forced into acts of heroism.

Disney took notice of the soaring value of one of their properties. The ascension of this IP allowed them to consider alternatives for one that they didn’t own, and the rest is tragic theme park history. What follows is the tale of the Twilight of the Twilight Zone Tower of Terror and the corresponding rise of the Guardians of the Galaxy. This story will reveal just how fickle Disney can act when a huge financial outlay is in play and just how much they want their own properties to comprise the entirety of their theme parks. It’s not a happy tale. Then again, Twilight Zone episodes aren’t known for their happy endings. 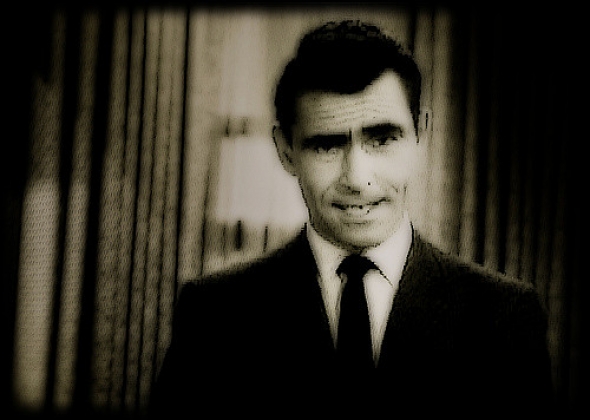 Our story starts with a group of Disney employees and a television. Their job title that week was one that many of us have done for free. These cast members binged their way through 156 episodes of The Twilight Zone. It’s great work if you can get it.

Perhaps I should back up a step to explain what they were doing. During the early days of Disney-MGM Studios, the third gate at Walt Disney World suffered from a fatal flaw. It lacked the volume of attractions needed to entice theme park tourists to visit. From the day it opened for the first time in 1989, guests demonstrated a noted lack of enthusiasm for the concept of a movie-based theme park (even if guest numbers were initially high). On top of that, after a slow start the following year, rival Universal Studios Florida soon proved to have a more impressive selection of thrill rides.

Then-CEO Michael Eisner was furious about the park’s performance. He’d spent years brokering deals to bring the park to fruition. It was intended as his stamp on the Disney brand, his legacy that would last for decades after he’d left the company. Instead, it was derisively described as a half-day park. Frankly, that was too generous. Spending half a day at Disney-MGM Studios could feel like an eternity since there was so little to do. The park was in danger of failing, and everyone involved understood this irrefutable fact.

What Disney-MGM Studios needed was a Space Mountain, an It’s a Small World, or a Pirates of the Caribbean. The third gate lacked an attraction that was immediately recognizable to potential vacationers, one that would make me them feel compelled to visit the park. Imagineers got to work on developing this new ride experience.

It all started with Mel Brooks… 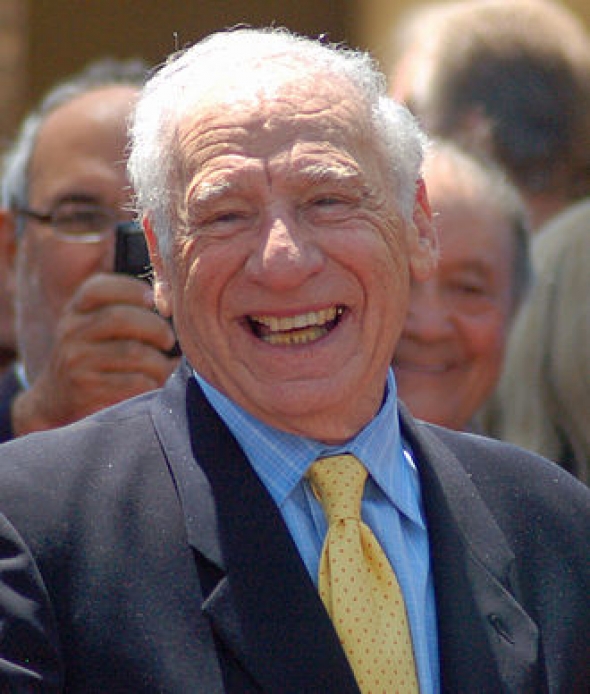 A Disney dream team started the process. Involved with the earliest blueprints were Disney Legend Marty Sklar, Imagineer C. McNair Wilson, Eisner the CEO, and director Mel Brooks. Why was Brooks there? That’s an odd piece of Disney folklore and Hollywood history.

Eisner’s previous career as an agent and studio boss had given him access to some of the most talented players in Hollywood. He’d developed a strong relationship with Brooks when the latter man read a screenplay provided to him by one of his former assistant directors. Brooks loved this dramatic story and asked Eisner, the head of Paramount Pictures at the time, to provide the resources to make the film.

For his part, Eisner was extremely confused at this request. The world knows Brooks for his goofy comedies. The feature film he wanted to make was totally humorless. Eisner justified his reputation as a believer in talent by gambling $5 million on the project. He believed in Brooks as a content creator so much that he agreed to bankroll the film, which is one you may have heard of: The Elephant Man.

The point is that Brooks and Eisner had a strong working relationship and healthy respect for one another. Once Eisner had established his movie studio theme park premise, he needed something to distinguish it. The CEO knew all too well that Universal Studios Florida would arrive in 1990, only a year after Disney-MGM Studios. If their attractions were better, Walt Disney World would seem damaged. The more pressing matter for Eisner on a personal level was that his legacy would be in question. His ego on this subject was a contributing factor in many of his decisions as head of Disney. That’s why his later fall from grace at the company is the all the more fitting.

Before his career collapse, Eisner prioritized Disney-MGM Studios. It was his theme park baby. He asked Brooks to come and brainstorm with two of the best Imagineers still on the payroll. From the beginning, Eisner wasn’t averse to a tie-in to an intellectual property outside the Disney collective. For all its storied cinematic classics, horror wasn’t really the company’s thing. That’s something that has changed a bit since the 1980s, but it was an accurate summation at the time. 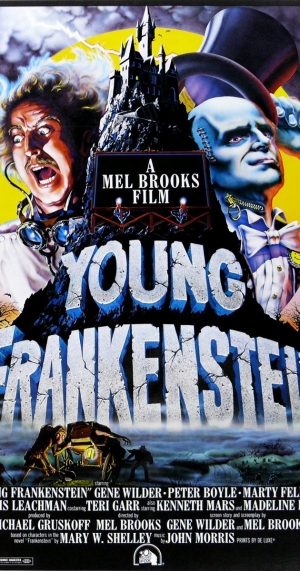 Brooks loved the idea of one of his iconic tales becoming a signature attraction at Walt Disney World. He even pointed out that he had a natural fit. Young Frankenstein satisfied Disney’s goal of a gothic horror tale. It was also silly enough that it could remain child-friendly. At the time, Eisner wasn’t married to the idea that Disney-MGM Studios had to cater to children. He was also savvy enough to acknowledge that burning that bridge needlessly would look like a massive miscalculation to company outsiders. History indicates that Eisner wasn’t averse to picking fights for the wrong reasons. He didn’t actively seek them out, though.

They better keep the ToT in WDW.

Future World definitely needs a revamp, but I don't believe that involves a complete dismissal of any and all educational themes. I'd be absolutely okay with replacing Ellen with the GotG if the attraction keeps (and updates) the importance of energy (and adds the importance of energy conservation and alternative energy sources, DISNEY)theme of the attraction. Which is totally doable.

It was one of 2 popular rides, racers being the other. I can't tell you how many times I've walked past it with a 13 minute wait displayed and literally no line up to the pre-show rooms. Toy Story Mania almost always had a longer line, as did Soarin, Grizzly River Run (during warm weather of course.) quite honestly this ride only is popular NOW because they announced its transformation. It's always been inferior to the DHA version in both theme, ride, and detail. It was thrown together on the cheap and it shows. This new ride will likely be a better overall ride experience AND be more popular than Tower ever was, until now.

I totally agree with you there. It will sometimes have a line longer than racers these days now people know it going away. The California version sucks compared to the one in Florida.

I do love ToT as it is now, but it's not just the ride experience that I enjoy. I LOVE walking through the "grounds" of the abandoned hotel. I hope for the line to not move too fast through the lobby. The dress and demeanor of the cast.... All of it is just as good as the ups and downs.

There's an important factor in the "Universe of Energy" that everyone forgets. Ellen Degeneres is NOT the only partner at stake here. "Jeopardy" is an integral part of this attraction, and I can tell you that it's Sony who NOT willing to license THAT IP any longer.