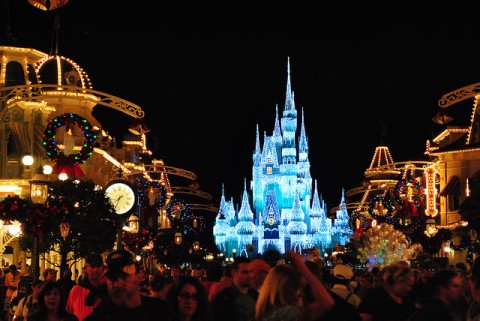 There are two Walt Disney Worlds. There's the one that most people are familiar with: The grey castle rising up beyond the length of a charming Main Street. The silver geodesic sphere obscuring the sunlit exposition of countries beyond it. The bright, golden hue of palm trees lining the bustling streets of an Old Hollywood cityscape. The Walt Disney World of postcards.

If someone asks you to close your eyes and picture Walt Disney World, that's probably the one that first pops into mind. But the second Walt Disney World is, in many ways, even more magical. It's more mysterious, energized, and vibrant.

I'm talking, of course, of Walt Disney World at night.

When the sun sets on those 43 square miles of land in the middle of Florida, every park and resort transforms into something new. And, in many cases, something better.

At night, Imagineers are completely in control of the things your eye can see – they can dictate what color light should bounce bounce off a building. They can decide what parts of an attraction should be visible and which ones should remain hidden. The attractions and parks at night are completely designed.

And so, let's take a look at a few areas that are, of course, wonderful when spotted during the day, but become something entirely more magical as night falls on the Vacation Kingdom. 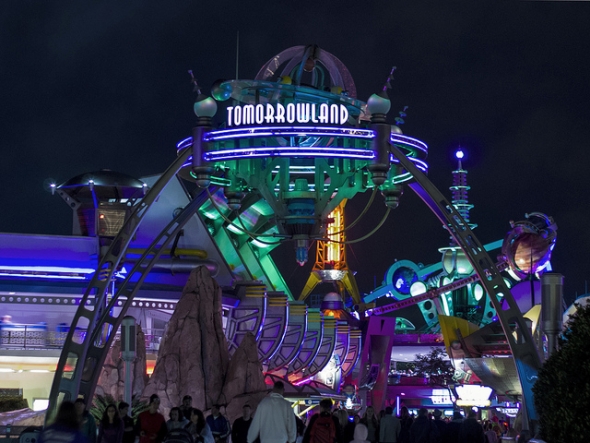 In 1994, Walt Disney World's Tomorrowland received a controversial makeover. Gone were the stark white buildings inspired by mid-century futurism -- in their stead, Imagineers constructed a world inspired by the classical sci-fi fantasy of the Victorian era. Tomorrowland became more the realm of H.G. Wells or Buck Rodgers than Ray Bradbury or Arthur C. Clarke.

Unfortunately for Imagineering, mid-century futurism had a bit more of a shelf life as far as architectural trends were concerned, and New Tomorrowland felt a bit dated rather quickly.

That is, if you were only there during the day.

Whatever qualms you may have about Tomorrowland in the sunlight, it is a truly stunning location when bathed in saturated light. The bright colors and neon signs give the space the feeling of a futuristic, cartoonish spaceport – one which has helped attractions like Buzz Lightyear's Space Ranger Spin, Monsters Inc. Laugh Floor, and even Stitch's Great Escape feel much more at home.

But that dense, colorful cityscape still doesn't betray the back half of Tomorrowland – where Space Mountain and the Carousel of Progress sit – making it almost feel like this spaceport of the future has multiple differing neighborhoods. This section of Tomorrowland feels more retro-futuristic than the front portion, but it doesn't feel out of place. The night sky helps blend the two areas together, and the starkness of Space Mountain is even more eye-catching when contrasted with the lushness up front.

In all, at night, Tomorrowland feels like the bustling center of future commerce Imagineers always intended it to. 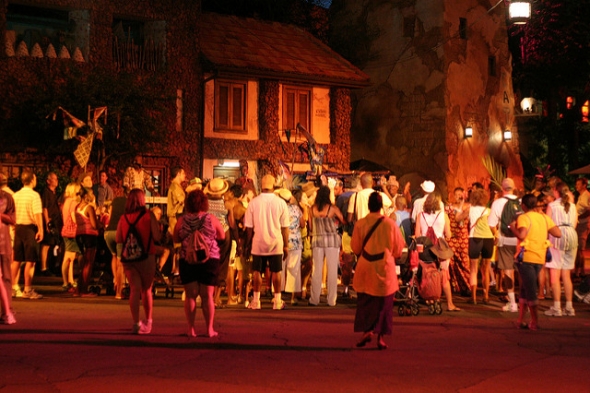 The fourth park in Orlando has always had the potential to be a premier nighttime destination, but the presence of live animals has always made Disney reluctant to introduce a nighttime program to its offerings. It is, arguably, the most stunning park Disney has ever constructed when viewed during the day, and the idea of an extended nightime look at the Tree of Life or Expedition Everest was always tantalizing.

Disney has begun answering our prayers, and the result is every bit as beautiful as we thought it would be.

Now, yes, the nighttime entertainment's rollout has been uneven and bizarre – Disney has even scaled it back for the upcoming holiday season – but there is no doubt that it will be a permanent addition, at the latest, when Pandora: The World of Avatar finally opens.

But what we've seen so far has been nothing short of breathtaking.

Harambe, in particular, feels like a completely different place at night. During the day, the baking sun helps with the immersive feel of being in an African village, but it also saps the energy out of the area. At night, however, there's a jovial spirit that comes rushing into Harambe – giving it a unique personality within Walt Disney World.

The nighttime edition of Kilimanjaro Safaris is special unto itself, but the experience of walking through Harambe to get there is as transporting as anything else on Disney property. 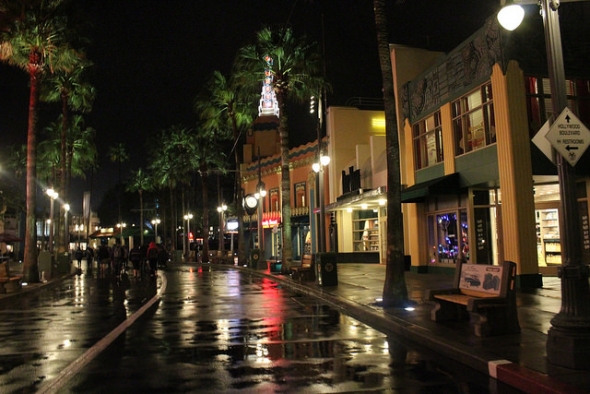 With all of the construction going on at Disney's Hollywood Studios, it's really only a half-day park at this point. Once the Star Wars and Toy Story expansions open, the park will return to it's former glory, but in the interim, there's still just not that much to do. What is there is amazing! But there's just not much of it.

So, if you're only going to spend half a day there, why not make it the second half?

Sunset Boulevard perfectly encapsulates what Walt Disney Imagineering was trying to do when first building this park: It takes an iconic piece of Southern California and transplants it to Walt Disney World. The charm of the classically-Hollywood area comes from its architecture, its horticulture, and its overall atmosphere. When you're there, you truly feel like you're in the Hollywood of old

But when night falls, that feeling is amplified and energized. The air cools off, the bright streetlights illuminate the asphalt streets, and the beautiful-yet-ominous Hollywood Tower Hotel rises up in the distance. In all, it feels like a place stories are created – which is particularly fitting considering one of the grandest stories in all of Walt Disney World can be found just near the end of it: Fantasmic.

Of course, as you can see in the photo at the top of this section, the Walt Disney World version of Sunset Boulevard has one feature that doesn't come with the real thing: Rain.