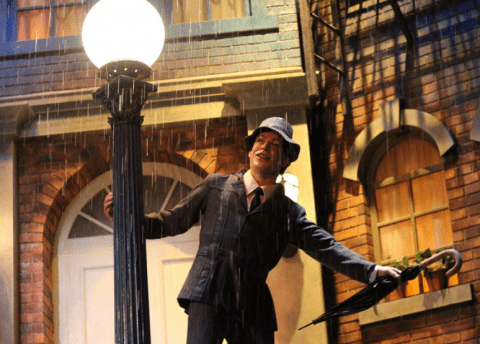 When the weather gets dark and stormy outside, it may seem like the worst time possible to visit a Walt Disney World theme park, but contrary to what you may think, a rainy day visit, even during a tropical storm, can still be a lot of fun.

However, you’ll have to set your expectations, as, depending on the severity of the weather, several rides and attractions will be closed or modified to make sure that guests as well as Cast Members are kept safe. Here's a list of everything you can expect to be closed at Walt Disney World's theme parks if the forecast calls for less than magical conditions: 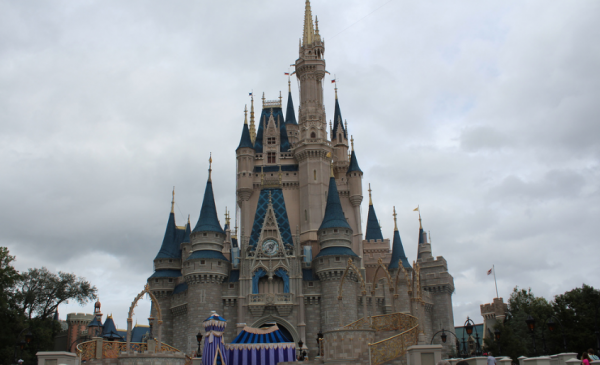 Closed for Rain: Tomorrowland Speedway, Tom Sawyer Island, Festival of Fantasy Parade, Pirates of the Caribbean (if there is flooding in Adventureland)

When an afternoon shower pops up at the Magic Kingdom, only a few attractions will close temporarily, including the Tomorrowland Speedway and Tom Sawyer Island, mainly because of slip and fall concerns. However, if lightning is spotted within the vicinity, nearly a dozen additional attractions will be closed immediately due to safety concerns, including the Seven Dwarfs Mine Train, Magic Carpets of Aladdin, Thunder Mountain Railroad, and even the Jungle Cruise.

However, even though lightning will shut down outdoor entertainment at this park as well, if there's no lighting in the area, the Magic Kingdom actually has two “rainy day” only activities including the Rainy Day Cavalcade, which features a bunch of characters riding around in the Main Street USA vehicles as well as a few dancers wearing raincoats. You can check out a recent Rainy Day Cavalcade below:

In addition, there is also a “Rainy Day Version” of the Mickey’s Royal Friendship Faire, which has all the characters come out from Cinderella Castle, sing the "On this Day" song and wave to the crowd before making a quick exit.

While the Magic Kingdom still has plenty of fun things to do on rainy days (and it's the only park with specific entertainment you can only see when it is raining), there's one park that is absolutely perfect if you're trying to get the most out of your Disney day when rain is in the forecast: 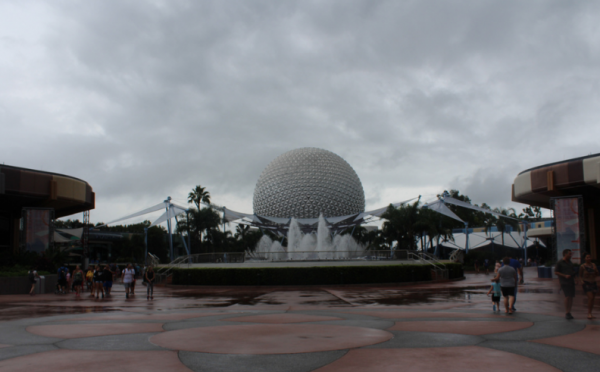 Epcot is most certainly the the best park to visit when it comes to rainy day parks. Though its expansive walkways can be a challenge if you’re trying to stay dry (and the World Showcase can be miserable to trudge through if the rain is especially heavy), the vast majority of Epcot's attractions, Including The Seas With Nemo and Friends, Frozen Ever After, Soarin’ Around the World, and Journey Into Imagination With Figment are all indoors, and do not close due to inclement weather. The only attraction at this park that is unavailable for guests when it rains is Test Track, because of the high-speed outdoor component of the attraction. However, aside from this one exception, everything else at Epcot can run in rainy conditions, so if the forecast looks gloomy, this should be your go-to park.

Went to Animal Kingdom with my now husband back in 09 we had lunch at the Rain Forrest Cafe. When we were done eating it was down pouring outside. The thing that sucked was we had fast passes for Everest. We wound up leaving and went to Disney Quest to try and dry off plus I have never been so we ended our day there.

Nearly any attractions can close and become a rain shelter if Guests refuse to leave and backup the exit. Meanwhile, very high winds or super low temperatures could also close some attractions but that is very very rare.

Kali? So they close the one ride in DAK that you purposely get wet on?

We went during a hurricane once. Main Street was a river! We also watched Illumination s during a tornado warning with Gale force winds! They still played the whole show, and no one was there watching the show!