The Curious Origin Story of the Modern Roller Coaster 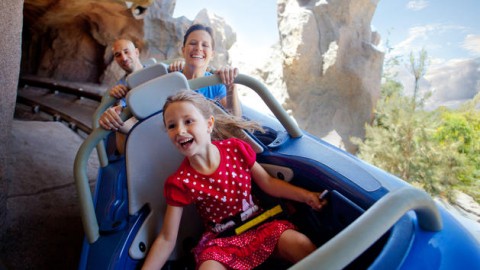 Did you know that you have winter weather to thank for the existence of roller coasters today? Yes, the ski slope is more than just the place you go before you get an air cast. It’s also the accidental inception of theme park thrill rides.

Tidbits like this permeate the history of the modern roller coaster. When you think of the architectural marvels in place today, you’re likely to focus on the metal alloys and feats of engineering that brought your favorite coaster into existence. A lot had to happen throughout the past two centuries for roller coasters to reach their current form today, though.

Numerous Guinea pigs, some of them unwilling, had to fall and/or slide down some of the steepest inclines on the planet in order for Space Mountain to become viable. They had to break more bones than your average X-Games participant for the sake of knowledge. Yes, innovation requires sacrifice, and the early days of roller coasters were more about trips to the hospital than the advancement of science.

Over time, park curators grew smarter. They learned from the litany of shattered femurs and separated shoulders. In between concussions, victims of early attempts at thrill rides passed down their knowledge to these more cautious observers. The end result is that each iteration of what we now call the roller coaster streamlined and enhanced the process.

Riders outgrew those prototype models that were the equivalent of Slip ‘n’ Slides on ice. They built a better coaster cart and tracks with less friction to propel adrenaline junkies down the path. The 20th century left behind the odd choices of noted coaster junkie Catherine the Great (no, really) and advanced the premises of the Mauch Chunk Switchback Railway into the first Coney Island roller coaster. All it cost those original theme park tourists was a nickel to ride.

From there, a lot of what you know of roller coasters today became a reality. Early computers empowered visionary engineers to build a better version of the concept, a Scenic Railway that could sweep the passenger away into a fictional realm. A few plucky pioneers led the charge in elevating roller coasters from a cheap thrill into something more stable and satisfying.

No matter how much of a coaster enthusiast you are, the history of this thrill ride may shock you. In this article, we’ll trace its roots back to the 17th century as an ice ride, debate which country has a rightful claim to the world’s first roller coaster, and track the evolution from ice-dependent sled into a gravity-fueled coal mining train cart. Then, we’ll look at how a Coney Island update changed everything as wood roller coasters became the industry standard. Finally, we’ll examine how Walt Disney and the team at Arrow Development revolutionized the industry by crafting the world’s first steel coaster, The Matterhorn, the ride that closed the circle from sledding to…sledding. Buckle up your safety harness! You’re in for a thrilling ride through the history of the roller coaster!

Russian Mountains aren’t mountains at all 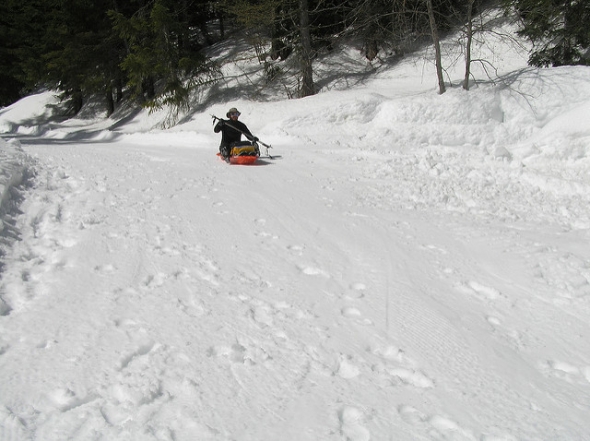 Thrill rides have come a long way since their humble beginnings. The proof of this lies in the origin story of the roller coaster. What Russian citizens in the 17th century called roller coasters are what you call sleigh rides today. The explanation for the Russian Mountains as a thrill is obvious. Russia is home to the North Pole of Cold, the place where the lowest temperature on record occurred. Ice is the country’s most abundant resource.

Some enterprising predecessors of today’s adrenaline junkie culture learned that they could pass the cold winter’s months in a thrilling way. All they had to do was improve the sled ride. How does one do that? They increased velocity. 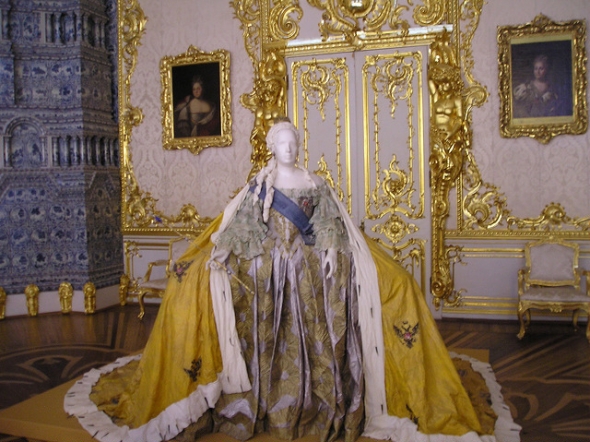 If you grew up in a region that has snow, you did this as a child as well. All the kids in the area know where the tallest hills are, the ones that are best sledding. On snow days, they head over to these areas and take turns zooming down the hill.

The same premise applied in the 17th century. Russians had an unfair advantage, though. They had so much cold weather that they could maximize each sled ride. They’d manufacture entire hills of ice, packing the snow underneath for support. The ice would provide the optimal velocity for a sled ride into oblivion.

As is the case with most adrenaline junkies, however, Russian Mountains fans eventually decided that the regular version of sledding wasn’t enough. They needed more. These enterprising coaster fanatics enjoyed one of the greatest breakthroughs in the history of our industry. Their epiphany was that they could build a supporting lumber track for their sled path. Yes, almost five centuries ago, a basic version of roller coaster tracks existed. Their sole purpose was to increase the velocity of sleds.

The premise worked similarly to how you board a roller coaster today. Russians would climb up a set of stairs to the top of the tracks, the exit point for a grand adventure down the ice slope. In many instances, two tracks were built together. That allowed the rider to exit one track and immediately have access to the other. 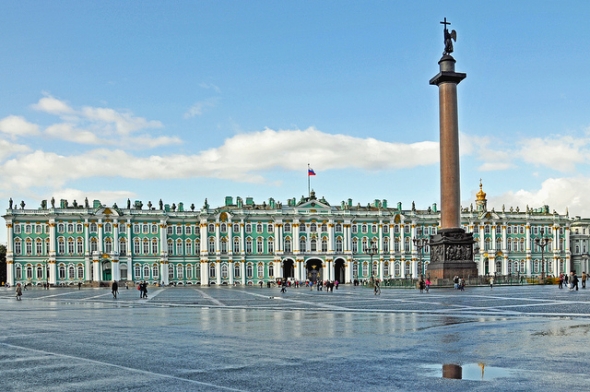 Over time, the tracks of Russian Mountains also evolved. A straight line is fun, but twists and turns are even better. Every coaster enthusiast knows this, but it was something of a revelation in the 1600s and 1700s. Even a 30-degree turn seemed like an amazing improvement at the time.

Designers built new coaster tracks that provided riders with an unprecedented level of enjoyment. The new tracks were as much as five stories high and up to three hundred feet, providing exceptional ride length relative to early versions of Russian Mountains. The 17th century sled rides were so accomplished that you still a variant of them today. Many ski slopes offer the same type of downward track sled ride. Oddly, water parks do as well, although theirs substitute water pressure for the slippery nature of ice.

The reason why this invention has stood the test of time involves one royal fan. History has recounted many tales of Catherine the Great, one of the most storied female rulers of all time. The luminary who led her country through the Russian Enlightenment, Catherine II had a few eclectic hobbies, and was one of the strongest proponents of Russian Mountains, commissioning some of her most inventive citizens to build a better ride. Catherine the Great’s passion for Russian Mountains in combination with her people’s passion to please her led to something shockingly close to a modern roller coaster track.

Russia, France, and the United States go to war…over wheels 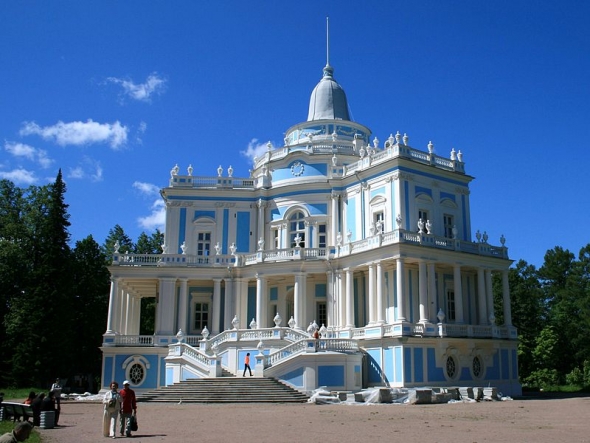 The next huge advance in the roller coaster industry is all thanks to the French. At least, that’s what they’d have you believe. The same is true of Russia, while the United States has an attraction of their own that can prove their point.

The debate is simple. Which country was the first to add wheels to a sled? Yes, that seems like an innocuous topic, but it’s also the holy grail of roller coaster history. The first person to accomplish this simple addition, putting wheels on a sled, is also the one who invented the roller coaster cart. And the roller coaster itself. You can understand why each country is so emphatic that they deserve the credit.

Russia’s argument is the most organic one. They maintain that it was a natural step for one of their innovators to take an invention they’d already created and enhance it. After all, most of what I just described in the past section stems from precisely this process. As is the case with those irrefutable claims, this one involves Catherine the Great.

Allegedly, one of her minions, James the Third delivered an edict to the people of Saint Petersburg. He wanted a new iteration of the Russian Mountains to show his ruler. She was looking for something new and exciting after literally hundreds of sled rides on the original version. This might be historically inaccurate, though. Catherine the Great was 55 at the time, which is like 75 today. She was either right at or just beyond the average life expectancy of the era. Imagine your grandmother on Fury 325, and you can form your own opinions on the plausibility of this scenario.

Assuming the entire story isn’t apocryphal, one of the royal subjects developed a roller coaster cart at the Gardens of Oranienbaum in Saint Petersburg, which was the mecca of Russian Mountains tracks. It was a carriage rather than how conventional coasters look today, and it bounced over the hills awkwardly. That’s probably why it didn’t find immediate success. Allegedly, this event transpired in 1784, which is important since the French claim didn’t happen until 1817. The American version, the quantifiable one, also didn’t arrive until 1827, so the Russians do have the best claim to the world’s first roller coaster.