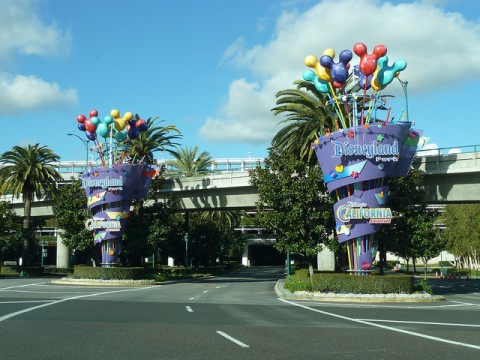 It's a silly fight, but it's one that every Disney Parks fan has had at least once: Which is better, Disney World or Disneyland?

The debate, at this point, is tired. We all repeat the same talking points.

“Orlando has what Walt always hoped for: the blessing of size!” “Oh, yeah? Well Anaheim has things that Walt actually designed himself!” “But our monorail actually goes places. And look at all those hotels!” “Psh. We have the best Pirates of the Caribbean. Checkmate!”

And so on, and so on, until the end of time.

But here's the thing: It doesn't actually matter which is better. They're different in so many ways, that no matter how many times you've been to one, the other will still feel foreign. That's why it's so important to visit both, if you're a Disney fan.

I grew up on the east coast, and I've been to Disney World countless times. Disneyland, however, is another story. I recently visited the Anaheim park, and speaking as a Disney World lifer, it was quite the eyeopening experience. I learned a lot.

1. No, that weird feeling doesn't go away 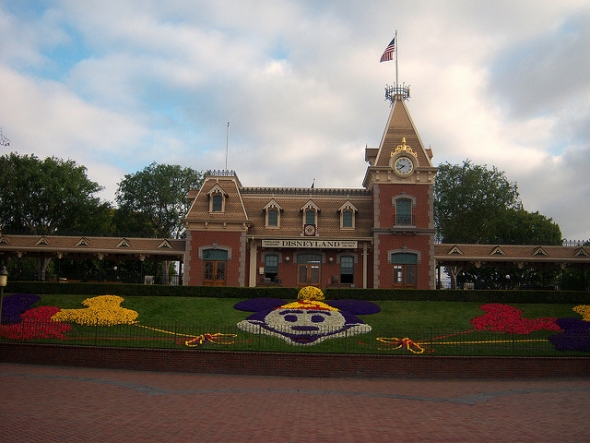 From the moment you arrive in Los Angeles until the moment you board your plane home, things on a Disneyland trip just feel … odd, if you're a Disney World person. There's a dreamlike quality where things seem similar to what you remember if you squint your eyes enough, but in reality, there's an uncanny distance between what you expect and what you experience.

Everything from the parking garage to the Welcome Plaza to Downtown Disney all feel like Disney, but they feel like a Disney you aren't used to. And since Disney is, largely, a brand of nostalgia, that disconnect is rather jarring.

And it doesn't subside, even while you're in the park.

As you approach the front turnstile of Disneyland, you see the train station and the walkways and the hint of Main Street USA, and it all feels like home. But as you turn the corner and finally get your first glimpse down the length of the famous boulevard, Sleeping Beauty Castle feels like it's been photoshopped into your line of sight. The familiar pieces are there – the hub, Tomorrowland to the right, Adventureland to the left – but it just feels eerie.

It's not a bad feeling! On the contrary, it's actually rather electrifying. The strangeness adds an edge to the entire experience, making it feel all the more special. But it's a rather confusing thing feeling like you've been somewhere before, even while you know you never have. 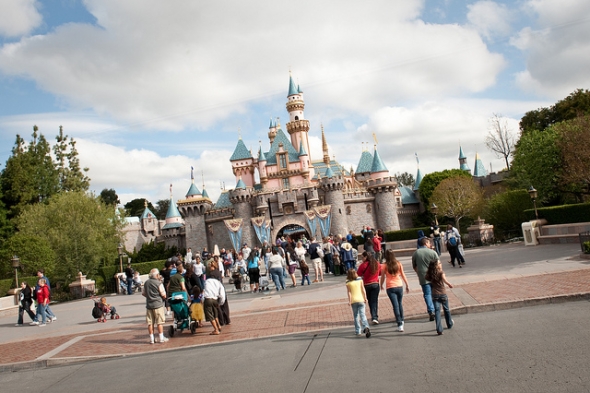 In the debate over whether Disney World or Disneyland is better, the Orlando side of the argument will inevitably bring up size. And, yes, Disney World cannot be beat in that regard.

Not only does Disney World have the land for four theme parks, two water parks, several shopping districts, a whole host of hotels, and an athletic complex, but it also has the space to build attractions and lands that have a real sense of scale; Spaceship Earth is awesome because it's legitimately huge.

Disneyland doesn't have anything on that same level. Disney California Adventure comes close in the Paradise Pier area, but even that doesn't quite feel as grand as some of Disney World's vistas.

But, there are more to theme parks than square footage and feet of height, and Disneyland manages to pack a punch with its tiny size. Attractions like Space Mountain, while smaller, fold in upon themselves, making them feel a bit wilder.

And beyond that, Disneyland knows that if it can't wow you with size, it has to do so instead with immersive story. Few attractions boast the same level of intricate theming as Indiana Jones Adventure. No restaurant at Walt Disney World has the same ambiance of the Blue Bayou in New Orleans Square. Disneyland has less, but it tries to do so much more. And, ultimately, that effort shines through. They have less space, but it's all used extremely well.

I live 2 blocks away from Disneyland and have had an annual pass since 1986. When the conditions are right I can hear the train whistle in my living room. So the opposite is true for me. WDW is jarring and odd. At Disneyland it is not unusual for people to ride Space Mountain, then decide to ride Haunted Mansion, then head over to Small World. If you did that at WDW you would be wore out before lunch. Everything is so far and spread out. I feel like I need to have a game plan there and go to a land, see what I I want to see and then move on to the next land. It's more fluid at Disneyland.
Don't get me wrong, I love WDW. But when I get home I almost feel like I need a vacation to rest up from my vacation. Disneyland is home and the park in my backyard.

Growing up in Ohio, I went to WDW for the first time in the late 70s. I believe we only went once or twice. I then took my kids to WDW in 2010 and then we went to DL/DCA in 2013. I liked all the parks and resorts of WDW (there was never any downtime). But I also LOVED the intimate feel Disneyland had. Walt had walked those streets and rode most of those rides. Sure I thought the castle looked like a small toy compared to the one at Magic Kingdom BUT I lov how you can get from one side of Disneyland to the other in 5-10 minutes instead of the half hour or so of WDW. The cast members seemed nicer in WDW but the park goers seemed nicer in Disneyland.

I grew up in California, so Disneyland was the only place I ever visited until I became an adult, and left the state. I fell in love with Tokyo Disneyland, Disneyland Paris, and most importantly Walt Disney World. I thought that Disney World was the only Disney destination I would ever need to return to.
That being said, last month, I returned to Disneyland for the first time in over 20 years, and I was home again.

Oddly enough, I felt the exact opposite. I moved to Florida 7 years ago, and I found that WDW wasn't nearly as detailed or intimate as Disneyland. When people ask me which is better, I always say the same thing: Disneyland is better than Magic Kingdom, but WDW is better than Disneyland resort (it's that size thing). Disneyland is far more attraction dense, and most of the attractions there are superior to the ones here (I'm looking at you, Pirates). One thing I definitely can agree on, if you're a Disney fan and all you've seen is WDW, you're really missing out on not seeing Disneyland!