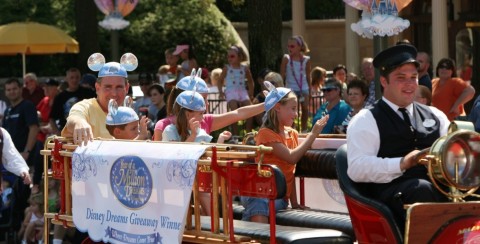 Have you shown your Disney Side? Did you visit Walt Disney World at all during the Year of a Million Dreams? Or perhaps you were there for the Millennium Celebration?

From the late 1990s on, Disney has instituted a series of marketing promotions geared towards enticing certain kinds of guests to visit their theme parks. You might be wondering what exactly I mean by certain kinds of guests - after all Walt Disney World is a business, wouldn’t the target audience for this kind of product simply be anyone who wants to go on vacation? It's actually a little bit more complicated than that. 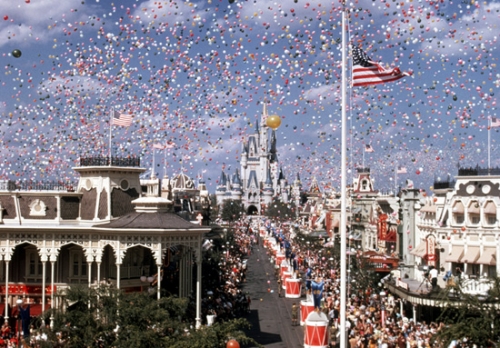 When Walt Disney World opened in 1971, much of the marketing for the resort was based off descriptions of a grander, larger version of Disneyland—which is what the company expected Florida to become before and in the years immediately following the park's opening. The earliest known advertisement for Walt Disney World that guests can easily find and look back on today is a television commercial sponsored by the now defunct Eastern Airlines. The ad, which quite frankly can come across as a bit terrifying to modern audiences shows a young girl running through a forest where encounters many Disney characters who prove to be completely useless, and in some instances downright rude during her search for the Magic Kingdom. Eventually, she finds the Magic Kingdom, as explained by an ominous narrator who explains that you can get to the Magic Kingdom via Eastern Airlines.

While the entire concept of this commercial might seem downright strange to viewers today, at its core this ad is simply suggesting that the Magic Kingdom is a place you should go to, presumably either because you have children or because you are looking to escape the "real world," both themes which have always been present in the marketing for Disneyland. Throughout the 1970s, Walt Disney World grew in popularity, and the company's marketing plans for the resort continued to focus on getting the whole family together for a vacation. "The Vacation Kingdom of the World," as Walt Disney World became known through some marketing tactics, was also exemplified as the best destination for families, in advertisements that pushed a Disney vacation into American living rooms as a sort of rite of passage.

Grown-ups are part of the family too 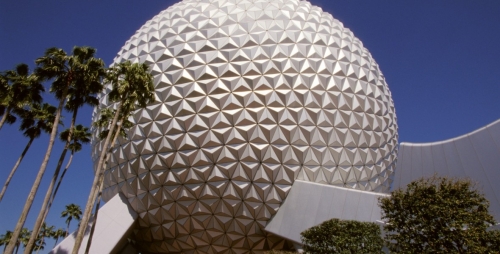 As the 1980s rolled around, Disney's marketing techniques began to narrow down more of a somewhat unexpected target audience: adults. Since the opening of Disneyland, Disney theme parks had been primarily marketed to guests using two specific kinds of guest who would likely end up visiting the park: One of these was parents who wanted to make their children happy. This group is evidenced by the Disney commercials and print advertisements you've probably seen that focus very heavily on a child meeting Mickey, or have used specific words or phrases as if the narrator is speaking to the parents about taking their children to the park. The other typical Disney demographic is the family unit, which although has really taken over as the target audience in recent years has always been a huge part of promoting the theme parks.

By the 1980s however, adults were being targeted regardless of whether or not they had children, and even in some cases because they had no children (or at least they would not be bringing the kids with them on vacation). After all, "Adults are just grown up kids anyway," as Walt once said, right? 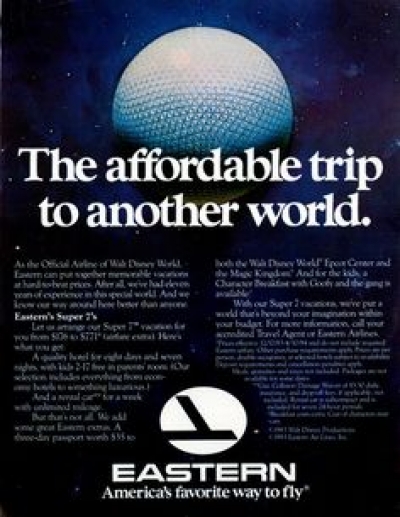 Image: DisneyInterestingly enough however, marketing promotions during this time period did not focus on Walt's idea of everyone being able to act like a kid while visiting his park. Instead, the 1980s were heavily focused on promoting Disney's bars and nightlife, resort recreation, spas, and fine dining experiences... all things adults would enjoy doing without their kids.

In fact, a number of promotions distributed in the 1980s actually focused on surprising the viewer in terms of how many non-Magic Kingdom things there were to do in Walt Disney World. Rather than following the traditional route and discussing how great it would be to get the whole family together in the Magic Kingdom, and make sure the kids meet Mickey Mouse, these promotions focused heavily on adults getting away from it all, including the kids, and potentially even including the Magic Kingdom. 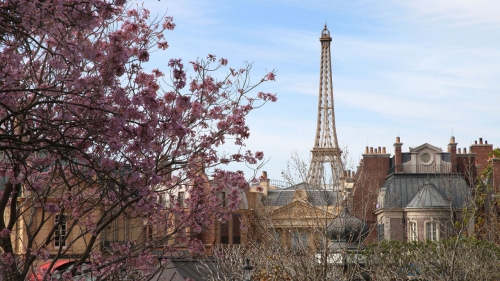 In 1982 EPCOT Center brought a wealth of new adult-forward activities to the park that was generally known for being a place to take children. With World Showcase, that topped anywhere else at the resort in terms of dining (and drinking) and Future World with many of the attractions simply going over young childrens' heads, EPCOT Center was the perfect addition to the resort for adults. Of course, one would imagine that Disney would have preferred EPCOT Center to have been just as much of a hit with the kids as with the adults, but having EPCOT Center open certainly did help push forward all of the adult centric marketing we now remember as part of the 1980s.