Thinking About Taking a Trip to Tokyo Disney Resort? Read This First! 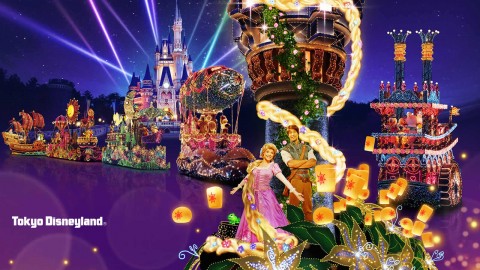 Sure, you’ve visited Disneyland, the origin of the theme park industry. You felt you had to go, even as you wanted to go. Otherwise, you couldn’t call yourself a self-respecting park junkie. You’ve also traveled to Walt Disney World, probably multiple times. These two locations are the heart and soul of The Walt Disney Company, and even if you haven’t attended both yet, you know that you’ll go someday.

Why stop there, though? Magic Kingdom and Disneyland are the two most popular theme parks in the world, claiming 2015 attendance of 20.5 million and 18.3 million respectively. Only one other theme park on the planet claims that type of attendance, and you should have it on your bucket list as well. Tokyo Disney Resort has dazzled theme park tourists for more than 30 years, and it’s universally regarded as the best run Disney theme park outside of the United States. One of the two gates there also receives acclaim as the best overall theme park in the world. Here’s everything you need to know about planning a trip to the Happiest Place in Japan….something you should do immediately.

Ignoring its first year when it wasn’t open until April, Tokyo Disneyland at Tokyo Disney Resort has enjoyed at least 10 million guests on an annual basis. By their own attendance stats, the parks at Tokyo Disneyland have received 630 million guests during that timeframe. What’s remarkable about their traffic is its consistency. The theme park claims a reputation as one of the best recreational options in the entirety of Japan.

One of the primary reasons for its sustained excellence doesn’t involve Disney at all. Instead, the owner of these facilities is The Oriental Land Company (OLC), which earned an exclusive contract with Disney that allows them to run a Disney theme park as their own. OLC works in close cooperation with Disney to ensure that their attractions meet the impossibly high standards of Walt Disney’s original vision for his parks.

Guests at Tokyo Disney Resort are the beneficiaries of this unusual arrangement. That’s because one company runs daily operations while a second one offers suggestions on how to optimize customer satisfaction. The end result of this agreement is that Tokyo Disney Resort features some of the best rides of any Disney theme park, several of which diehard fans wish the company would bring to their American locations. Of particular note is Pooh’s Hunny Hut, which uses unprecedented trackless technology to deliver a different ride experience each time.

Planning a trip to Tokyo Disney Resort requires a bit more strategy than a normal vacation. If you’re someone who prefers spontaneity, that’s not what you want to hear. Still, travel to a foreign country always includes a bit more overhead. You’ll need to take a few steps to prepare, the first of which is obvious. You’re going to need to get a passport or make sure that the one you already have is current for your expected travel dates.

The next thing you’ll want is to set a target date for your trip. You don’t need to choose specific dates yet. In fact, you should actively avoid that. A bit of flexibility will work in your favor. Your primary goal during the early planning phase is to acquire plane tickets at the lowest possible rate. By shopping early, you’ll enjoy the ability to monitor cheap airfare options. The price difference here is so significant that you could pay as little as $450 for a ticket or as much as $2,000.

Every dime you save on your flight is more money you’ll have to spend for the rest of your trip. The economics of a Tokyo Disney Resort vacation are mercurial due to several factors including currency fluctuation. Finding a great deal on a flight will take the pressure off. As you can see, a pair of tickets at $900 versus $4,000 fundamentally alters the affordability of a hotel stay, theme park tickets, and food/souvenirs.

I won’t bore you with the details of finding a cheap flight. Thousands of internet articles provide tips on this if you’re not already familiar with the process. What matters the most is that you understandTokyo Disney Resort’s tourist calendar. Conveniently, it matches up well with American Disney parks. Months such as September, October, and November are considered less trafficked periods. The only notable exception is May, which means that you can get a jump on the summer for roughly the same price as the fall.

Peak season and Top season are Tokyo Disney Resort’s terminology for their busy periods. If you don’t mind a crowd, you can still have a lot of fun on these days. Virtually every weekend on the calendar (Friday-Sunday) qualifies for this category. As is the case in the United Stated, the most popular periods are July, August, and December. Note that the latter parts of July and December are much more crowded than the first couple of weeks for each month. OLC is much more precise about their grading of busy seasons.

The language barrier is something they try very hard to overcome.
On my recent visit more than one cast member had a pocket sized flip chart with necessary information/answers/requests that had them in chinese, korean and english (possibly others). They don't shove it at you either, they try to say what's on the card.
BUT the in rides and wait queues are in japanese.

Great "what to do beforehand" article! The only thing I think is possibly incorrect, is that the monorail system works as a separately ticketed transportation system. When we stayed (twice in 3 years) at the Tokyo Bay Hilton, the price of riding the monorail was not included. We still had to buy those separately from our hotel stay. This may be included with stays at the two many Disney hotels, but not with the others on the TDLR site. But honestly, the cost of multi day transport tickets is really reasonable too, so it won't break the wallet, lol.