10 Celebrities Who Were Disney Cast Members 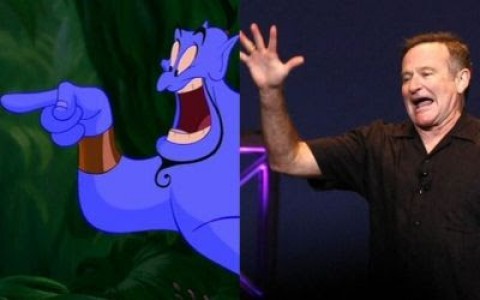 Everyone wants to work for The Walt Disney Company. From the moment a child visits one of their theme parks for the first time, that dream germinates from within. Once a person grows old enough to work for Disney, that job interview instantly becomes one of the most memorable moments in life. What’s fascinating about this desire to work for the company that Uncle Walt built is how many share that same wish. Some even get to live out their dream.

The best part is that absolutely anyone can work for Disney. Still, some skills translate better than others. If you want to portray one of the characters or perform in the shows, you need talent and a fair share of charisma. Some singing and dancing ability definitely helps, too. And improvisational skills go a long way in proving to your potential employer that you can turn even the most innocuous of moments into a special instance of Disney magic. Unsurprisingly, those same skills are what many celebrities have leveraged on their way to successful careers in the entertainment industry. What follows is a list of ten celebrities you might not know worked for Disney and what they did for the company. 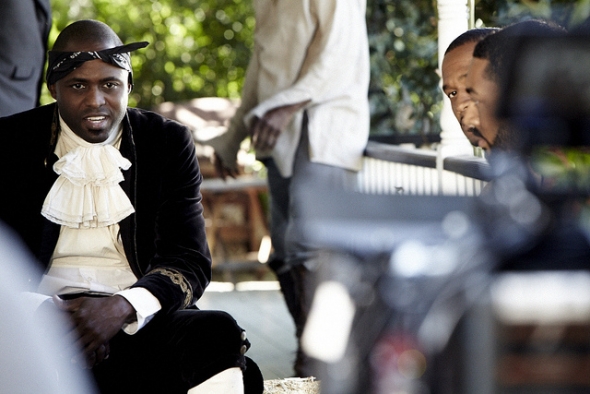 Whether you know Wayne Brady as the host of Let’s Make a Deal or as the terrifying, mercurial character from Chappelle’s Show, there’s one undeniable fact about his career. The talented comedian earned his celebrity by displaying his mighty improvisational skills on Whose Line Is It Anyway? One of the running gags on the show was that they’d find any excuse possible to get Brady to sing.

Given the above, the logical expectation is that Brady performed as a singer at Walt Disney World. NOPE! Brady put on a giant furry costume and dressed up as Tigger from Winnie the Pooh. He’s also one of those poor souls who miscalculated how hot he was in the cumbersome outfit. By Brady’s recounting, “I fell flat on my face. They carried me off with my recorded voice still going, ‘Ooh-hoo-hoo!’” Wayne Brady’s been making people laugh for almost 20 years now, but he freaked a lot of children out that fateful day at Magic Kingdom. They should have let him sing instead. 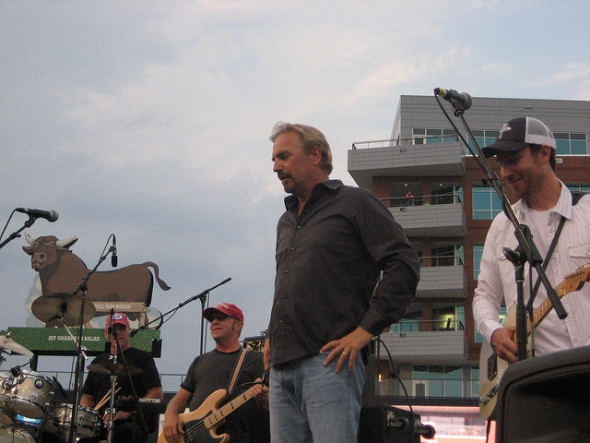 No matter what you think of Costner’s choice of movies throughout his career or his ability to pull off an English accent in Robin Hood: Prince of Thieves, there’s no arguing he’s one of the most accomplished actors of his generation. In fact, his movie trifecta of Field of Dreams, Dances with Wolves, and The Untouchables is one of the best of all-time.

Prior to his Hollywood career, the California native worked at Disneyland. He voiced a tour guide on Jungle Cruise, which is fortunately a role that doesn’t require a believable cockney accent. Costner did have a smooth enough tongue to talk his way into some special Disney magic, though. He got more out of his time working at the Happiest Place on Earth than almost anyone else listed here. Costner swept a princess off her feet, persuading one of the Snow Whites to marry him. Her non-costumed name was Cindy, and she bore him three children before he made Waterworld. At that point, she pretty much had to divorce him. 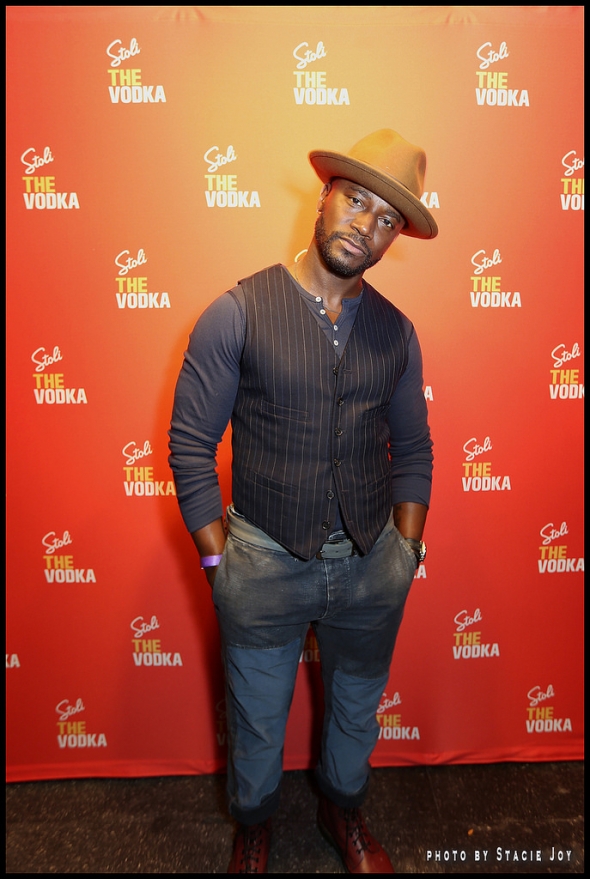 Hamilton is all the rage on Broadway right now, arguably the most exciting new play in 20 years. The last musical that caused such mass hysteria was Rent, and it starred Taye Diggs. His portrayal of selfish, greedy landlord Benny captured the hearts of many, including Rent co-star Idina Menzel. He eventually married the woman whose belting version of Let It Go became the de facto Disney anthem of the 2000s.

Long before Menzel became a Disney icon, however, Diggs honed his talents as a performer at Tokyo Disneyland. He worked as a dancer on Sebastian’s Caribbean Carnival. A year prior to turning heads as the villain in a Tony Award-winning musical, the New Jersey/New York native toiled anonymously on foreign soil while perfecting his craft. 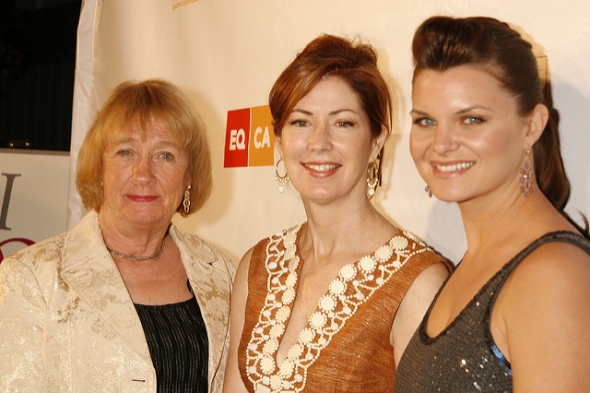 The late actress found her fame later in life. First, she stored as the lovable Mrs. Landingham, the keeper of the gate to the Oval Office on The West Wing. After the writers of the show broke the hearts of loyal fans by killer off her character, Joosten fell upward in her career. She began to work as Karen McCluskey on Desperate Housewives. She won two different Emmys for the performance, her first two major awards occurring after her 65th birthday.

Since the actress went through many dry spells during her 40 year career in television and movies, Joosten took any job in the entertainment field she could get. Her website indicates that she considers the dancing role she earned at Disney’s Hollywood Studios one of her biggest breaks. It gave her the courage to move to Los Angeles and try to find better gigs. Within months, she earned a part on Family Matters and worked consistently enough to survive until The West Wing made her famous. 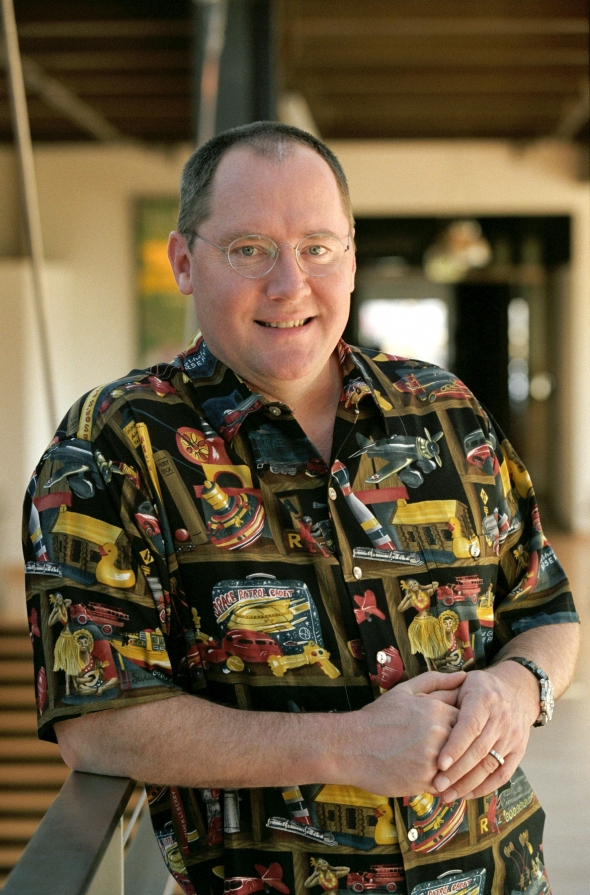 Fittingly, the man who is now in charge of the entirety of Disney animation started his education as an animator working with Disney legends. John Lasseter, the current Chief Creative Officer for Walt Disney Animation Studios, once transferred colleges simply because he’d heard that the best animation teachers worked at California Institute of the Arts. While there, Lasseter trained under three different members of Disney’s vaunted Nine Old Men. That wasn’t the only thing he learned, though. During the summers, he earned money by working at Disneyland. He too was a tour guide on Jungle Cruise, and he credits this job experience with teaching him how to master the timing of a joke. The future director of Toy Story got the point in the end.

And here's some neat trivia for you: Two of Lasseter's classmates at CalArts were Tim Burton and Brad Bird. Pretty amazing, right?