Disney Will Never Build Another Horror Attraction. This is Why. 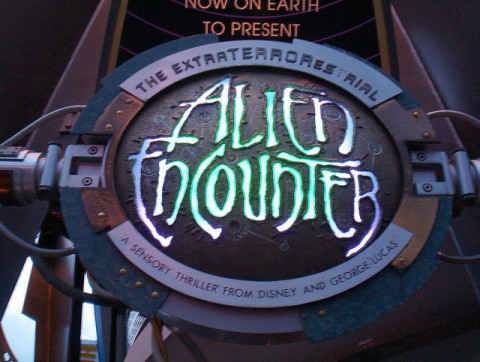 What happens when two conflicting ideologies, ones that are diametrically opposed, suddenly come into contact? Let’s look at a practical example. During the average year, Hollywood offers consumers the opportunity to watch at least ten horror movies. The underlying purpose of these slasher flicks is to scare viewers in a way that we somehow relish. It’s an odd part of humanity that we like the sensation of feeling scared, at least in a controlled setting.

During that same average year, Disney releases a couple of animated movies. One of them comes directly from Disney while the other is a part of their Pixar library. In recent years, each and every one of these animated releases is a masterpiece in the eyes of most critics. Even the worst regarded recent film, The Good Dinosaur, is 76 percent fresh at Rotten Tomatoes. Most movie producers would kill (possibly literally) for their releases to prove so popular with critics.

Since the release of Snow White and the Seven Dwarfs in 1937, The Walt Disney Company has proven literally hundreds of times that it’s the master of family films. Their theme parks stand as a testament to the intellectual properties that they’ve created over the past 80 years. But what happens when they do something bold by their standards? What’s the chain of events if Disney offers a new property at their most popular theme park, one that flies in the face of convention?

What’s the solution and, for that matter, what’s the problem when Disney introduces a horror title rather than a family-friendly theme park attraction? What happens when the irresistible force of adults wanting to feel scared clashes with justifiably protective parents not wanting their kids to get scared to death at Disney? The answer is that the Magic Kingdom experiences a huge Turning Point due to the aggressively mixed reception of ExtraTERRORestrial Alien Encounter. So, what changed and what did Disney learn from the experiment? Read on… 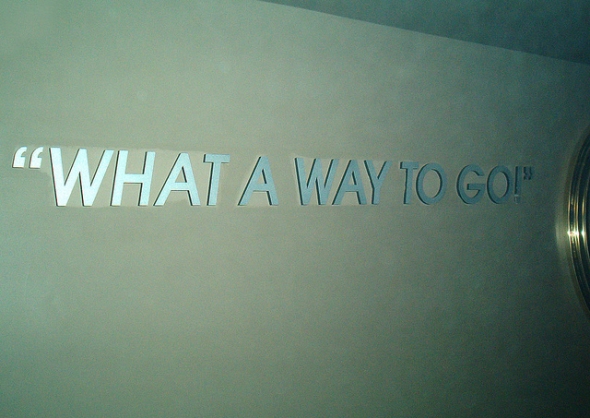 Finding the perfect balance between thrilling attraction and something too scary for child is an issue Disney has fought since its inception. Snow White’s Scary Adventures opened with Disneyland in 1955. Since the first day of its existence, Imagineers struggled to deliver an Evil Queen that could entertain families without reducing small children to tears. No matter what the marketing slogan says, it’s never the Happiest Place on Earth when a kid sobs uncontrollably.

In the four decades that followed, Disney introduced and gradually tweaked four different iterations of that same ride. By this point, the company believed they understood what customers wanted. They could craft an attraction capable of entertaining without terrifying. They were clearly overconfident…and wrong.

During the early 1990s, then-CEO Michael Eisner christened what he called the Disney Decade. Part of his ambitious plan involved enhancing the appeal of Magic Kingdom. At the time, it wasn’t the most popular theme park in the world, falling behind Tokyo Disneyland, although it was the most trafficked one in the United States. Disney understandably didn’t like that the most popular Disney theme park in the world didn’t belong to Disney but instead The Oriental Land Company.

In order to boost its perception, Eisner aspired to add attractions that were more than just exciting to fans. He considered that preaching to the choir. As a former movie studio boss, Eisner appreciated the value of major media news cycles. He wanted to construct rides that could entice CNN and the network morning talk shows like The Today Show and Good Morning America to send live crews to his theme parks. Even his detractors noted that Michael Eisner never lacked for ambition.

The perils of ambition 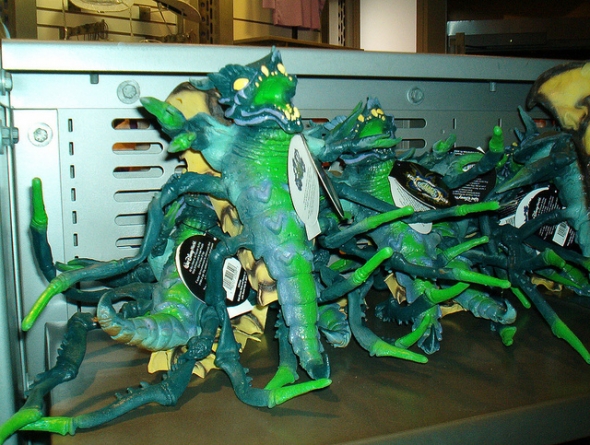 The type of stories that spoke to Eisner were the same ones he’d heard as pitches back when he was the CEO of Paramount Pictures. He loved stories that screamed big box office, and he felt the same underlying concept applied to theme parks as well. Splashy attractions would sell themselves, particularly if anchored to famous brands. It was an understandable thought process for a man whose Paramount titles included Beverly Hills Cop, Grease, Raiders of the Lost Ark, Saturday Night Fever, Star Trek II: The Wrath of Khan, and Star Trek III: The Search for Spock. More than 30 years later, all of those films maintain instant recognition amongst even casual movie viewers.

Disney’s Imagineers correctly deduced that they could persuade him to greenlight a new ride as long as it had the right hook. They felt they’d found it with a science fiction franchise carrying the stamps of approval of no less than Ridley Scott and James Cameron. They pitched the idea to their boss that Magic Kingdom could add an Alien attraction.

You know what sounds appropriately Disney? An alien that claws its way out of human intestines.

I don’t mean to sound dismissive here. I just don’t understand who signed off on this premise and what they were thinking. Mickey Mouse is a cuddly character who wants to snuggle all the good girls and boys who visit his theme park homes. Aliens are parasitic entities who seemingly exist only to subjugate the other species across the universe (even Predators!).  The disconnect between the Disney brand and the Alien franchise is unimaginably vast.

I remember this attraction. I experienced it, and it scared the crap out of me. It was one of the best experiences I had.

I loved The ExtraTERRORestrial Alien Encounter. Michael Eisner was a great CEO because he realized Disney isn't just for the kids. You need to have something for the adults to do and this was one of my favorite attractions at the parks! The special effects were fantastic. From showering you with water droplets to simulate the glass breaking that housed the alien, to the breath you felt on your neck and feeling it was right there with you! Keeping little kids off the rides you would think would be the parents job. But apparently not. Removing this attraction was the 2nd worst idea post Eisner CEO's did. Closing Pleasure Island was the First stupid idea. Now everyone leaves disney to go to Universal Citywalk when the adults want to enjoy the nights. Keeping in mind, Church Street station is where all the bars went out of business when Disney opened Pleasure Island. The dance club Mannequins, with rotating dance floor was my favorite and I have only been to Disney a few times since Pleasure Island closed. I would rather go support SeaWorld and do Universal and Islands of Adventure. Disney doesn't seem to care, kids grow up, so since they don't care, we have outgrown their parks.

I think moving it to future world would have been a fantastic solution. EPCOT needs a new attraction. I think now would be a good time to re-introduce it. I doubt they ever will though.