7 Disney Movies That Are Grossly Underrepresented at the Theme Parks 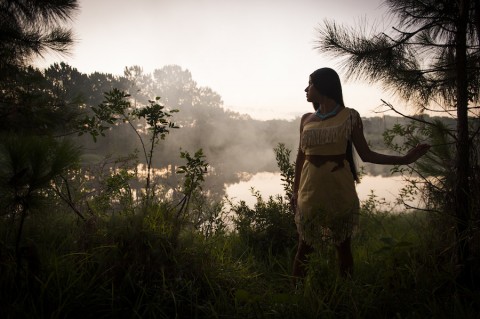 Some of the movies get all the love. For instance, The Little Mermaid and Beauty and the Beast both have themed restaurants and rides. Toy Story even has two rides with a full land on the way soon. Almost every park goer has had that moment where they think, “Why didn’t they do this?” or “Wouldn’t it be cool if –“. So let's indulge in a little armchair Imagineering real fast and take a look at some of Disney's most famous films that haven't quite made an impression at Disney parks. 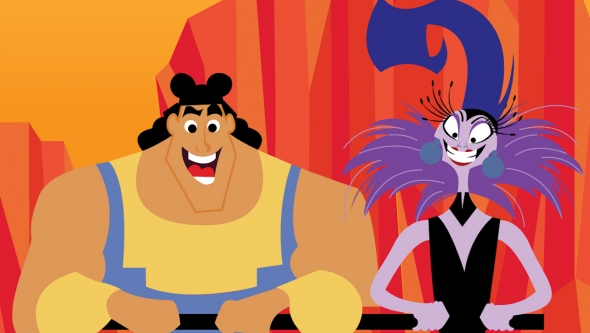 One thing that is especially perplexing is the fact that Disney didn’t capitalize on The Emperor’s New Groove within the Coronado Springs Resort. This writer, for one, would love to see a dedicated Mudka’s Meat Hut restaurant, perhaps where the Pepper Market is currently situated, or a more Kuzcotopia-themed pool. Another great option would be to build a thrill ride (a la Rock n’ Roller Coaster) based on the scene where Kronk and Yzma splash and spin their way down to the secret lab.

2. Princess and the Frog 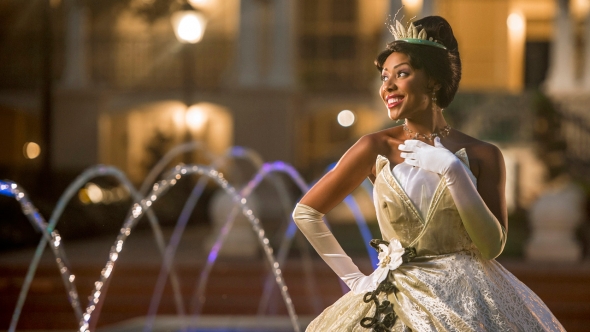 Image:DisneyOver the years, complaints have been voiced over the lack of presence for the animated film the Princess and the Frog. Though the movie didn’t fare as well as executives had hoped, Disney is not doing itself any favors by leaving out an animated Disney princess from its theme parks.

Tiana’s Palace, for example, is a prime inspiration for the French Quarter section of Disneyland park. I’m not saying it’s a shoo-in but would it really be that difficult to transform Café Orleans? A little French Cajun food, a little jazz, and a character meal with Tiana and the gang? Sounds like a good time to me. 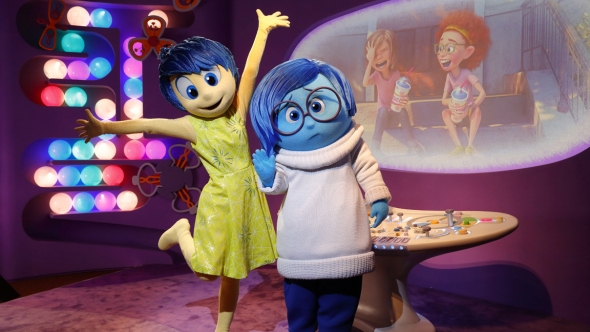 Image:DisneyAt first glance, Inside Out is just a cute film without much potential for translation off screen, but in reality, there are so many things that can be done with Inside Out. For example, in the movie, the “Train of Thought” is the connection between Headquarters and the rest of Riley’s mind. It seemingly follows no certain path, which lends way to a small family-friendly coaster or, perhaps, could be the park train that Shanghai Disneyland never built.

Another option could be to capitalize on the memory orbs within a dining setting. Disney could build an Inside Out themed restaurant that serves small tapas delivered in memory orbs on a conveyor belt. They could even go as far as to categorize the type of food depending on the color of the orbs. Lastly, the most common demand is that Inside Out be displayed through the outdated Journey Into Imagination With Figment attraction. Instead of travelling with Figment, guests could travel through Riley’s mind and learn about Psychology and how our minds interpret emotion.

4. The Nightmare Before Christmas

Image:DisneyDespite its outward wholesome family appeal, Disney is no stranger to dark themes and has often found ways to incorporate villains and scares into their parks. So it’s surprising when you find out that a movie as popular as The Nightmare Before Christmas has no permanent attraction in any of Disney’s worldwide park locations.

Such a brooding film actually sets a great stage to directly compete with nearby Universal Orlando Resort. Disney could easily make a ride to rival Harry Potter and the Forbidden Journey, swirling and whipping guests through Halloween town and Christmas town, while avoiding the wrath of Oogie Boogie.

Disney doesn’t have a Princess & The Frog ride because they focus on it on the cruises. Same with The Little Mermaid...

So pleased you mentioned Hercules - great Disney movie and such a shame it doesn't get much recognition within the parks.

Perhaps Disney isn't doing anything with Pocahontas because the movie was grossly inaccurate in its representation of history? I'm not positive, but I've heard that Mulan was also inaccurate.

While "print the legend" may have worked in The Man Who Shot Liberty Valence, a large attraction based upon Disney-fied history could be/would be/should become a public relations nightmare.

Tarzan needs to be represented more. Yes, they used to have a stage show at Animal Kingdom, emphasis on used to, but that ended over 10 years ago. When I was there last year, pretty much the only merchandise I could find was a pin. I agree with Hercules as well.

They should re-open the Wonders of Life pavillion in Epcot and set up Inside Out there. The previous attraction Cranium Command was incredibly similar to the movie.