5 Ways Disney Attractions Are Just Like Being in the Movies 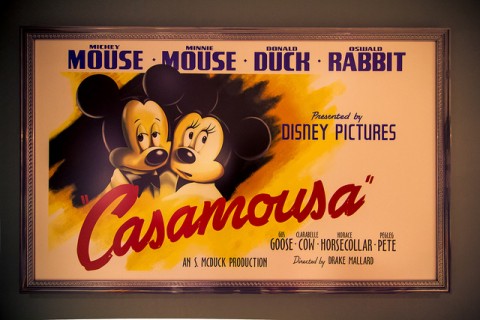 In the late 1940s, Walt Disney found himself struck by inspiration. What if, he thought, there was a kind of amusement park that immersed guests in a world of fantasy. What if he could create a situation whereby visitors could interact with pirates, see exotic wildlife, or experience American life as it appeared in the gauzy-eyed 1900s? What if he could build a world like that which existed in his films, but which could be inhabited by actual people?

Walt always felt tours of his movie studio were lacking, ultimately, because the production of a movie is never quite as magical as the final product. And so, he decided to make a world that was.

Thus, on July 17, 1955, Walt Disney opened the doors of Disneyland, saying “To all who come to this happy place: Welcome.”

But the amazing thing about the Disneyland story is not just that a filmmaker managed to launch what has become one of the most iconic vacation destinations in the world. That's amazing, yes, but what's even more unbelievable is that he did it with a group of people who knew nothing about amusement parks.

The first imagineers were filmmakers – recruits from Walt's many other projects who, in their spare time, were asked to help out in the planning of this new kind of recreation. They did so quite admirably, and their work has been viewed by hundreds of millions of people since its creation.

But because they were filmmakers first, the attractions they created weren't simply the roller coasters and Ferris wheels you'd find at other amusement parks. They told stories and immersed guests in new and unique experiences. That legacy of themed attractions has stuck with Walt Disney Imagineering ever since, and the techniques they borrowed from film have become trademarks of Disney Parks.

And so, when we look at Disney attractions, it's helpful to compare them to their closest counterparts: Movies.

Here are just a few ways the attractions at Disney parks across the globe really are like movies: 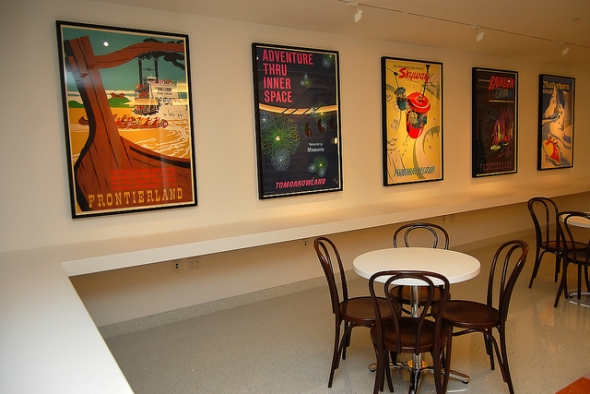 When you arrive at a movie theater, one of the very first things you'll see are posters advertising the films newly released to cinemas and some that are soon to come to the multiplex.

Those posters are there to get you excited not only for the film you're about to see, but for other films you might want to see in the future. In fact, movie posters have taken on a kind of subculture of their own, with film buffs often designing their own for the movies they love.

This idea is echoed in the design of Disney's parks – specifically the Disneyland/Magic Kingdom style parks around the world. When you walk through the Main Street train station, you'll see posters for the park's attractions lining the walls – and those posters are done in the classic movie style. 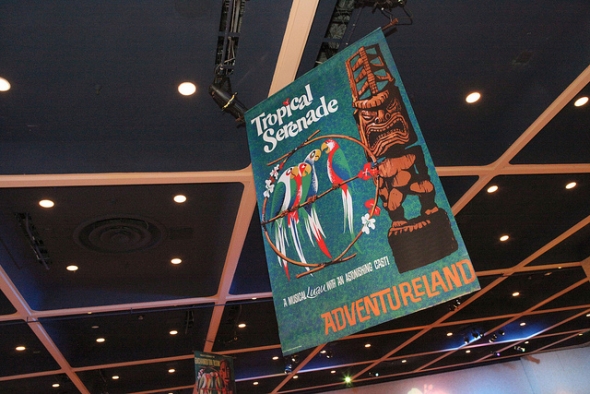 They've become such an iconic part of the Disney attraction experience that fans have even started making their own versions of these – following in the footsteps of their cinephile counterparts.

Like movie posters, the attraction posters often convey the mood and atmosphere of a ride far more than the actual story, but ultimately, those are the feelings that get you to ride the rides.

They're promotional tools, yes, but they're tools taken from the world of film – making you feel like you're really living in a movie.

2. They feature cinematography, editing, and direction 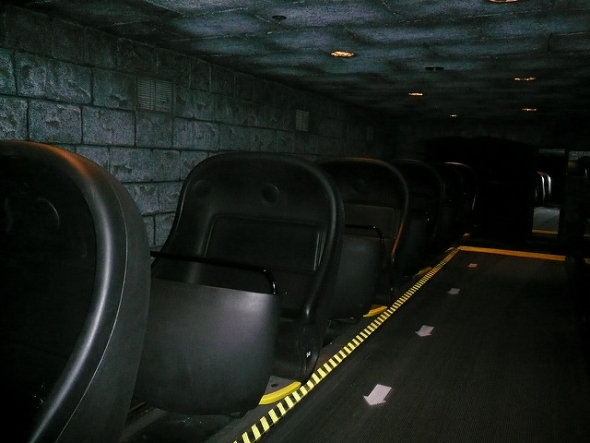 One of the key innovations in film was the idea that you could use the camera to draw the audience's attention to a specific moment, character, or object. For example, if you wanted the audience to focus on, say, the knife in a villain's hand, you could simply take a closeup of it. If you wanted to imply the passage of time, you could use an edit.

Because Imagineers wanted to tell visual stories with their attractions, they knew they'd need to adopt those same techniques in their design. They'd need to figure out how to force guests' attention to specific places at specific times, and they'd need to know how to make a story progress linearly while the audience was sitting inside of it.

Arguably, the most important innovation in this front was the omnimover – a ride system that fit the Disney aesthetic so well, they still use it in attractions today. The beauty of the omnimover was that it moved at a constant pace and imagineers had control over which way each car faced. That meant they could turn the cars to face certain scenes at certain times, thereby creating a story. The most famous implementation of this idea is the Haunted Mansion, where the Doombuggies are programmed to show you each room of the mansion.

Controlling your line of sight is a critical element of film, and it's something Imagineers perfected in their own attractions.