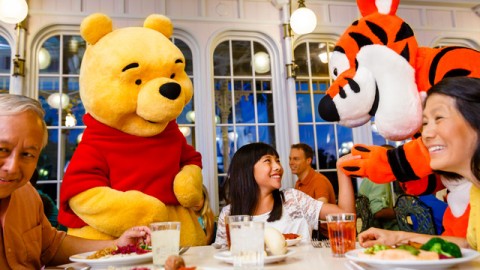 What's more fun than sitting down ot a meal at Walt Disney World? Sharing the experience with characters, of course! Plenty of character dining can be found on property, but as new movies and a few new dining destinations have come on the scene, here are some ideas for some character meals that we'd definitely make advance dining reservations for!

1. Mowgli and his pals at Skipper Canteen

The Magic Kingdom's newest eatery features "World Famous Jungle Cuisine" served by Jungle Cruise skippers, so why not invite Mowgli, Baloo, Bagheera, Shere Khan and the rest of the crew from The Jungle Book movie to the table as well? Some of the notable items on the menu include "Tastes Like Chicken" Because It Is!, which pairs marinated grilled chicken with stir-fry vegetables and rice; Falls Family Falafel, named after Schweitzer Falls' namesake, Dr. Albert Falls; and Trader Sam's Head-On Shrimp, which features shrimp, broccoli and rice in honor of everyone's favorite shrunken-head dealer. The movie has been a huge hit since it debuted in April 2016, and a character meal (even with some more-realistic characters than usual at Disney parks) would probably prove to be massively popular as well. 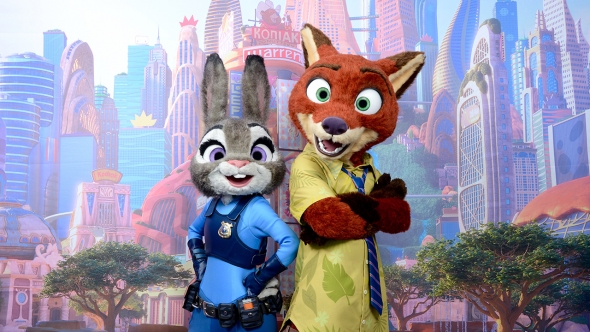 Another huge hit for Walt Disney Animation Studios this year is Zootopia which has already become the 26th highest-grossing movie of all time. But while the stars of the film, Officer Judy Hopps of the Zootopia Police Department and small-time con artist Nick Wilde, are available to meet and greet their fans at Disney California Adventure, their only appearance right now at Walt Disney World is in the Magic Kingdom's “Move It! Shake It! Dance & Play It!” Street Party. You might snag a dance with the duo at the twice-daily party, but it would probably be more fun to dine with them at Disney's closest version of a metropolis — the bustling Chef Mickey's at the Contemporary Resort.

Sure, it's not a new restaurant, but this forward-thinking pair would fit right in at the eatery near the monorail (and they could give the usual dinner entertainers, Mickey and his friends, a well-deserved night off once in a while). And while Bug-Burga's signature items like cicada burgers and grasshopper shakes aren't on the menu, you could indulge in items like peel-and-eat shrimp, roasted vegetables with pasta and citrus seafood salad.