How Uber Can Save You Time, Money, and Aggravation at Disney 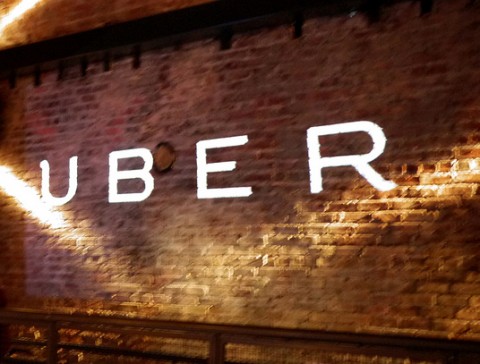 The phrase “game changer” is one of those shamelessly overused business terms that gets thrown around too often, much like “synergy,” “thinking outside the box,” and “my boss is an idiot.” Sometimes, it truly does apply, though. Consider Uber, a company that didn’t even exist until 2009. One evening, one of the company’s founders wandered the streets of Paris while lamenting the difficulties in catching a taxi, and the world changed forever.

Uber is now a company with a valuation of $66 billion, and they entered the arena of Walt Disney World and Universal Studios during the summer of 2014. Since then, they have fundamentally altered the way that theme park tourists navigate the greater Orlando, Florida, area. The same is true of Anaheim, California, and other popular entertainment establishments all over the world.

Discussing Uber and the ride-sharing industry as a concept leads to a strange dichotomy. Anyone under the age of 30 or living in a metropolitan area has a firm grasp of its utility. People in older demographics or smaller parts of the country/world struggle with the premise. Try having the conversation with someone only vaguely aware of Uber. You’ll get a confused reply like, “It’s like a hodgepodge of taxis and driving services, only with random drivers who don’t have special licenses?” And they’re right even if they don’t understand why.

Since ride-sharing has become such an integral part of theme park tourism over the past few years, this is the perfect opportunity to explore how it can help you. The surprise is that it’s a potentially useful service to residents as well as tourists. Here’s everything you need to know about theme park visits in the age of ride-sharing. 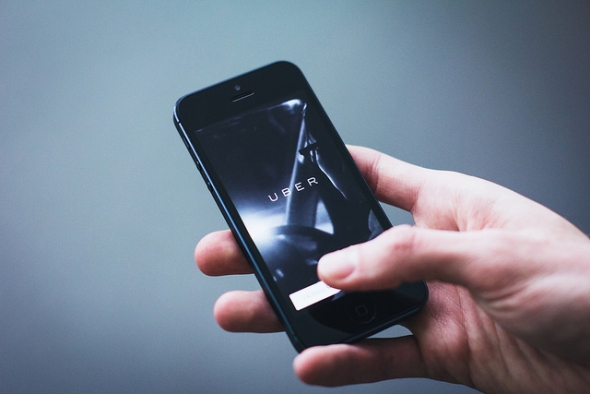 If you’re familiar with Uber, you can skip this section. Since I’ve had to describe ride-sharing to more than one friend recently, I’ll quickly go over the basics so that everyone can walk before they run (or ride before they can drive). Ride-sharing services such as Uber and its primary competitor, Lyft, operate as smart device apps. A person who needs transportation somewhere pulls out their phone/tablet and loads the appropriate program. Then, they identify the designated location as well as a few germane details about the trip. An Uber user must note how many riders will partake on the journey, and they’ll want to stress any luggage needs.

This brings us to sunny point number one. Multiple types of Uber/Lyft service exist. The founders of each company introduced these tiers to solve the nuanced needs of travelers. Guests traveling alone can fit in virtually any vehicle. A party that includes parents and children plus the accompanying luggage will have extra requirements. Simply by choosing the appropriate service, the Uber user can have complete confidence that they can enjoy timely transportation that fits their needs.

The ride-sharing process is admirably seamless. Once the user notes their current location and designation, they will receive a notification when a driver agrees to the transport. Generally, this happens in minutes if not seconds. From that point, a GPS system will display the driver’s position relative to the pick-up location. A notification about estimated time of arrival is also part of the display. It’s a smooth way to ensure that rider and driver meet at the current spot in a timely fashion.

Services such as Uber and Lyft are generally cheaper than taxis. During my most recent trip to Walt Disney World, we only paid more than $10 for an Uber once, and that was actually a tremendous value I’ll explain in a bit. The important basic of ride-sharing is that as long as you’re close to a smart device, you’re only minutes away from affordable transportation. And you can exploit this service to maximum effect. Here’s how.

Your own personal chauffeur

In the early days of ride-sharing, Disney was averse to the practice. They had longstanding contracts with various transportation services such as Mears in Orlando. They didn’t want to diminish the value of those business relationships by offering ready access to Uber drivers or the like. After a time, Disney accepted that their customers sought to use ride-sharing services on occasion. The company’s business model is predicated on satisfactory customer service, which is why they’ve relented.

Today, an Uber pick-up is a simple practice. Ride-sharing chauffeurs have the ability to drive to the lobby of the hotel/resort. What this means from a theme park tourist’s perspective is that the practice works the same as Disney’s bus system, possibly even better. Drivers have the liberty to go to a specific building. Guests at larger hotel campuses such as Disney’s Old Key West Resort, Disney’s Saratoga Springs Resort & Spa, and the various All-Stars properties can request pick-up in the parking lot of their building, saving valuable time. Simultaneously, they avoid the aggravation of the oftentimes chaotic hotel lobby area of Disney facilities.

The beauty of ride-sharing is that the customer has control of the process. In addition, the tiers enable additional customer support. Families with young children can request cars with such devices via the new UberFAMILY service. Some cars can even accommodate families with multiple small children in need of car seats. Since such families are the bread and butter of Disney vacations, Uber blends perfectly with the needs of Disney’s loyal customer base.