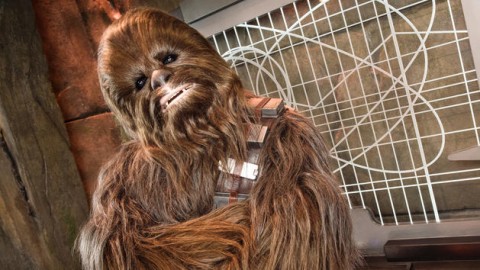 Just a few weeks ago it was revealed that the newest meet and greet to hit Walt Disney World, the Royal Sommerhus in the Frozen-ified Norway pavilion, would not be offering FastPass+ reservations when it debuts in just a few weeks. 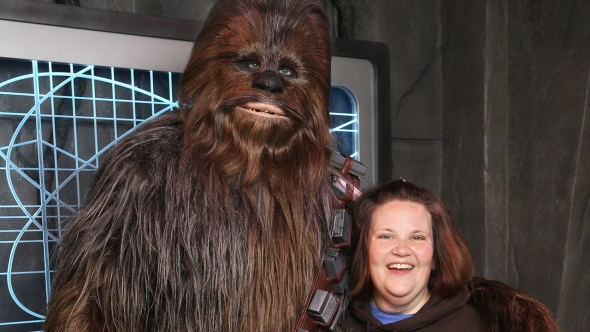 The Star Wars Launch Bay at Disney’s Hollywood Studios is filled with all kinds of treasures for diehard fans to discover — from lightsaber replicas to behind-the-scenes footage — but the longest lines (usually anywhere from 30 to 45 minutes) are reserved for the chance to meet some of the beloved characters from the legendary movies. And Chewbacca’s lines will probably be even longer since he’s been in the news lately (thanks to “Chewbacca Mom” Candace Payne, seen with her hero above).

Chewy’s big heart and quick wit are on display here, and after your encounter with the fuzzy giant, you can head over to the dark side and visit the newest “Star Wars” villain, Kylo Ren. He replaced Darth Vader at the attraction earlier this year, and with such a huge list of characters to choose from, other “Star Wars” stars could come and go from the site in the future. So if you get the chance to meet your favorite while he or she is there, go for it! Lines are typically shorter at lunchtime (around 11 a.m. to 1 p.m.) and right before Fantasmic (about 9 p.m.) Keep in mind that these characters don’t sign autographs (Chewie is reportedly known for “breaking pens and getting frustrated”) and Kylo Ren adds an intimidating air to the atmosphere, but it’s all in good fun! 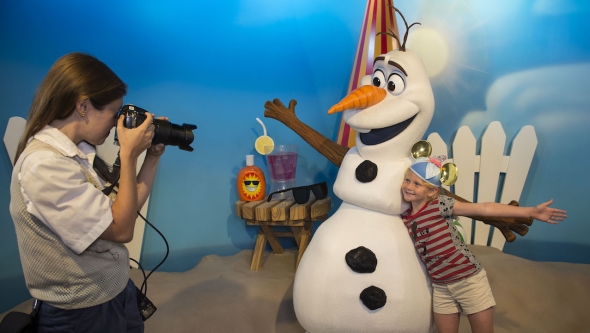 Now that his favorite season has unofficially started, the loveable snowman from “Frozen” is making daily appearances at Disney’s Hollywood Studios. You can meet Olaf at the brand-new, summer-themed Celebrity Spotlight in the Echo Lake district Some good times to meet this newest character is at dinnertime (around 6-8 p.m.) and during the park’s nightly fireworks show (around 9 p.m.) Try asking Olaf if his hugs really are warm! 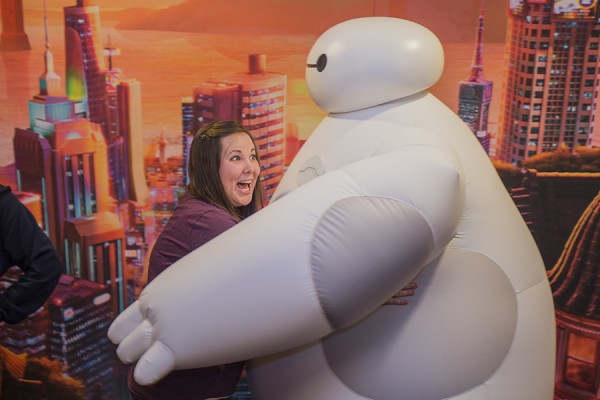 The huge star of “Big Hero 6” is worth meeting just to take in his costume, which is one of the most unique at any of the parks. You can find Baymax at the new Character Spot at Epcot, which is off to the right when you enter Future World plaza. The line to meet Baymax is usually 20 to 30 minutes long, and there are some things to remember when you meet him. First, you can’t wear pins or lanyards when approaching him, and a cast member will remind you to only give him gentle hugs! Baymax also doesn’t talk, but he does blink. If you get to see this character when the park opens, while most people are rushing to Test Track and Spaceship Earth, you’ll likely have a much shorter wait!