If you are looking for souvenirs at Disney parks, you might find a few ... thousand! Everything from a $5.99 Buzz Lightyear antenna topper to a $37,500 crystal-covered replica of Cinderella Castle is available for purchase on property.

While most of the items are favorites that return to stores year after year, some souvenirs get pulled from shelves, never to return. Sometimes the items vanish just because they didn't sell well, sometimes they became outdated and other times, the reasons for their removal are more controversial. Here's a list of souvenirs that you'll no longer find at Walt Disney World.

Image: DisneyDisney's own currency could be used to buy souvenirs, but they also made pretty nice souvenirs themselves. The bills — which featured the images of dozens of Disney characters over the years including the fab five, the Disney princesses and more were first circulated in 1987, and came in denominations of $1, $5, $10, $20 and $50. This currency could be spent  just like U.S. dollars (and even had their own anti-counterfeiting printing and serial numbers), but many people chose to collect them for their beautiful designs instead.

Sadly, Disney decided to stop publishing and selling the dollars in May 2016, likely because it's cheaper to produce gift cards instead of the printed money. The dollars will still be accepted as payment at Disney parks (because they have no expiration date), but if you're lucky enough to own some, you might want to hold onto them. They're about to become pretty scarce, so they're going for many times their value on eBay. 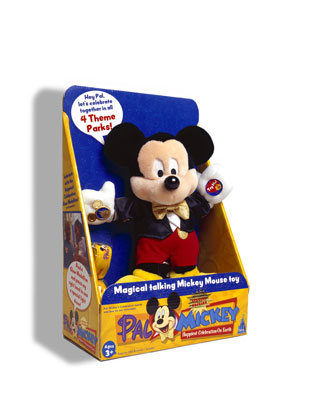 Image: DisneyIn the early 2000s, you could be led around Walt Disney World's four parks by your own personal plush tour guide. Pal Mickey's microprocessor chip and infrared signal communicated with points throughout the parks, and the toy presented attraction information and trivia. You could also listen to jokes and play games like a Disney version of Simon Says, where you had to press Mickey's hand or belly in a certain pattern. The toy featured a loop on the back of its head so it could literally hang out with you via a clip or a lanyard hook, and Disney even offered options to purchase Pal Mickey (for $50) or rent it (for $8 day). While the company rolled out two more deluxe versions in 2005 and 2006, it pulled all Pal Mickeys from the parks in 2008 (though the technology continued to work until 2014). The company decided to stop servicing the infrared technology to instead focus on the RFID tech in MagicBands. 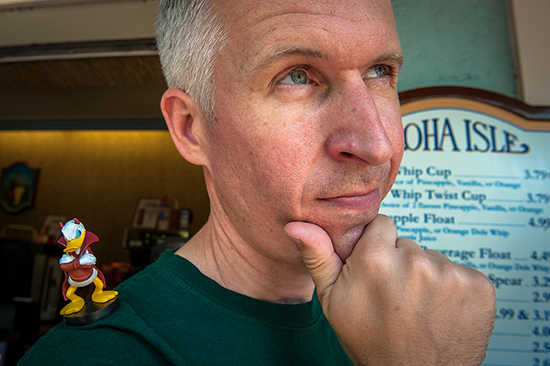 Speaking of hanging out with characters, Disney once offered another option —although these were much more low-tech than Pal Mickeys were. Tagalongs were little figurines that you wore on your shoulder. They came in a wide variety of characters, from Yoda to Jiminy Cricket, and each magnet disc-bottomed figure cost a reasonable $7.95. However, Tagalongs' shelf life was short-lived. They first appeared in Disney shops in 2014 and were starting to be clearanced out just a year later. Their lack of popularity may have been due to the fact that the figures could be easily lost on rides.