Disney Just Shut Down its Most Dangerous Show Ever. Here's the Inside Story. 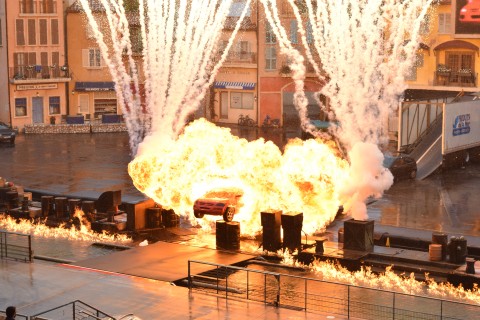 The Lights, Motors, Action! Extreme Stunt Show was performed daily at Disney's Hollywood Studios from May 5, 2005 to April 2, 2016. The show featured live action stunts performed on cars, motorcycles, and jet skis and provided insight into how different stunts are filmed in some of our favorite movies.

The show was popular among fans, which was evident through its routinely packed shows in a stadium that held nearly 5,000 guests. On the show's final day, It is not surprising that so many of those fans came to see the performance once last time, and to say their good-byes to a favorite attraction. As a seasoned Lights, Motors, Action cast member, I was especially sad to see this attraction go, even though my affection for it didn't exactly start immediately... 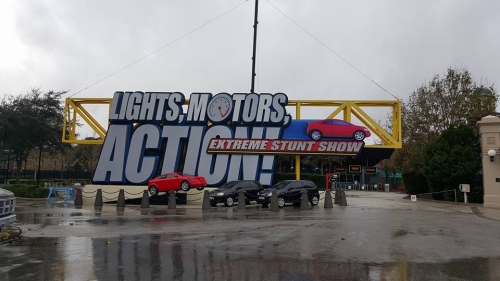 In the fall of 2014, I was participating in the Disney College Program as a merchandise cast member in Animal Kingdom's Dinoland USA. I was planning on extending my program into the next semester, and while I did enjoy merchandise I was hoping I would be assigned to a different role. In hopes that I would be placed in attractions, I listed my favorite rides in the location requests section of the application: Spaceship Earth, the Haunted Mansion, Tower of Terror, and Expedition Everest.

A couple of weeks later, one of my managers in Dinoland presented me with a preliminary training schedule for my new location, which the form stated would be in Hollywood Studios. Immediately upon reading the schedule, I could not help but assume that I was placed at Tower of Terror. Even though I would not find out my new location until a week before I was to transfer, my hopes had been up so high for Tower of Terror, that anything less would have felt like total devastation. 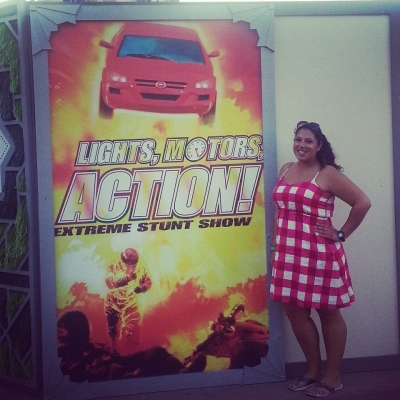 When the time finally came to view my next week's work schedule and discover my new location, I was met with disappointment and confusion. No part of my schedule appeared to be related to Tower of Terror—it simply read: "LMA 8:00 – 16:00." "LMA?" I thought, "Little Merma—no... OH... Lights, Motors, Action!"

A day in the life at Lights Motors Action 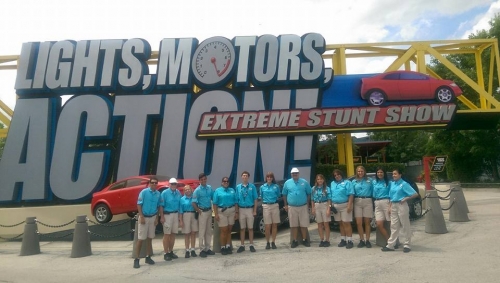 After coming to terms with the realization that I would be working at Lights Motors Action, my first thought was probably similar to many other cast members who end up being placed at show attractions, "but I wanted to work at a ride." Before I set foot in the attraction itself for my training, I couldn't help but think that working at a show would be boring compared to a ride. I wanted to work at one of my favorite attractions like Spaceship Earth, or somewhere with a really interesting storyline like Tower of Terror. I imagined that working at any show would be hours upon hours of telling guests to move all the way down to the end of the row, and not much else. Thankfully, I was wrong.

For attractions cast members, a day at Lights Motors Action starts with meeting in the break room for Track Talk—a short meeting in which the operations' coordinators would discuss everything we'd need to know to successfully run the show on any given day. Everything from the weather, to how many showings of Fantasmic would be performed that night, to how many guests were expected to enter the park, would be discussed in Track Talk. 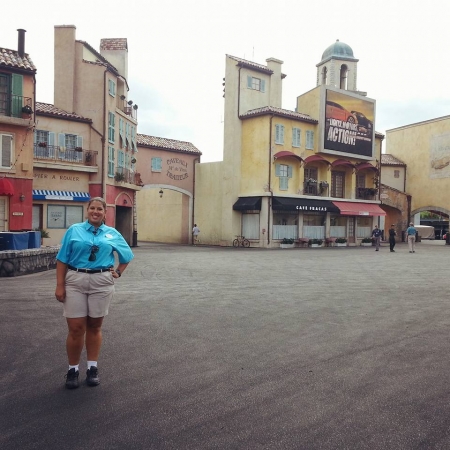 Following Track Talk, each cast member would pick up his or her position for the first show of the day. Lights Motors Action typically only had two shows per day, with the exceptions of the busier times of year when a morning show was added. As a guest, you are probably familiar with a couple of the positions at Lights Motors Action, because they are replicated at most other attractions in any Disney park: greeter (greets guests entering the attraction), photocell (stands behind a counter where guests are automatically counted upon entering, also greeting and directing the crowd), strollers (parks the strollers), and Fastpass (works the Fastpass entrance).

The positions that are more specific to Lights Motors Action, at least in how they function, include merge assist (merges the Fastpass and the standby lines), merge (separates guests based on individual needs like lower level, wheelchair, or transfer seating, while directing the crowd based on the coordinator's radio calls), covered queue (directs guests either through the tunnel or to the left side of the stadium based on the coordinator's radio calls, and loads elevators with guests using wheelchairs and their parties, opens and closes gates to prepare for the show's finale), covered queue assist (directs guests on the mezzanine, and keeps and accurate count of how many wheelchair transfer seats are remaining for other cast members), house assist and VIP (seat guests using wheelchairs and VIP parties), house right and house left (load all other guests into the stadium and direct the crowd based on the coordinator's radio calls), and of course, packer (makes sure guests move all the way to the end of their rows). 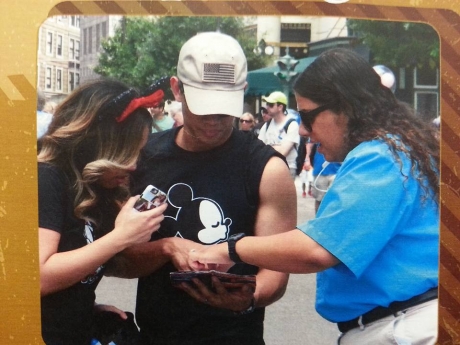 Like any other work location at Disney, cast members have their favorite and least favorite positions to work. My favorite positions were pretty much anything that didn't require me to pack. I wasn't crazy about covered queue because I found prepping the gates for the finale of the show to be a bit stressful, but in general anything that didn't involve me trying (and probably failing) to get guests to move all the way down was a good position to me.

For the sake of this article however, let's pretend our hypothetical cast member did indeed pick up covered queue. After learning their fates for the first show, Lighs Motors Action cast members would head out into the park to super-greet. Super-greeting is Disney speak for hanging out in the park and talking to guests- answering questions, and creating magical moments. For most attractions cast members, super-greeting only really happens when a ride is experiencing a downtime, which means that many of the guests' questions are going to be about what is wrong and when it will reopen, and super-greeting in general is probably not as regular of an occurrence. 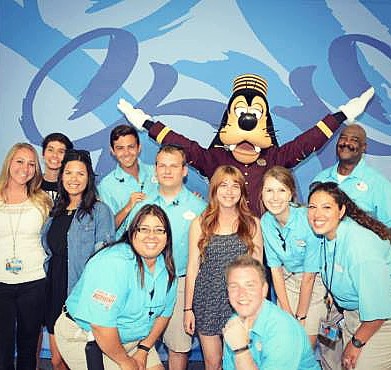 At Lights Motors Action, cast members super-greet for about an hour or so before showtime. While a couple of cast members should be stationed near the entrance of the attraction, other cast members were free to walk around the Streets of America area to interact with guests. When I worked at Lights Motors Action, this not only meant creating magic for guests on our own, but also with Mulch, Sweat, and Shears, the band that performed on Streets of America until last year.

Once the line opens to allow guests to enter the show, all the cast members would behind to make their way back to the attraction. Certain cast members, like greeter and Fastpass for instance, would need to be in position when the line opened, while other cast members had no real duties to complete until guests were to be let into the stadium.