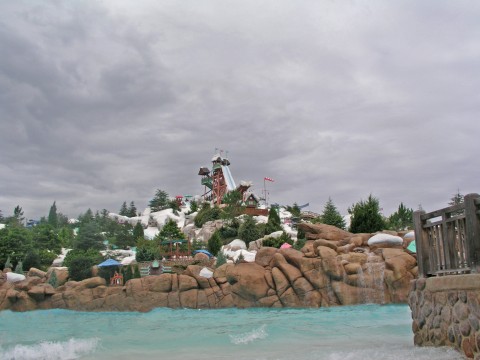 Anyone who has visited Orlando during the summer season has experienced at least one bad thunderstorm. Ask a local and they will tell you that an ordinary day starts out blue and clear, with clouds, wind, rain, and lightning quickly overcoming the sky by the afternoon. Not only do these storms dampen outdoor plans, but they can be dangerous. Florida is known as the lightning capital of the United States, with storms happening on average 100 times a year. Even worse, lightning injuring about 60 people a year in Florida. That is why it is important to stay aware and to plan your day around these storms, especially if you are visiting one of the half dozen or so water parks in the Orlando area. Despite the "magic" surrounding Orlando, serious injuries do occur, like a lightning strike that injured eight people at SeaWorld's Discovery Cove in 2011. While accidents so happen, there are many things you can do to keep you and your family safe at a water park during a storm. 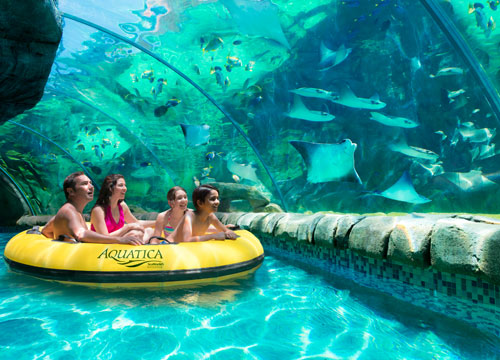 Most thunder storms tend to blow into the Orlando area between 2:00-4:00 pm. While these storms are fairly short (they usually pass by dinner time) they can be intense, with strong winds, heavy rain, and lots of lightning. So if you do choose to go to a water park, make sure to plan your day accordingly. Lifeguards and other employees will start closing attractions and pools depending on how far away lightning is detected, but these closures will happen in stages. At water parks, this means that larger, multi-story slides will be closed first, followed by smaller attractions, followed by wave pools and lazy rivers.  In fact, if there is no lightning you can still swim in the pools while it's raining. After all, you are already getting wet. To maximize your enjoyment and safety, start the day with the bigger rides, leaving the pools for later in the afternoon. It might also be better to plan a later lunch so you can enjoy the sunshine when you can and sit inside or under a covering while it rains.

If you are traveling with a large group or with people of various ages, chance are you will split up at least once during the day. After all, thrill seeking young adults will want to ride the big, scary slides while kids will enjoy the smaller water playgrounds. Whatever your plan is, make sure to have a designated meet-up location, preferably one under a covering and near the center of the park. During some of the intense storms, it's good to know that each person in your party is accounted for. Usually you will be given some warning before you are advised to seek shelter, so there is enough time to make your way to this location.