Delays, Cancelations and Death: The Strange But True History of Disney's Animal Kingdom 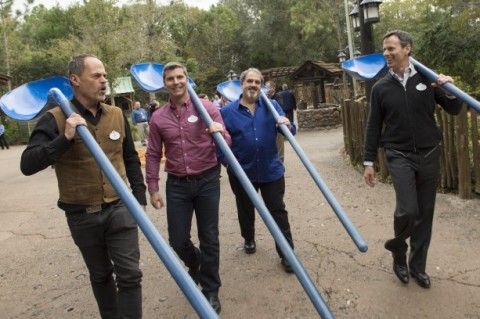 One of the visions Walt Disney possessed for his upcoming theme park is largely ignored by history. During his quest to reinvent the amusement park as something bigger and better, he sacrificed some of the initial plans. Part of the explanation was financial. As the situation played out, Disney already had to barter many of his prized possessions while nearly bankrupting his company. Some of the other reasons were pragmatic. Certain ideas are better in theory than execution.

In the end, the primary reason why some of Uncle Walt’s grand ideas fell by the wayside was a lack of resources. His construction team built Disneyland in almost exactly one year. Any idea they couldn’t block out and bring to fruition quickly was summarily dismissed. That’s why one of his most daring notions fell by the wayside.

Walt Disney wanted more than just an amusement park. He also wanted a zoo, a place where children could interact with animals in a safe environment. Challenges involving infrastructure sabotaged this dream, which led to compromise of the Jungle Cruise attraction, an African Queen-esque river ride featuring permanently immobile animals.

While Jungle Cruise is one of the greatest theme park creations of all-time, it’s also a perversion of Uncle Walt’s vision. He wanted a zoo. Even after he passed away, his loyal team of Imagineers and their later successors remained steadfast about staying true to Walt Disney’s core values. They carefully recorded and categorized all the ideas he postulated over time. 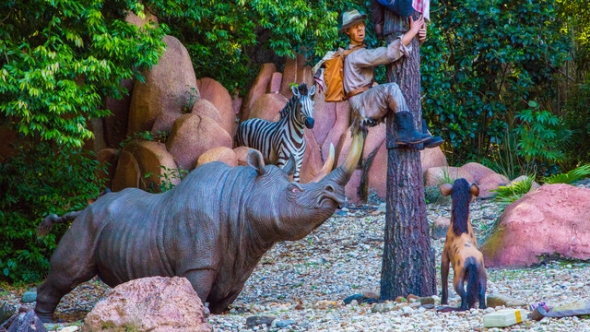 Less than four years after his death, his company founded the Walt Disney Archives. Their goal was to protect his legacy and, whenever possible, bring his futuristic plans into reality. Walt Disney was a man ahead of his time, and that’s exactly why some of his dreams were a functional impossibility in his lifetime. It’s remarkable that he achieved as many as he did. Even with all his staggering accomplishments, many of his fertile ideas germinated long after he died.

The most noteworthy of these was an interactive environment for kids to learn about nature. It was intended as a place where kids could befriend animals while receiving an education about their surroundings. Walt Disney desired it in 1955, but his staff couldn’t find a way to protect either the children or the animals. A natural habitat for a single species is trying enough. Building dozens of them for various species wasn’t feasible in the 1950s.

Four decades later, a bold team of Imagineers took on the challenge. They embraced their founder’s bold vision. They started work on what would become the fourth gate at Walt Disney World, a place where children could play with fuzzy animals and less fuzzy ones, too. They built a series of structures that brought stability to thousands of animals, honoring their natural environments. And these Imagineers did so in a way that children could watch, play with, and learn from the beasts. Here is a detailed look at the history of the planning of Animal Kingdom, as well as a brief glimpse into its future.

The ten-year park and the Imagineer with the earring 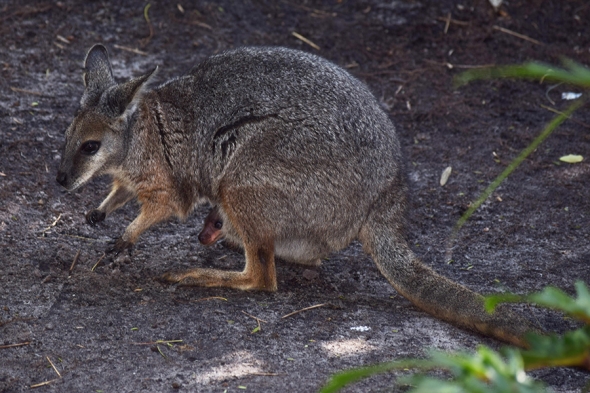 After the wildly successful launch of Disney-MGM Studios in 1989, then-CEO Michael Eisner felt a sense of urgency in sustaining The Walt Disney Company’s momentum. His grand ambition at the time was to add a fourth gate quickly. By 1990, Disney-MGM Studios was regularly in the habit of turning away potential guests within hours of park opening. Eisner believed that the constant influx of traffic at the recently launched third gate proved the necessity of a fourth one.

While Eisner’s performance as CEO was already controversial, even his detractors acknowledged that the corporate leader respected the ideas of Uncle Walt. As his staff tossed around ideas and debated feasibility for each one, Eisner returned to one of Walt Disney’s greatest incomplete ideas. He wanted to build a theme park that was functionally a zoo as well. Those same feasibility debaters were lukewarm to the idea. Had the premise proved viable, Disney himself would have attempted it 40 years before. He had the original Imagineers spit-balling ideas for him. If they couldn’t do it, the pervasive belief was that it wasn’t possible. 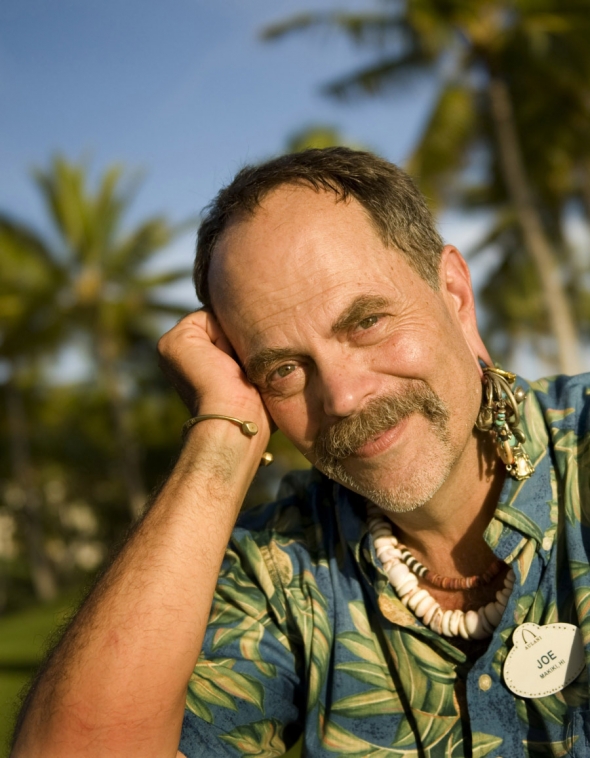 Undeterred, Eisner picked a lead Imagineer to investigate the potential of a Disney theme park zoo. That man’s name was Joe Rohde. Maybe you’ve heard of him. Some people, myself included, consider him the greatest working Imagineer today. In 1989, however, his legend was just in the earliest stages. By his own account, Rohde transitioned from a high school director to a low-level Disney employee. After several years with the company, he hadn’t left an imprint of note. Then, he garnered a plum assignment working on the Adventurers Club portion of Pleasure Island. Through this project, he earned the trust of his superiors.

When the time came to proceed on the fourth gate, Eisner favored Rohde for the zoo study due to the current Vice President of Creative’s ability to unify seemingly disparate teams within and outside the Disney organization. Rohde would later note that his principal advantage in his early days with the company was his willingness to speak his mind during staff meetings. Had he been quieter by nature, the man with the legendary earring would remain an anonymous low-level employee. 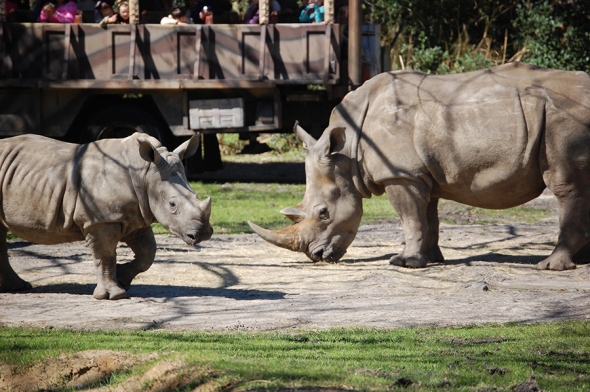 During his investigation, Rohde met with a few zoologists. A myth about this process that isn’t far from the truth is that he kept meeting with people until he found someone who believed it was possible. He first reached out to the executive director of the Bronx Zoo at the time, a gentleman named Bill Conway. This conservationist was one of the true heavyweights of the profession. He would eventually anchor the Wildlife Conservation Society. It wasn’t that this zoologist was indifferent to the idea. It was more that he already had a fulltime job, so he didn’t have the free time to plan for a theme park that might never come to fruition.

Conway placed Rohde in contact with a man who would become seminal to the development of Animal Kingdom. His name was Rick Barongi, and he spent 40 years working in the animal conservation industry before retiring in 2015. If Rohde is the unofficial father of Animal Kingdom, Barongi is a favorite uncle. Rohde warmed to him due to his positive attitude. In situations where other zoologists told the Imagineer that something was impossible or, at least, improbable, Barongi would take a different approach. His favorite reply was, “I don’t see why not.” The entire Disney Imagineering institution is built on that sort of optimism.

The two men worked together to identify potential sticking points in a theme park zoo. Disney’s least popular theme parks received millions of visitors each year. Many animals are so shy that they spook at the sight of a single human. How would Disney build an entire habitable environment for hundreds of different species, some of whom wouldn’t react well to the prying eyes of mankind?

Rohde and Barongi embraced this challenge. They investigated thousands of species, deciding which ones would play well not just with humans but also with other animals. A single misstep in this area would have an unintentional but horrific result. Children enjoying a day at Disney’s zoo might accidentally witness a cute, Bambi-ish animal devoured by a less cute, much hungrier foe. The circle of life sounds lovely when Elton John sings it. In execution, it’s gruesome and less than family-friendly. 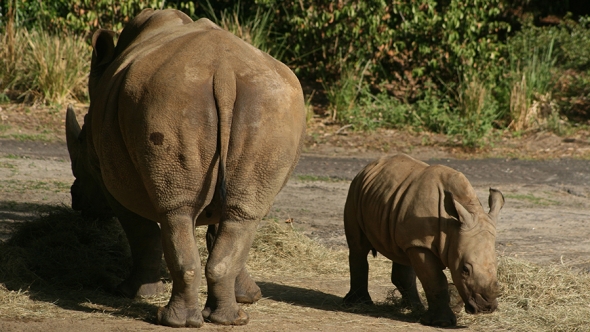 The Imagineer and conservationist invested a great deal of time in solving these sorts of baby/dog/poison logic puzzles. As Barongi later recounted, his quest became a source of amusement/bemusement amongst his peers. They fell squarely into two camps. Some of them felt that the very idea of a Disney theme park zoo was an obvious impossibility. Every second of his life he squandered on the foolish endeavor was a mistake. The rest felt envious about his situation. They had complete confidence that Disney’s resources would allow them to build the planet’s most mainstream zoo. They wished they could join Barongi in the venture.

The latter philosophy, the belief in Disney, proved to be the correct one. And that envy about participating in the process later wreaked havoc with zoos across North America as the opening of Animal Kingdom approached. You’ll understand why in a moment.

You should edit this story. Kali River Rapids was not an opening day attraction. It came later. Good article!

Im wondering why these Imagineers didnt bother to drive an hour down I-4 to look at Busch Gardens? They had this figured out decades earlier...besides the fact that these parks were in competition, Im confused why Disney decided the best place for inspiration was the Bronx Zoo? Perhaps there is more to this story.

Avatar, meh. So Un-Disney. That aside, AK is my second favorite park after MK.

It would have been impossible for opening day guests to rush to Kali River Rapids, as referenced here. The ride opened nearly a year after the park.