These Myths About the Disney College Program Simply Aren't True 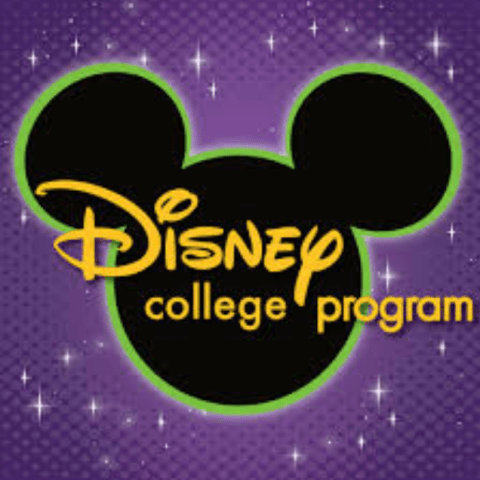 The Disney College Program is one of the most unique internship opportunities in the country, allowing students to live, learn, and earn at the place "where dreams come true." As with many other aspects of the Walt Disney Company, rumors and misconceptions tend to surround any conversation one might have about the program, especially when there are no alumni or Disney cast members around to set the record straight. Being an alumna of the program myself, and having done extensive research on it, I've decided to take the most common misconceptions I've heard about the Disney College Program, to separate fact from fiction.

"Applicants are randomly selected to take the web-based interview" 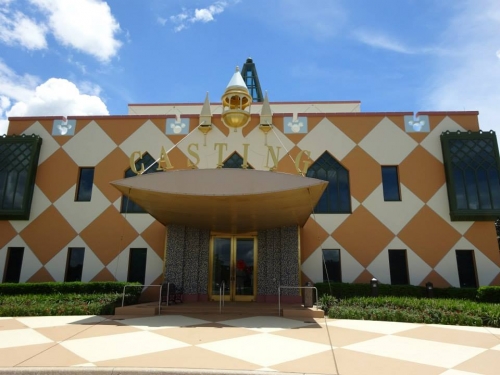 The application process for the college program has gone through a number of changes over the past couple of years, as the company has seen a massive increase in the number of students applying. In order to condense the application process, and only move forward with the most qualified applicants, one of these changes involved only offering the initial interview to certain students based on individual applications rather than inviting each applicant to participate a web-based interview. Almost immediately after these changes had taken place, rumors began to swirl that the company had been receiving so many applicants that it was simply easier to make the decision of who would receive the web-based interview random. While many potential CPs do believe that this is a random decision on Disney's end, the official Disney Programs and Internships blog has debunked this rumor on multiple occasions.

The writers of the official blog have repeatedly stated that the offer to take a web-based interview is simply extended to the most qualified applicants. It is understandable that students who do not receive the web-based interview would be looking for some justification for this action however the decisions made in choosing any kind of employee, CP or not, are never random. Knowing that you are less qualified than potential candidates who did receive the interview are might be a blow to your ego, however it is not worth falling into the cycle of rumors that your application was randomly set aside.

My advice to applicants who do not receive the web-based interview on the first try is to take it as a learning experience and never give up. Each year the program receives more and more applicants, making every season more competitive than the last. It can be easy to become discouraged when you receive the dreaded "No Longer in Consideration" email without ever receiving the web-based interview, however many students end up applying more than once before they are accepted, and they will often tell you that although the application process can be stressful in the beginning, the experience will be worth it in the end.

"Make sure you bring a car, and avoid taking the buses if you can" 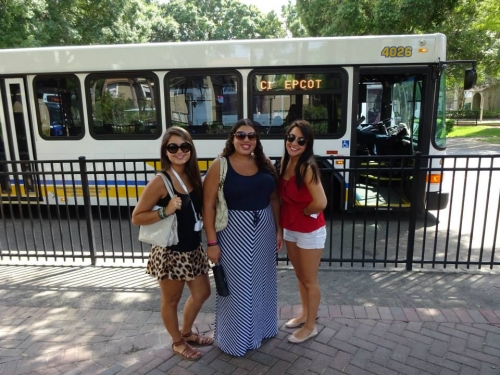 This point is a heated debate among college program alumni, and though there are a lot of variables that can make this dependent on each individual student, I would say that future CPs should not be made to feel like they need a car. The usual reasoning for bringing a car to the program usually goes by mentioning that grocery shopping will be easier, you will not have to wait for a bus after work, and you'll have the freedom to drive to places that the buses do not stop at.

These are all great reasons for bringing a car, however if securing a car to bring on the program is going to be a hassle, or if using the car while there seems like it will be a financial burden, I would suggest simply using the buses. A portion of CP rent payments, which automatically comes out of CP paychecks, goes towards bus transportation. Whether or not you like the bus company, or have your own vehicle, you're paying for those buses either way. This also means that if you bring a car you're paying for the bus transportation on top of gas and insurance.

It is no secret that the buses are a less than luxurious experience, however many of the complaints CPs have about the buses are simply based around the simple facts that waiting for a bus, and standing after a long day at work can be very annoying. Since many CPs have not lived away from home prior to participating in the program, a fair number of them do not realize that sometimes standing on a bus after work is just a fact of life that needs to be dealt with. Having a car is a luxury, and many college students will eventually graduate and move to cities where they'll need to take public transportation to and from work. And public transportation in the real world is much more unpleasant than any issue that might arise while using the CP buses. 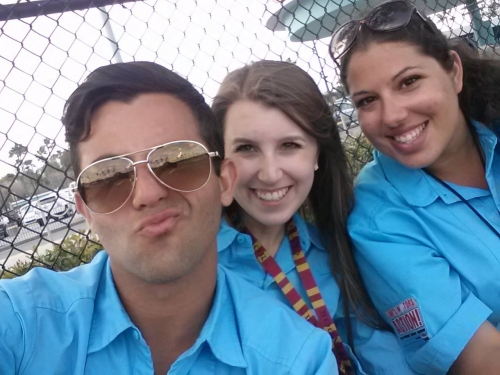 Waiting for the bus after work in Hollywood StudiosImage: Brittany DiCologero

My suggestion—if you have a car, and you are confident that you will be able to afford it on the college program, bring it. A car is definitely worth it for the convenience, it is just not as necessary as so many students are led to believe. If you either do not have a car, do not have a reliable car, or do not think you'll be able to comfortably afford to pay for gas, insurance, and other car-related expenses, use the buses.