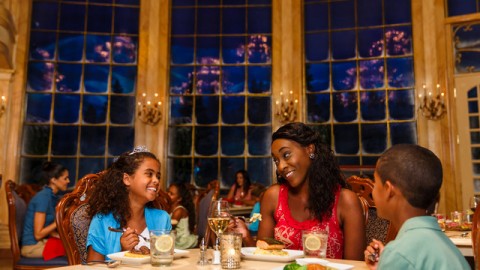 The Disney Dining Plan remains one of the most divisive topics among theme park tourists. Reasonable arguments exist for why the plan doesn’t work for everyone, and signing up requires vacationers to pay attention to the modifications Disney performs annually. For my part, I’m a huge fan of the dining plan, pointing out many of the benefits here. This time, I’d like to take an entirely different approach.

One of the accurate criticisms of my prior piece is that it really didn’t suggest ways to eat like a king. That caused me to wonder exactly how I would approach such an endeavor. After a bit of research, I eventually planned an entire 10-day trip to Walt Disney World around a core concept. I would purchase the Deluxe Disney Plan rather than the regular one. Then, I’d eat the most expensive foods on the menu, all the while knowing that I have a relative fixed food cost for the entire vacation.

The goal here is simple. I want to maximize the potential benefits of the Disney Dining Plan in order to get the utmost out of it. Along the way, I wrote down a few notes so that I could pass them along to others. Think of this piece as a guide to hacking the Deluxe Disney Dining Plan to eat like a king. 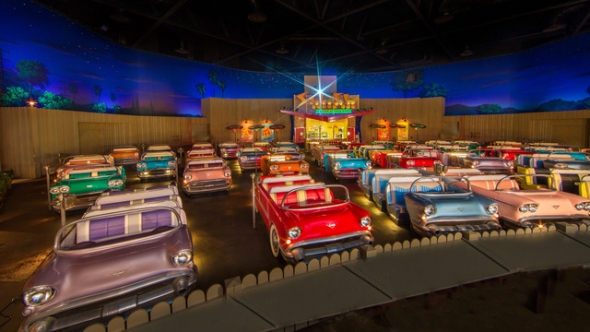 Believe it or not, I’ve already stated the most controversial part of this plan. That’s the purchase of the Deluxe Disney Dining Plan (xDDP), which isn’t technically the most expensive option for a meal plan. It is, however, the best one for people who don’t intend to go to shows, take balloon rides, or the like. I’m not averse to Cirque du Soleil, quite the contrary, but the higher plans don’t offer the same value for my stated purpose here. Even at a discounted rate, those offers still make the buyer pay for stuff that isn’t food.

The xDDP isn’t like that. You’ll pay a significant sum each day, but if you maximize the plan to its potential, you can enjoy many of the greatest meals of your life. Disney’s recent rules changes have altered the dynamic of a park visit, leading to a discrepancy between regular guests and the park elite. Your goal here is to feel like a patrician for a week, which is how your vacation should work anyway. For a cost of a little over $100 a day, you can pay for all your meals (sans tip) and eat whatever you want every meal. The Deluxe Dining Plan, unlike regular versions, includes an appetizer per guest, which means you’ll enjoy at least a three-course meal as often as you like.

The rules of the xDDP entitle you to three table service meals a day, and this hack encourages you to use them all. It’s the best way to maximize your value. The one caveat here is that we’re going to talk about a ridiculous amount of food. If you’re watching your weight, this may not be for you…although I’d note that research suggests that Walt Disney World guests burn an additional 1,558 calories a day walking through the parks. That’s the equivalent of a 10k run. Assuming you’re active during your trip, your meals shouldn’t come with a side of guilt.  Now that I’ve alleviated you of any doubt about the dangers of gluttony on vacation, let’s have some fun! 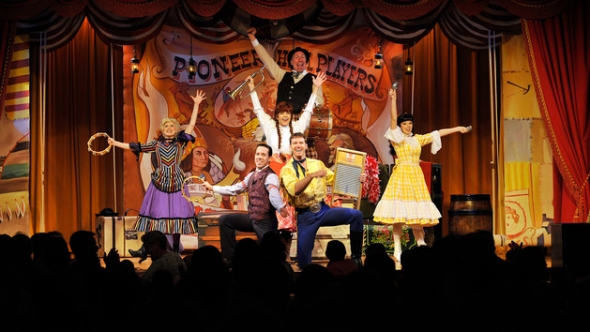 When you shop for a product, you’ve learned over the years that you want to find the best deal. You try to purchase the item you want for the least amount possible. Don’t do that while you’re on the xDDP. To the contrary, your primary goal is to feast on the most expensive meats and cheeses at Walt Disney World. To do that, you have to eschew some of your dining tendencies on vacation. Whether you prefer a soup, a salad, a cheeseburger or an appetizer as a meal, eating such peasant food is the wrong tactic for the purposes of maximizing your dining plan. You want to order the most expensive foods at the costliest restaurants onsite. Generally speaking, if you see anything priced at less than $25, keep looking. The goal here is to purchase a $15 appetizer, $40 entrée, and $10 dessert whenever possible. A pricier meal is better. Otherwise, you’re not maximizing your value.

A couple of caveats exist. Think of the xDDP as providing three meals each day. Disney will reference them as entitlements, though. They’ll count a hot dog and fries at Casey’s Corner the same as a $50 ribeye at their best regarded establishments. It’s up to you avoid that sort of misuse of your plan. In other words, ignore quick service meals in favor of table service fare. That’s going to deliver the best bang for your buck. Everything we’re discussing right now works toward that goal. 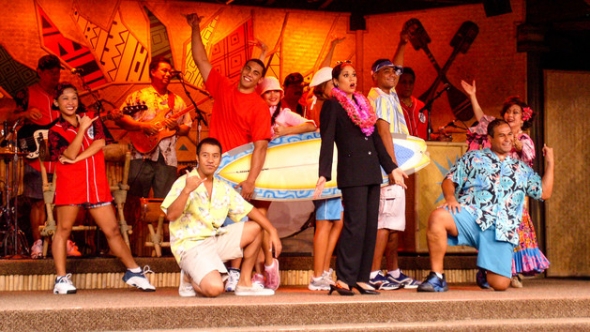 The flip side of the pricing model problem is that Disney specifically designs the program to prevent this sort of behavior. That’s precisely why you’re hacking it. They have identified some of their finest dining experiences as signature meals. They’ll charge two entitlements at such establishments even though the food prices are only moderately higher, if they are at all.

You should remove virtually anything that costs multiple dining credits from your options in all but one instance. If you’re consistently a late starter who skips breakfast, you can add a signature meal occasionally, although it’s preferable to eat the most important meal of the day when you’re on the xDDP. Whatever you decide, remember that you HAVE to use all your entitlements during your trip. Fortunately, ways exist to achieve this even if you wind up with extras. We’ll cover that in the last section of this article.

A final point on the subject of signature meals is the show. You can leverage your xDDP entitlements to a viewing of Disney’s Spirt of Aloha Show, Hoop-Dee-Doo Musical Revue, or Mickey’s Backyard BBQ. For two entitlements, you can enjoy the proverbial dinner and a show. While I don’t consider multiple entitlements for signature meals a great deal, these classic Disney live performances have stood the test of time. They are a different category and something you should at least consider, especially if you don’t eat breakfast every day. Disney shows generally cost at least $65 per person, which means you aren’t maximizing optimal value, but you aren’t getting ripped off, either.

Although this is helpful, you forgot to keep one thing in tips, which if you don't keep in mind when ordering with the dini plan you. An end up spending a 30-50 dollar tip. Had that happen to me

I wouldn't call these tips "hacks". Maybe reminders how to get the most out of your dining plan.

I will say that, if you budget it, and look at a DDP, it can be worth it. Sure you may save 10-?? bucks a day buying a-la-carte, how much is it worth to not have to worry about where to eat, or what you can/can't get.

I will say, when I was in WDW last fall, we had the regular dining (1ts, 1qs, 1s) and still had left over credits. and we were NOT hungry.

And while it may be a nice gesture to have our meal paid for from a xDDP surplus, that just means we now have a surplus of credits we need to get rid of.

In the last few times we've been to mouseland, we've gone with the deluxe dining plan. For us it is a good deal, but I can understand that for many it is not. Note, my main goal is to simplify things, and not save every penny. However, I do generally see if the plan is in the ball park for the meals we eat.

For reference, recently my wife and I have been going alone (our daughter is now an adult). We prefer to do sit down meals, since my wife has some mobility issues and it is a lot easier to stash the scooter for a sitdown meal rather than trying to navigate counter service (and I was noticing problems navigating the park myself the last time too). We do generally eat a regular breakfast as well. So for us, the deluxe meals are similar to what we would be spending anyway.

First of all, depending on when you go, there might be discounts, that include dining plans. I forget in the past when we went (May 2014, December 2015) whether the plan we went with had free dining or discount on the rooms. We have the Disney Visa card, so we see these offers coming in earlier before the general public.

Second, depending on how close you live to Orlando, you should note that the deluxe dining plan is 3 sit down meals for the number of nights that you stay in a Disney resort. We live in New England, and we travel south in the morning and north in the late afternoon. This means we typically have at least 1 meal that is not covered, due to wanting to eat lunch both on the day we get in and on the day we leave.

Third as you mention, there are some meals that cost 2 meal credits. We generally treat ourselves to at least one during our stay (in the last trip, we did Artists Point, which wasn't too our taste and Fulton's Crab House which was one of our favorite restaurants ever). However, there are other things that cost 2 meal credits, such as Candlelight processional, or preferred seating at Fantasmic. So we do have a few breakfasts or lunches that we pay out of pocket.

Fourth, remember that tips/alcohol are no longer included in the deluxe dining plan (IIRC, they were included quite a few years ago). So, if you are eating at more expensive restaurants to maximize your return on investment, you will be paying a higher charge on tips.

Fifth, I helped my father set up a trip for his 80th birthday, where he took the whole family down (he paid all of the expenses). While I have a good job, and can afford to pay my way, my two siblings and their families are a different matter. One is struggling to keep afloat, but they are mostly making it, and the other is below the poverty level. With the deluxe dining plan, my father was able to pay for all meals ahead of time and my siblings didn't have to pay extra on the meals we didn't eat together (assuming they did counter service). This can help in some cases where you have an extended family going down.