Walt Disney Needed to Figure Out a Way to Keep Families from Leaving Disneyland. The Solution was Explosive 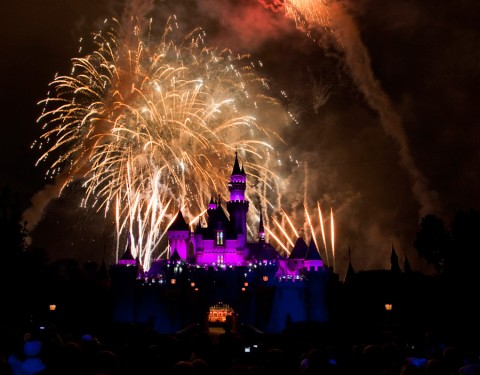 Loud noises and shiny things, these are two of the most basic joys of life. From a young age, everyone learns to love fireworks since they deliver the euphoria that comes from illuminating explosions. And when theme park tourists think of fireworks, a certain brand is the first to spring to mind. The Walt Disney Company has provided brilliant light shows to their loyal customers since virtually the inception of Disneyland.

Walt Disney himself put his stamp on fireworks barely a year after his first theme park opened to the public. From that point forward, Disney visitors have come to expect the end of the evening to include a wondrous, fiery display in the sky. The company has offered several variations of the idea over the years, and they haven’t always included structure. To wit, the original fireworks display at Disneyland was really just one guy shooting off fireworks in the parking lot. In the rich history of Disney, there’s somehow a fine line between a groundbreaking nighttime display and a random dude with surplus bottle rockets in the trunk of his car. The maxim is true. From humble beginnings come great things.

Today, Disney’s idea of how to perform a nighttime show is still evolving. The latest version, Rivers of Light, can’t even use fireworks in a conventional sense. Such loud noises would agitate the animals that live at the fourth gate. For this reason, Rivers of Light will illuminate the dark in a historic fashion, focusing on a splashy lights show that utilizes technologically impressive LED lights. As you anxiously anticipate your first/next viewing of Disney’s latest evening production, already described as a masterpiece by people who’ve enjoyed test performances, this is the perfect opportunity to look back at the history of Disney’s fireworks displays that have concluded unforgettable nights at their theme parks. 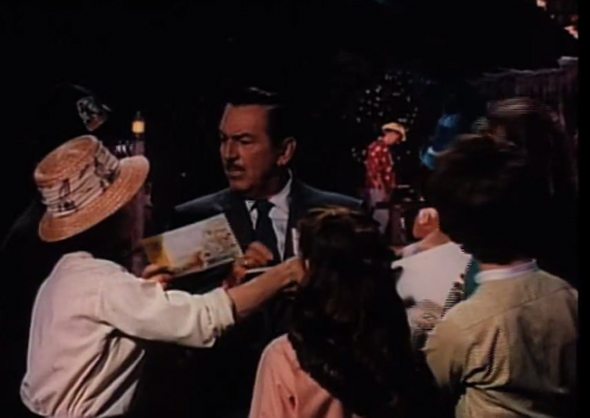 The early days of Disneyland were an odd combination of wildly successful and extremely frustrating. That was the perspective of Disney park planners who were attempting to drive consistent traffic to their novel business enterprise, the theme park. Since Walt Disney wanted to present his project as more than a simple amusement park, he constantly tweaked the park behavior during these early days. So, when you complain about all the changes transpiring at your preferred Disney theme park today, you should appreciate that this constant state of flux has existed since Black Sunday, the opening day debacle that remains infamous more than 60 years later. Change is a given at Disney theme parks.

During the 1950s, in order to find the perfect concoction to keep his new theme park in the black, Uncle Walt was willing to consider any new idea. He was a business leader who devoutly believed that every idea is innocent until proven guilty, a strategy now trumpeted by successful people as diverse as Warren Buffett and Bill Belichick. During the 1950s, Disney’s willingness to embrace the unknown wasn’t simply novel. It bordered on unprecedented. Then again, his entire company grew out of caricatures he loved to draw as a child. He somehow found a way to develop a lucrative business plan from his illustrations, even if he needed a few attempts to launch a stable business.

Once Disney had his business model of hand-crafted intellectual properties in place, he extended his brand with an emerging technology, the movie theater. Mickey Mouse short films were the first step, and Snow White and the Seven Dwarfs became the bold step from which Disney never looked back.  It was the beginning of a run of dominance the company still claims today, with features such as Inside Out and Zootopia.

Disneyland as a series of character-themed regions represented the natural evolution of the brand. All the most iconic creations from Uncle Walt and his team were on display at his new 85-acre playground. They would provide the incentive to entice loyal Disney fans to visit the park early and often. There was just one problem. The Anaheim theme park stayed open later than its guests wanted to visit. 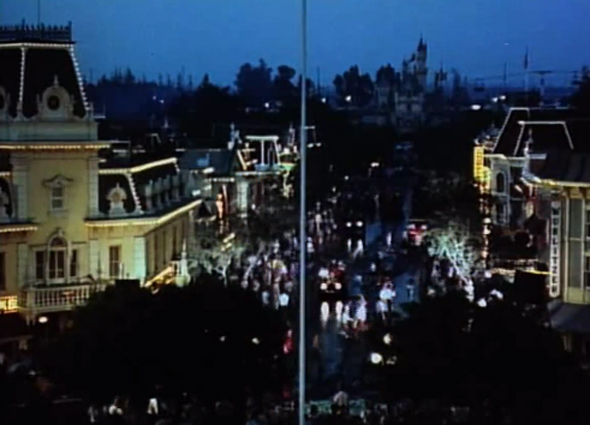 Think about the situation from the perspective of both parties. Disneyland cost virtually every cent of Walt Disney’s fortune to build, and he was previously one of the richest entrepreneurs in the world. With a price tag of $17 million in 1955, it’s the equivalent of $150 million today. While that might not seem like much in an age when single attractions can cost that much and more, it was a shocking investment for an endeavor never guaranteed to turn a profit. After all, the term “theme park” that we toss around so casually today was basically unprecedented until the moment the gates to Disneyland opened for the first time.

In order to maximize Disney’s investment, he needed guests to line up in anticipation of the park’s opening then stay until it closed. This is the normal behavior at Disney parks today. During the first year of Disneyland, however, few families stayed until closing time. That’s why their perspective is so important to consider. Families had no experience from which they could formulate opinions about how to spend a day at Disney. They simply followed the herd in these first days at the park.

Since families were the life’s blood of Disneyland back then, something that’s slightly less true today, familial behavior was counterproductive to Disney as a company. 1950s families didn’t want to stay out late after a full day. They went to the park, paid for the individual rides that appealed to their children, as was the ticket practice at the time. Once everyone felt satisfied and tired, they went home. It was the de facto park behavior, the herd mentality that damaged Disney’s bottom line.

Each second Disneyland guests chose not to spend at the park stood as a financial loss to Uncle Walt in terms of opportunity cost. If the park is open, it’s using power and other utilities. Vendors are offering food that isn’t selling. Most important, Disney is paying staff that they don’t need. That’s a moderate financial loss each day that accumulates into a massive one over the course of months and years. The only way to address it was a seemingly impossible one. Disney would have to change the expected behavior from its park guests. In other words, the park’s planners must fundamentally alter the herd mentality about when to exit Disneyland. The tactic they employed had shocking ramifications that still include ripple effects today.

Thank you for this article.
Hopefully it reminds people that although Walt Disney created Disneyland for families to enjoy, he was first and foremost a businessman.

Therefore all these new upcharge events that Disney has or will introduce should really not come as a complete shock to people.

All they are doing now is employing another method to keep people on site longer than before albeit in a more upfront and some would say a greedy manner.