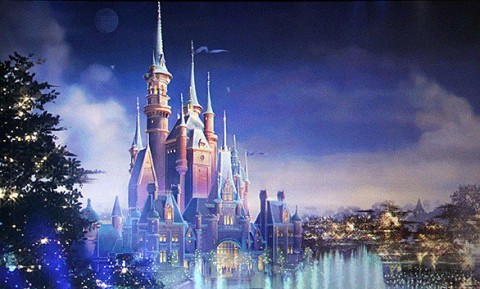 The theme park industry continues to perform well, despite doubts surrounding the health of the global economy. In fact, there are dozens of new theme parks under construction (or soon to be) all over the world, including new parks from the likes of Disney, Universal and Six Flags. Perhaps unsurprisingly, many of these are in the growing Asian market - although there are plans for one or two new parks in Europe and the USA, too.

For globe-trotting theme park fans, there'll be a whole host of new destinations to travel to by 2020. Take a look at what could be in store, and let us know which new theme parks you are most excited about! 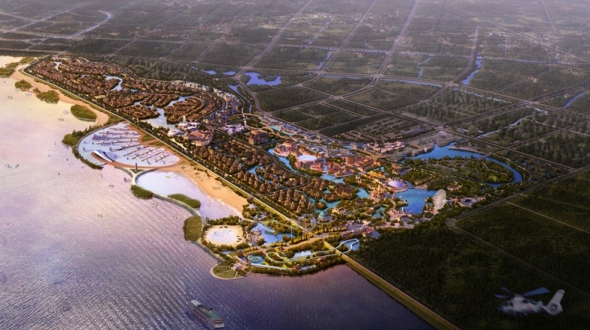 Status: Under construction
Opening in: 2019

Ground has officially been broken on the $4.6 billion real estate development in Haiyan that will include the first Six Flags park in China. The park will be located right on the coast of Hangzhou Bay, around 45 miles from downtown Shanghai. 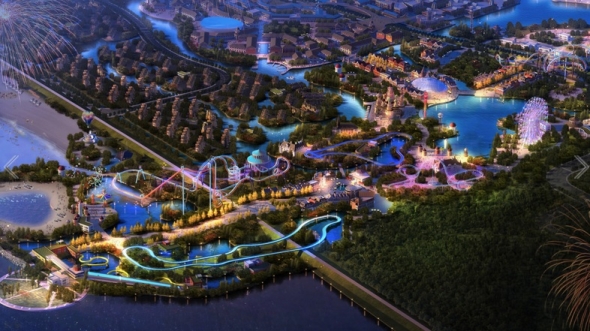 Little is known about the attractions that will feature in the park, although Six Flags has already launched an official website for it. The firm promises that it will include "record-breaking roller coasters, unique thrill experiences, incredible live shows and more."

It is possible to pick out potential attractions in the concept art that Six Flags has released, but we're very dubious about whether any of the rides depicted will actually make it into the park. 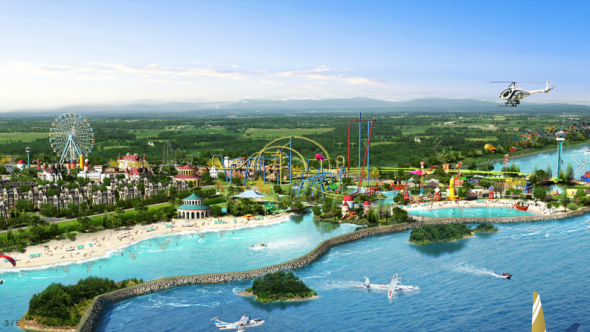 Six Flags announced back in 2014 that it had agreed a strategic partnership with Chinese real estate developer Riverside Investment Group Co. to build multiple Six Flags-branded parks in the country over the next decade, so the Haiyan park could be the first of many. 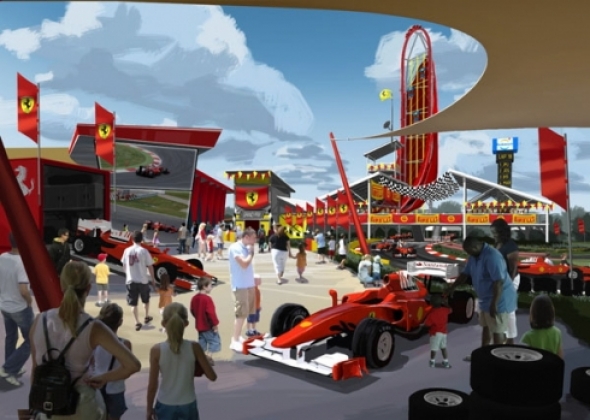 First opened in 1995 by a consortium involving the Tussauds Group, Anheuser-Busch and Universal, PortAventura was sold to the Italian private equity group Investindustrial in November 2012. The group clearly has big plans for the resort (already one of Europe's leading tourist attractions), and in 2014 it announced it had struck a deal to bring the world's second Ferrari theme park to Salou.

While it will be modelled closely on Ferrari World Abu Dhabi, the Spanish version is set to be on a smaller scale and won't be hosted entirely indoors like its predecessor. At this point it is not clear whether PortAventura will charge a separate admission fee for Ferrari Land, or if it will simply bundle it with admission to the main PortAventura theme park. Either way, it's not going to command the same price tag as a full-blown second gate. 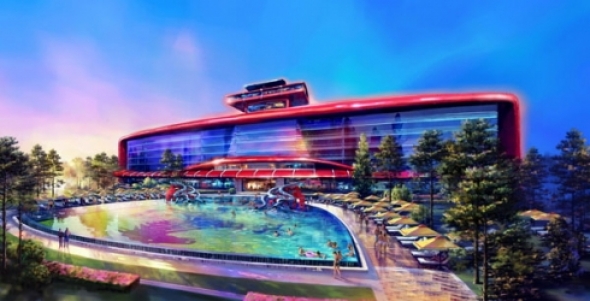 What we do know is that the area will cover 75,000 square meters, and will consist of new rides, a 250-room luxury hotel, restaurants and shops. Ferrari promises that it will be "an opportunity for the whole family to experience and discover the world of Ferrari". 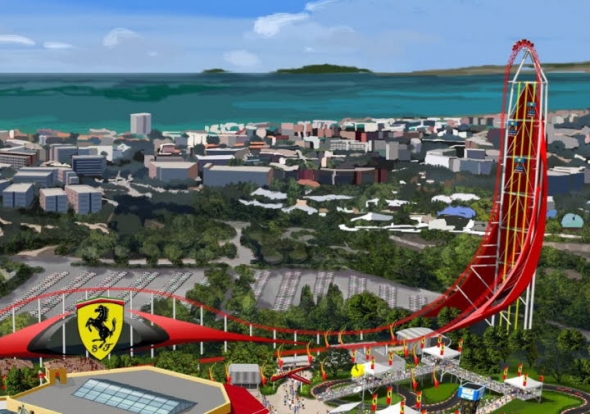 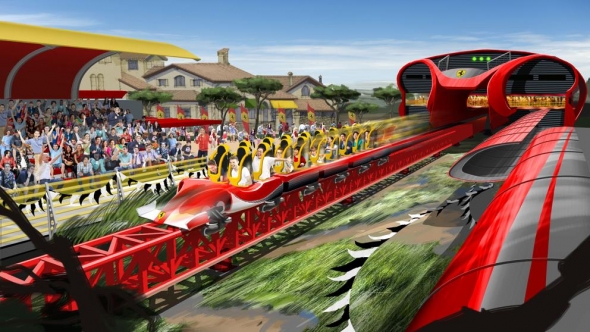 The headline attraction will become Europe's fastest accelerator coaster, taking the crown from the 80 miles per hour Stealth at Thorpe Park in the UK. Dubbed Acelerador Vertical, the Intamin creation will stand some 368 feet tall and will launch from 0 to 112 miles per hour in five seconds. 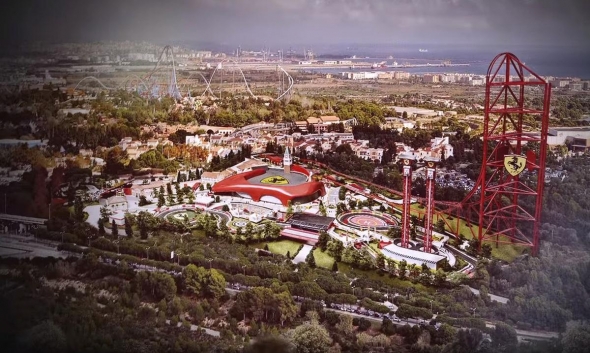 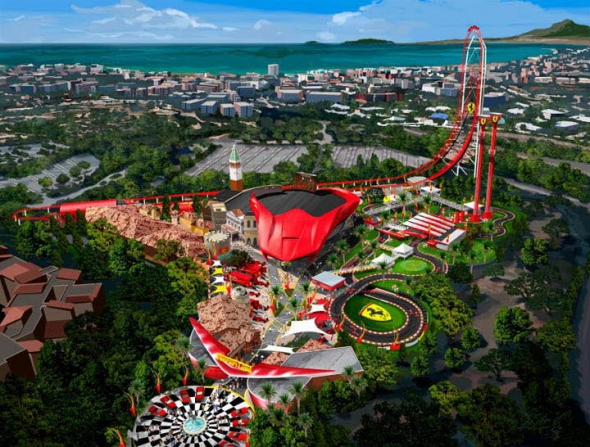 A dueling race car ride with a 570 meter circuit that criss-crosses its way across the land will be known as Circuito. Eight high-tech simulators will also allow guests to get behind the wheel of a Ferrari Formula One car, with two being reserved for children. 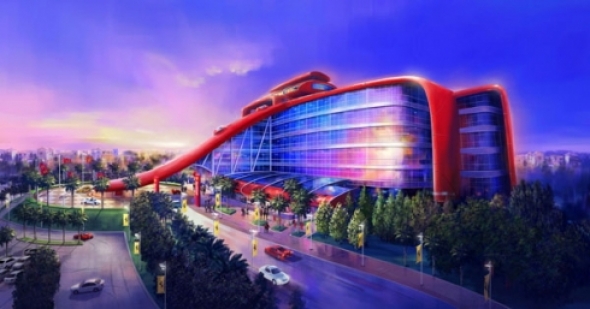 Ferrari Land will include the facades of buildings such as the Colosseum, Teatro alla Scala and the Campanile di San Marco, with a selection of restaurants and stores housed inside a building inspired by the real factory of Enzo Ferrari.

PortAventura's new addition is expected to be completed by the end of 2016, in time for a grand opening around Easter 2017. 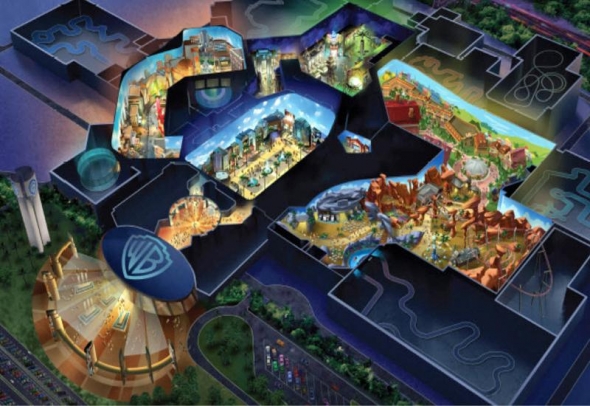 Status: Under construction
Opening in: 2018

Back in 2007, Warner Bros. announced a deal with Abu Dhabi developer Aldar Properties and the Abu Dhabi Media Company to bring a new theme park to the emirate. Following the 2008 financial crisis, which killed off numerous theme park projects, particularly in nearby Dubai, many assumed that the project had been quietly dropped. But they were wrong.

Construction work began in July 2015, although it appears to be moving at a fairly leisurely pace. Because of the extreme heat in Abu Dhabi, the park will follow in the footsteps of Ferrari World and be housed almost entirely indoors. It is expected to bear little relation to existing Warner Bros.-branded parks, such as Warner Bros. Movie World on Australia's Gold Coast. An opening date in 2018 has been mooted.

Little is known about the contents of the park, although concept art appears to show at least two large water rides and two roller coasters, alongside some heavily themed landscapes. Reports have suggested that the park will host 19 rides, with an on-site hotel and multiplex cinemas also being housed in the same building.

Warner Bros. Abu Dhabi will be located adjacent to the popular Yas Waterworld water park and Ferrari World Abu Dhabi, and the parks are likely to cross-promote each other heavily. 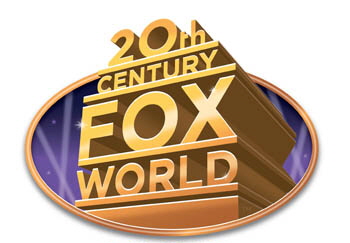 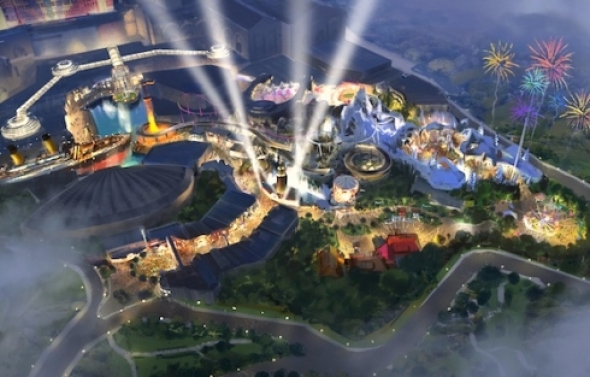 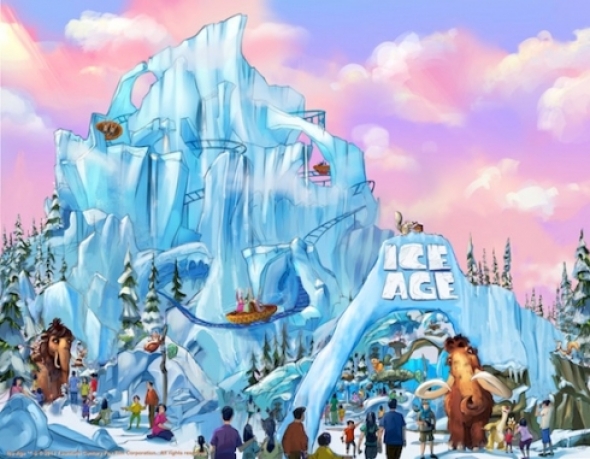 One piece of artwork shows an Ice Age-themed roller coaster, which looks it may have been inspired by Disneyland's Matterhorn Bobsleds. 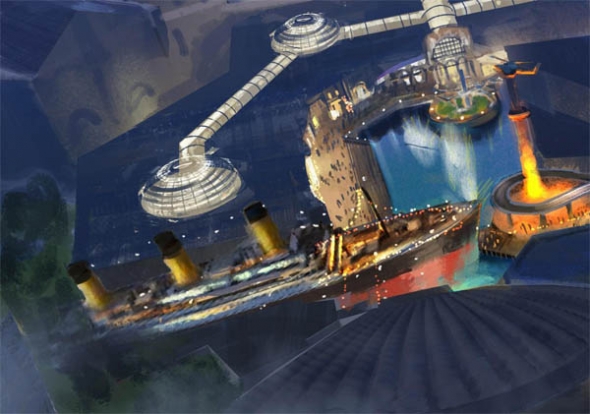 Another shows a huge recreation of the Titanic.

Although an opening date in 2017 has been touted for the Malaysian park, photos showing construction progress so far make this look dubious to say the least. 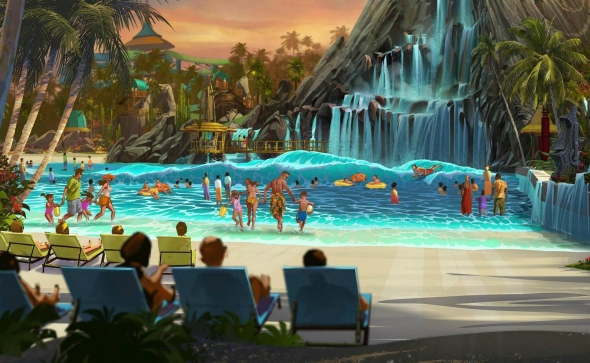 Although there's usually something new to look forward to in Central Florida each year, it's not that often that we see a whole new park opening. So fans are eagerly anticipating the 2017 debut of Volcano Bay, which Universal Orlando has dubbed a "water theme park". (Yes, yes...we know it's really a water park. But we couldn't resist including it on this list.)

Volcano Bay is being constructed on 53 acres to the south of the Cabana Bay Beach Resort. When it is complete, Universal will essentially be out of space on its main site. That's why it is closing the 39-year-old Wet 'n Wild Orlando water park (located on a separate parcel of land on International Drive) at the end of 2016. This will free up 52 acres on which to build new hotels, and could even free up some existing water slides to be sent over to Volcano Bay in a re-themed form. 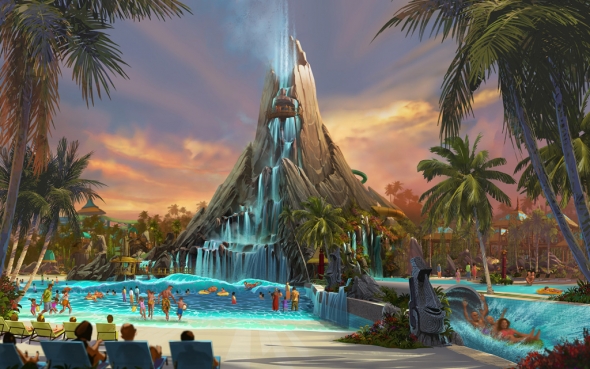 The sole piece of concept art released for Volcano Bay to date gives some idea of what to expect. The park will be dominated by its icon, the enormous mock volcano at its heart. This will seemingly boast an impressive "eruption" effect, combining torrents of water with lighting effects. The artwork also suggests that an enormous slide will make its way down from the volcano, while standard water park attractions such as a wave pool and a lazy river will also be included.

From the sounds of things, Universal is hoping to do for water parks what it did for theme parks with the debut of the highly immersive Wizarding World of Harry Potter. "It will be a whole new generation of experience that reimagines what it means to be a water park," the company has promised, all set within an environment inspired by postcard-perfect tropical islands.

I really don't like the design of that Shanghai castle. Way too much going on. Too ornate & cutesy. I guess Disney has done research to ensure this castle's design is appealing to Chinese?