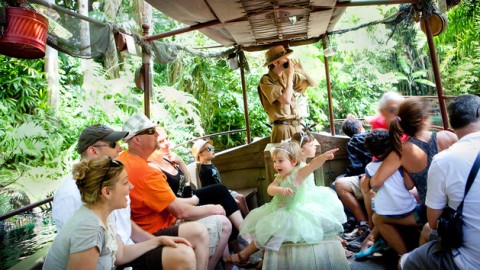 I recently chronicled the opening day disaster at Disneyland that the world now knows as Black Sunday. Not everything that happened that day was terrible, though. Many of the attractions Uncle Walt and his Imagineers built for the debut of Disneyland have stood the test of time. I’m not talking about the Main Street to New Orleans Square Railroad, either.

Only nine attractions from Disneyland’s 1955 opening day still exist in some form today. Sure, some of them are a bit basic to the point that even modern technology can’t add to their level of excitement, but even the worst of them is meritorious in its own way. There aren’t many 60-year-old theme park rides still in operation today. So, let’s evaluate the timeless quality of the nine surviving attractions from Black Sunday. 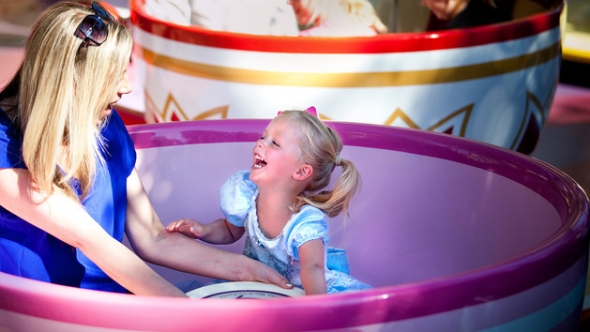 Ah, the vomitorium. Disneyland’s Mad Tea Party is one of the most divisive ride experiences in the entire theme park industry. I’m squarely on the NEED MORE DRAMAMINE side of the debate. Think about it like this. If you’re sitting at home and your tea cup is spinning, something’s gone horribly awry. Why would building an entire theme park attraction out of this concept be a net positive?

The worst part of Mad Tea Party is when you get stuck with some crazed child who thinks spinning the wheel is their sacred duty. It’s the closest that anybody can get to blackout drunk at Disneyland sans a visit to Club 33. Frankly, this ride peaks during the narration. Every moment after that is agony. Just watch this video of someone “turning a little” and then try to tell me you don’t want to puke. 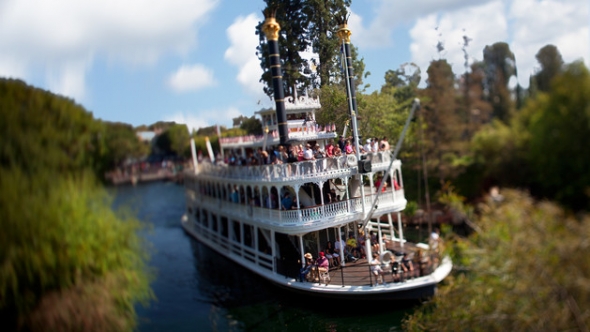 Considering that the Mark Twain almost pulled a Titanic on opening day, it is borderline miraculous that the steamer is still in operation today. I can’t say that the attraction itself holds a lot of interest any longer as it did back then. One of the primary purposes of the riverboat in its earliest form was to show off the beauty and wonder of Disneyland, something that everyone starts to take for granted after multiple visits. Arguably its greatest purpose these days is to provide weary travelers with a few minutes of downtime, assuming they’re not prone to seasickness. Still, no ride at Disneyland was more important to proud Missouri native Walt Disney, which is reason enough to show plenty of respect for the Mark Twain Riverboat. 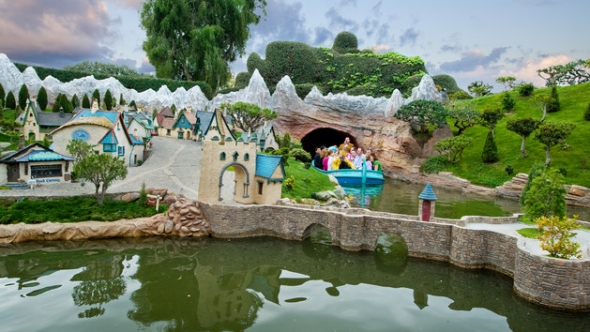 It’s never a good sign when you’ve ridden something, likely more than once, yet you only have strong memories if a date went well. It’s also a bad sign that when you’re on this ride, a train specifically designed for children passes you like you’re standing still.

Okay, a lot of that is harsh. I readily acknowledge that a Storybook boat ride is a wonderful way to spend a few minutes during a beautiful California day. This attraction displays impeccable recreations of fairytale wonderlands such as Agrabah from Aladdin and London Park from Peter Pan. Also, it’s also entertaining the moment your boat enters the toothy mouth of Monstro the Whale. Still, it’s a boat that moves slower than a curling rock. This is the rare Disneyland attraction that the world has passed by over time. Still, Disney has cleverly jazzed it up a bit by having the onboard narrator add some Jungle Cruise-esque dialogue to liven up the surprisingly long ride. 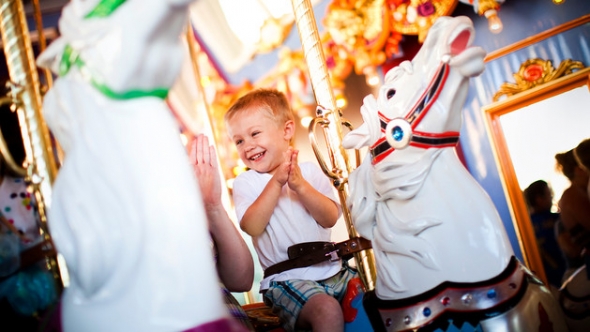 I appreciate the inconsistency of slagging the canal boats for their lackadaisical pace and then ranking an old-fashioned carousel ahead of them. Stay with me here. Not all carousels are created equal. The attention to detail on this Fantasyland attraction was always noteworthy, even when it debuted.

Over time, Disney Imagineers have shined it up even more, crafting something that’s legitimately in the conversation for most beautiful carousel in the world. Given that it’s at Disneyland, where kids have tossed around all kinds of body fluids while riding it, the design team’s obsession with quality is all the more commendable. I have a healthy respect for craftsmanship, which is something King Arthur Carrousel always possessed thanks to the tender ministrations of Arrow Development and Disney. The 21st century modifications have only improved it.

If you time your trip on the canal boats right, you will get a spectacular view of the fireworks show.