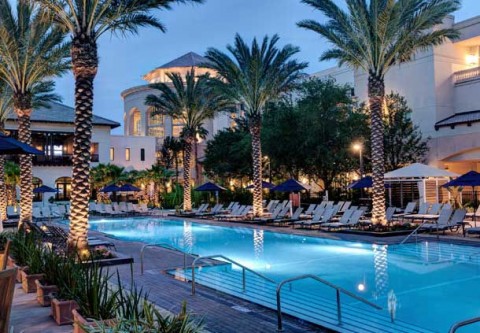 It's hard to resist the allure of hotels that are located right on Walt Disney World property. When you stay at a Disney-owned hotel, no matter whether you are going with value, moderate or deluxe, you receive an array of perks, including the ability to enter the parks earlier and stay in them later, free MagicBands and even the opportunity to plan your trip sooner with advanced access to FastPass+. However, staying on property isn't always an option. Perhaps your budget might call for a cheaper resort option, your favorite Disney hotel is booked solid, or you're just looking for something a little different.
No matter what the reason, there are plenty of off-property resorts to choose from. Here are some of the best hotel options that are not Disney-owned. 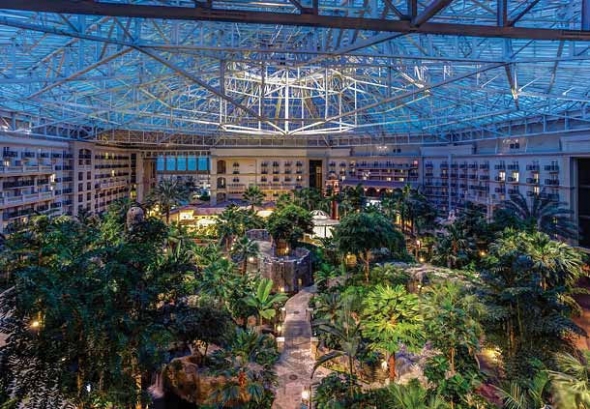 If you still want to be close to the Walt Disney World action, this is a hotel for you. This Kissimmee resort is less than two miles from the Disney's front gate and it even boasts its own attraction — the Cypress Springs Family Fun Water Park, which has four slides, a treehouse playground, zero-entry pool and an active lagoon. The resort is centered around a huge 4.6-acre atrium that has four sections with different themes, such as St. Augustine (shown above, which has its own alligator exhibit), Key West (which features a 65-foot-long sailboat), The Everglades (which has the award-winning Relache Spa) and Emerald Bay (which has the resort's most luxurious rooms).
The rooms are modern, with contemporary furnishings, and they've just started offering Netflix in them as well. One thing to keep in mind is that this hotel is a big one for meetings and conventions — it has the second most meeting space of any hotel in the entire state of Florida, but there's so much other space and so many other things to do that constantly bumping into conventioneers won't be a problem. In addition, the hotel really comes to life during the holidays, when the seasonal ICE! attraction is presented. This walk-through exhibit features 2 million pounds of ice sculptures, four ice slides and a live carving zone called The Frostbite Factory. And last year, the hotel added Alpine Rush Snow Tubing to the mix, with an eight-lane tubing hill covered in real snow! 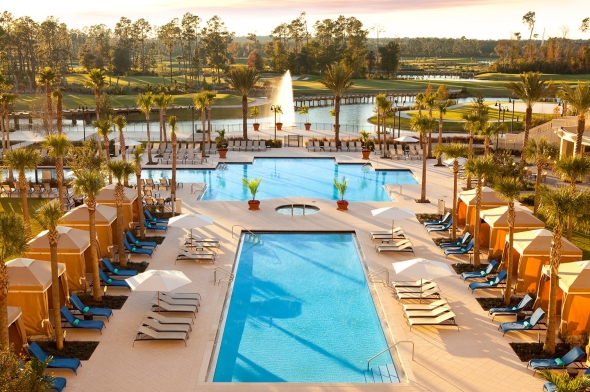 This hotel is near Disney's Caribbean Beach Resort, and it's super convenient to Walt Disney World. In fact, it was almost a Disney hotel itself, but the one of the owners of the land refused to sell it to the company. The land was eventually became known as Bonnet Creek and was developed with several hotels, including this upscale one. This resort features 12 restaurants and lounges, free transportation to Walt Disney World and its own Disney souvenir shop. And if you're a fan of golfing, you're in luck: this resort has a gorgeous championship 18-hole, par 72 course designed by Rees Jones. If a spa day is more your thing, you can be luxuriously pampered at this resort as well.