4 Terrible Shows That Were Actually Performed at Walt Disney World 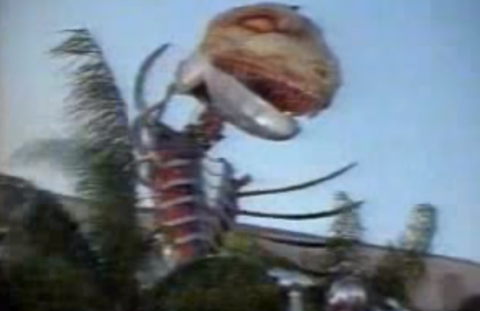 Walt Disney World has played host to some amazing shows over the years. From the musically-inclined Hunchback of Notre Dame show to the thought-provoking Cranium Command, there are plenty of former shows that we wish we could see just one more time. However, none of them are on this list.

No, these are the shows that made guests scratch their heads, furrow their foreheads and walk out in disgust. Though there might be a fan or two nostalgic for these shows, by and large these are the worst show that Disney ever produced, and for the most part we are glad they’re gone….

1. The Magical World of Barbie 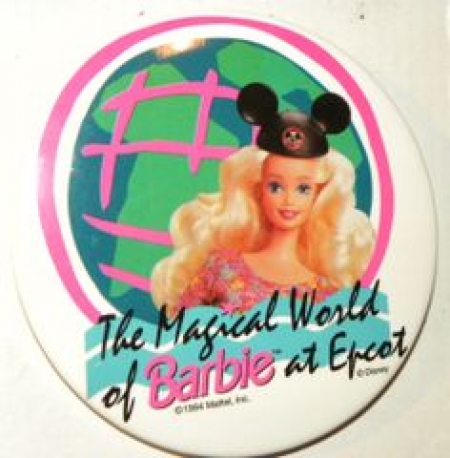 Replaced by: Rhythms of the World

The world's most popular doll came to life at Epcot when The Magical World of Barbie played at the America Gardens theater every day for a little over a year back in the early '90s. This 30-minute musical show debuted on November 20th, 1993, and found Barbie and her friends (played by "doll-like" actors and actresses, according to the Orlando Sentinel) taking off on an around-the-globe journey that took viewers through various "playsets" that were meant to represent international destinations like the Outback of Australia, the ballet in Russia, the jungles of Africa and a high-fashion runway in France. And because it was the 1990's the show featured plenty of "stunts" involving performers on skateboards, in-line skates and trampolines.

You might not think that Barbie would be the best fit inside a Disney park, and for the most part, you'd be right. The show was originally conceived as a way to solidify a partnership between Mattel and Walt Disney World, but in a statement given to the Orlando Sentinel just days before the closure Walt Disney World publicist Pam Brandon said "it's just one of those things", adding that Epcot was "moving in a new direction". It's not you Barbie, it's us. 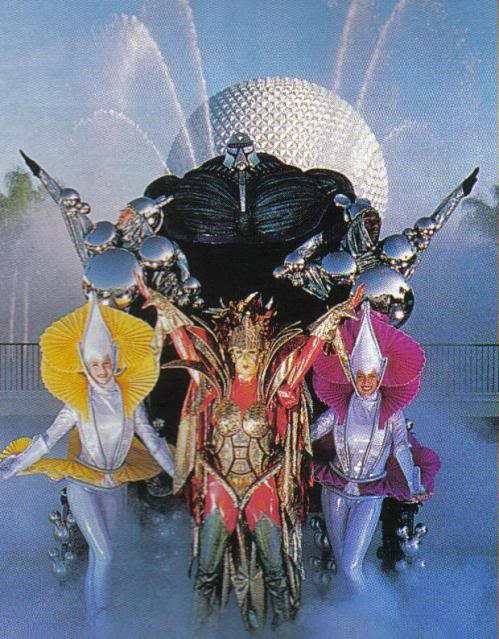 Some of the best-loved Disney shows of all-time feature weird concepts. The idea that an audience can banish bad guys by shouting "Dreams come true" every hour at the Magic Kingdom might sound like a tough sell, but Dream Along With Mickey is such a fun show that it only feels natural to pump your fist in the air and chant along with your fellow guests during this show's penultimate scene. However, even though this might be an example of something that's weird, but ultimately works, some concepts are too bizarre, even for Walt Disney World. Splashtacular fits into the latter category.

Essentially, this show, which featured 50 dancers, half a dozen characters and its own custom soundtrack, boiled down to Mickey needing to save color. It sounds ridiculous already, but considering the Dream Along With Mickey example above, this premise isn't exactly the worst thing ever. However, what condemns this show to be among the worst shows to ever grace Walt Disney World is the plot. Essentially, an evil alien sorceress conjures up an intergalactic nemesis, known as TerrorsauX (yes, that is '90s-style capitalization at its finest there). And wait till you see this bad guy. He's basically a big dinosaur head connected to a metal skeleton that can shoot fireworks from its chest. Yeah, it's just as bad as it sounds. Fortunately, you have shiny Mickey's Future World Guard defenders on your side, and with an assist from Mickey Mouse, the color-hating TerrorsauX is defeated (and neatly folded behind a bush). You can relive all the bizarre strangeness of this show below:

The show never quite found an audience, and its use of massive water sprays dampened audiences a little too much during its brief run. Just seven months after the show debuted, Epcot spokeswoman Pam Brandon said in a statement to the Orlando Sentinel that "The theme of the Splashtacular is not appropriate for [new attraction] Innoventions", and the show was closed forever shortly afterward.

But didn't they reuse the costumes and the alien guy in another show? Because I feel like I remember seeing this show! All the songs were 50s and the costumes were the same and the huge alien became Elvis ? Maybe?

Actually, "Splashtacular" didn't have a custom soundtrack. The show was based on Tokyo Disneyland's 10th Anniversary show, "It's Magical" and mainly used that soundtrack. Which shows that what's good for one park is not necessarily good for another. https://youtu.be/OoMmEWqrdhM