Interested in the Disney College Program? Read This First

The Disney College Program: one of the most highly sought after internships in the U.S., and at times, the most misunderstood. As with most things Disney, a fair amount of rumors are simply unavoidable. With such a large, well-known company, the brand's every move is often devoured and scrutinized by the general (and sometimes ignorant) public, who often make the mistake of taking things only at face value.

When I applied to the Disney College Program in February of 2014, I was faced with a myriad of questions from the less-informed masses. Would I be going to a Disney college? How was this going to help me as a History major? I wouldn't -gasp- be selling popcorn or cleaning bathrooms, would I? With the exception of other college students who had looked into the program themselves, or the few others I've spoken to who had actually done the program in the past, I had a very difficult time finding anyone who knew what the program was all about, and how it would actually be beneficial for my future. Even though the program has become extremely popular in recent years, the Career Services department at my (albeit small) college, and my academic adviser had no prior knowledge of the program until I brought it to their attention. 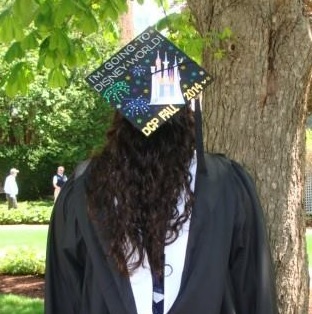 To fully understand what the Disney College Program is all about, and how it can most definitely be beneficial to a student of any major, let's take a walk down memory lane, and learn about how the program came to grow from a small group of students in the Magic Kingdom to thousands of domestic and international students on both sides of the country. 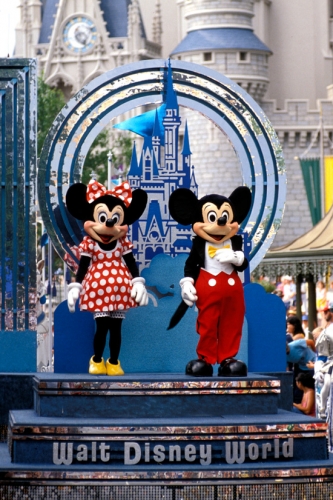 Mickey and Minnie take part in the Tencentennial Parade at the Magic Kingdom in 1981. Image: Disney

The first ever Disney College Program took place in 1981. Before getting into the specifics about this early internship program, let's think about what was happening with the Walt Disney Company during this time. During the late 1970s, Walt Disney World was made up of the Magic Kingdom, a couple of resorts, and a few other recreational offerings such as what was then known as Treasure Island (the now-defunct island that eventually became Discovery Island), the Disney Village (a much smaller version of what is now Disney Springs), and of course, River Country, the first Disney water park. Plans for EPCOT Center were moving along, while the number of cast members employed at any given time was relatively unsteady.

While the resort itself expanded, so did the resources available to cast members, to make their time going to and from work more efficient. During this time of expansion in the pre-Epcot days, Disney experimented with hiring students from local colleges to work at the Magic Kingdom in exchange for course credit. The students would be given a role that was at least somewhat related to their majors, and they would be able to shadow management in their areas on the job. At this time, there was no official name for the work these students were doing, they were simply being recruited to work in the park in exchange for course credit. 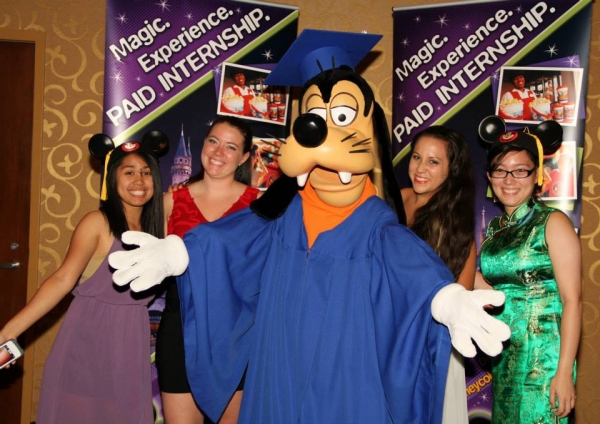 As EPCOT Center's opening year approached, Disney's casting and recruitment department worked out the details of creating an official internship program for college students to work at the resort. This new program would be a win-win for both the company and the college students - the company would have new cast members to take over some of the roles that had experienced a lot of turnover, and the students would gain resume-enhancing work experience as well as college credit. Initially, Disney sent recruiters to only a few colleges for the first recruiting season in 1980, including University of North Carolina, University of Alabama, and University of Georgia, and a couple of other colleges more local to the resort. After an informal (but in-person) round of interviews, 250 students were chosen to participate in what would be called the Magic Kingdom College Program, in 1981, just one year prior to the official opening of EPCOT Center.

The students were housed off Disney property in Kissimmee, in a mobile home park known as the Snow White Village Campground. If you happen to be driving in the area, and you notice a street called Seven Dwarfs Lane, you might be surprised to learn that the first college program housing was located on that street, just off the highway. Nearby, was another early housing complex called the Lake Vista Village Apartments, which housed the first rounds of international college students in the mid-1980s. Both complexes included a swimming pool and security, as well as bus or van transportation for interns to get to and from their seminars and work locations.