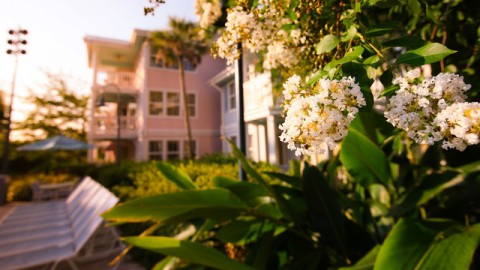 The Walt Disney Company has achieved many seemingly impossible tasks over the nearly 100 years of its existence. It crafted the world’s first animated classic, Snow White and the Seven Dwarfs; it constructed the Happiest and Most Magical Places on Earth from orange groves and swampland; and it has become the universal leader in all phases of family storytelling and merchandising. Whenever there’s a chance for them to extend their presence in the family vacation industry, they’ll do so. That’s true even when a potential market seems a bit shady.

Everyone knows about timeshares. Some of them are seedy, and most are terrible business ventures. In fact, in the wake of the early 2000s recession, people could buy hundreds of timeshares on eBay for a dollar. They were still a bad deal. The original purchasers discovered that the benefits of timeshare ownership were few and far between. Conversely, the annual expenses of maintenance fees were crippling enough to negate any perceived value in the timeshare contract. And that was an issue as recently as 2012.

Amazingly, timeshares stood as an even worse investment during the 1980s. Scam artists abounded, some of whom had hilarious nicknames such as Goldfinger. Nothing was funny about their activities, though. These people ran cons to trick people into spending thousands of dollars of their hard-earned money to own at least in theory a vacation home in paradise. Alas, many of these properties turned out to be decrepit buildings in desperate need of repair, and some of them didn’t even exist. People spoke the word timeshare as if it were a derisive term and for good reason. Dave Ramsay named them one of the worst five moneymaking mistakes of the decade.

An underlying fact was undeniable, though. The sheer volume of money people spent on timeshares indicated something important. Folks WANT to own a vacation home, even if they can’t afford it. The idea of sharing this space with virtual strangers isn’t a deterrent to such consumers. The concept of the timeshare is a good one. It’s always been the execution of it that caused people to lose faith in the process.

A company could succeed and thereby earn a ton of additional, virtually bonus revenue if they could just build a trustworthy system. Alas, few businesses enjoy that sort of sterling reputation. Disney knew that they had built enough customer loyalty over the years that if they started a timeshare program, people would give them the benefit of the doubt. As this program celebrates its 25th year in existence, it’s the perfect time to look back to the beginning. This is the story of how and why the Disney Vacation Club came into existence as well as an examination of the key events that built it into the strongest juggernaut in the history of timeshares.

A piece of the pie 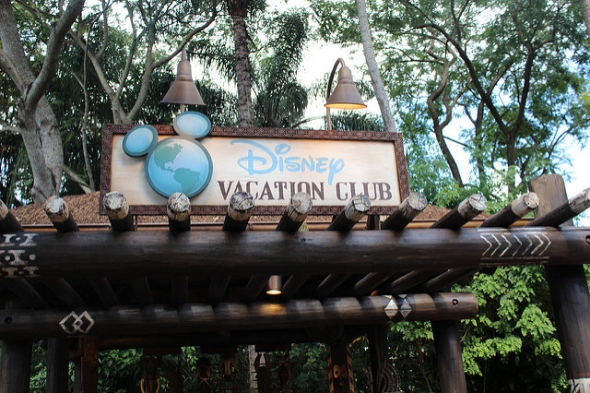 Developers invented the concept of the timeshare for usage at a 13-property resort in Switzerland in 1963. A company named Hapimag quickly sold all available units at Sut Baselgia, making the initial offering somewhat of a proof of concept. The world’s first timeshare entitled buyers with the right to stay at resorts and holiday properties across Europe. Hapimag didn’t tie ownership to Sut Baselgia. Customers bought their “vacation home” there, but they could exchange rental privileges at several attractive facilities. That’s not the standard practice today, nor was it during the early days of timeshare sales. Notably, it’s the one Disney eventually adopted and repurposed for their own needs, though.

By 1970, the idea of the timeshare spread across the globe. Almost immediately, the underlying philosophy of the timeshare struck a chord with potential customers. A quarter century after World War II, affluent citizens of many countries combined the new premise with the ascension of jet plane air travel to enjoy the privileges of wealth. These world travelers seeking exotic vacation destinations relished the thought of having a home away from home. Owning such a property meant that they’d be able to visit their favorite vacation destination whenever they wanted. Such real estate purchases were cleaner than buying an actual second home for vacation purposes.

In 1970, the first American land ownership group held a conference to discuss the nascent timeshare market. Two years previously, Congress had passed the Interstate Lands Disclosure Act, thereby providing some regulations for the industry. The American Land Development Association (ALDA) convened for the first time. This organization still functions as the primary trade association for timeshare ownership today. Their goals were modest back then, though.

Land owners and real estate developers all loved the timeshare as a concept. It allowed them to sell the same developed land and buildings on a repeated basis. Who wouldn’t want to pick up numerous paychecks for the same amount of work? It was one of the most viable business ventures of the 1970s.

By 1974, Resort Condominiums International (RCI) entered the marketplace. Founders Jon and Christel DeHaan realized the vast potential for a holiday exchange service; it eventually evolved into the premier timeshare brokerage in the industry. RCI remains popular to this day due to the clever nature of its business strategy.

RCI doesn’t sell any property per se. Instead, they provide developers with the ability to join RCI for a fee. In exchange, the developments become a part of the RCI exchange system, which currently claims over 6,300 properties across the world. Simply by owning points in the RCI database, a timeshare owner enjoys the ability to stay virtually anywhere on the planet. 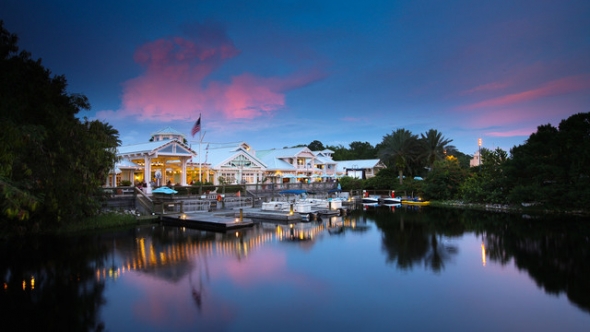 Almost a decade later, a major corporation entered the marketplace. John Willard Marriott opened his first hotel in 1957, and he’d built a juggernaut chain of properties by the early 1980s. He too loved the premise of selling the same property to multiple buyers. They researched a popular timeshare in Hilton Head, South Carolina. This resort, Monarch at Sea Pines was the signature property for a company called American Resorts Corporation (ARC). They’d calculated brilliant strategies to maximize profits at one of the most expensive tourist destinations on the east coast.

Rather than shamelessly mimic ARC’s business tactics, Marriott chose the path of least resistance. They acquired ARC, thereby purchasing their first timeshare in the process, and it was a great one. Monarch at Sea Pines stood apart as one of the most successful timeshares in the early days of the enterprise. This resort won four different national awards during 1982 and 1983 for everything from dutiful management to hospitality to development design. It was one of the crown jewels of the American timeshare industry when Marriott bought it. The following year, 1984, the corporation unveiled an entire timeshare division, Marriott Ownership Resorts Inc. They were going all-in on the fledgling industry.

The article seems to imply that it was Disney who invented the points-based system. This is not strictly true. The points-based timeshare system Disney used was not invented by them, but actually dates back to "the Father of Timeshare", Dr. Guido Renggli. In 1963, Dr. Renggli and German developer Alexander Nette co-founded Hapimag, which started selling timeshares in Europe. Hapimag was the first timeshare operator in the world and is by far the largest in Europe. It was Dr. Renggli who first pioneered the points system. Vacation Internationale introduced the points system in the US in the mid-1970's, beginning in Hawaii. Trendiest Resorts, based in the state of Washington, was the first timeshare company to only sell a points-based timeshare. Disney patterned its system on these models.