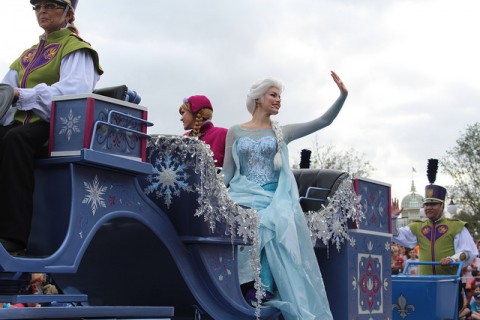 Quick! Name the last great Disney princess! Before you respond, let me tie one hand behind your back first. You can’t name Elsa or Anna from Frozen. Instead, you have to pick someone before them. The rules of this exercise are fairly simple. It has to be someone that can sell a vast amount of merchandise while appealing to a broad range of demographics. In other words, it needs to be somebody from Disney movies. That rules out recent television staples such as Sofia the First.

What’s your answer? Did you choose Merida, Rapunzel, or Tiana? All of them are viable responses yet their impact on The Walt Disney Company’s Parks and Resorts division is minimal. Sure, Meet and Greets are available, and you’ll notice them during park parades. To date, none of them has a ride named after them, which reduces their overall theme park footprint. 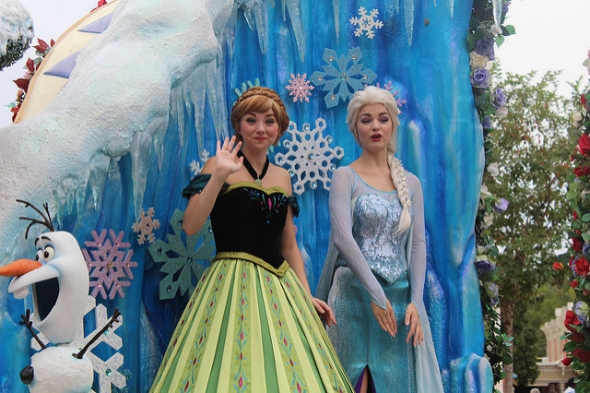 Even Mulan and Pocahontas lack this sort of presence. That means no Disney princess has directly impacted the Parks and Resorts part of the business since the early 1990s (!). Given this information, it’s easy to understand why the company was slow to react to an amazing turning point. The release of their latest animated masterpiece, Frozen, in November of 2013 was obviously significant to the company; however, no one involved with the project could have anticipated what happened next.

Frozen evolved from an upbeat tale of sisterly love into the signature Disney intellectual property for women, and the escalation occurred in only a year. The entire series of events started innocently enough. Walt Disney Pictures promoted Frozen the same way they’d marketed co-director Jennifer Lee’s previous film, Wreck-It Ralph. They’d already done something unusual for the company, though. Lee had only co-written the videogame-based story of her prior project.

With Frozen, Lee became the first female director for a Disney animated film. Her bosses could tell she had a uniquely female point-of-view that attracted women, who were already a bread-and-butter demographic for the company.

Still, Disney didn’t go all-in on Frozen during its early days. Sure, they slotted it during one of the most lucrative box office periods on the calendar, Thanksgiving week, but they didn’t saturate their television programs with ads the way they have more recently for titles such as Inside Out, The Avengers: Age of Ultron, or even Ant-Man. Their approach was modest, which makes the performance of Frozen all the more noteworthy. The film earned $90.6 million during its first week in wide release. For comparison, Wreck-It Ralph needed 10 days to reach that total.

Disney started to appreciate that they had something special on their hands at this point. It received an 89 percent Fresh Rating at Rotten Tomatoes. More importantly, it received a Cinemascore of A+, something that fewer than five films a year manage on average. In the relatively short period of five weeks, the corporation recognized that they had badly missed the mark.

They’d anticipated a blockbuster hit on the level of Tangled, their wonderful 2010 retelling of the Rapunzel fairytale. That film grossed less than $600 million worldwide. Frozen reached $500 million by the end of 2013. It would go on to become the most popular animated film of all-time with worldwide box office of approximately $1.3 billion, more than twice what Tangled made. Disney had built their holiday merchandising program around the sales model for Brave. Oops.

Have you checked eBay?

In late 2013, everyone wanted a piece of Frozen. Disney couldn’t satisfy their needs. They grew so frustrated over the way that their retailers struggled with this issue that for the first time since Disneyland opened, they’re switching Princess doll manufacturers from Mattel to Hasbro. They acknowledged customer dissatisfaction and took steps to meet the almost incomprehensible demand for Frozen.

Then, the company overcompensated in historic fashion by turning 2014 into the unofficial year of Frozen at Disney theme parks. Anyone who visited one of these places in 2014 knows what I mean. The fun actually began a week early when ABC aired their annual Disney parade. It featured a performance of Let It Go by Demi Lovato that dazzled onlookers. Amusingly, Disney filmed the concert two weeks prior to the movie’s release, yet the crowd reaction identified that this song would be a blockbuster. Seriously, you can’t even hear her due to this cheering in this clip.

Sorry, I've been over Frozen a long time ago (as are my grandkids). I'm tired of it being shoved down my throat constantly at the parks.....Hey Disney...LET IT GO