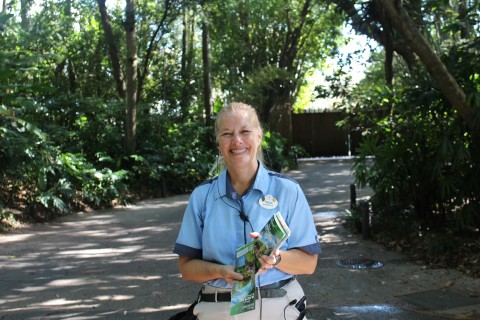 If you think of the best Cast Members you met on your last Disney trip, you may think of the great waiters, attraction attendants, character performers, and even the Imagineers who designed each attraction, store, and restaurant.  And while they are certainly important, there are many more unpraised Cast Members, both onstage and behind the scenes, working to make sure your vacation is as perfect as possible.  And while we couldn’t possibly mention them all here, we can praise a select few Cast Members whose jobs are often overlooked by the average guest. 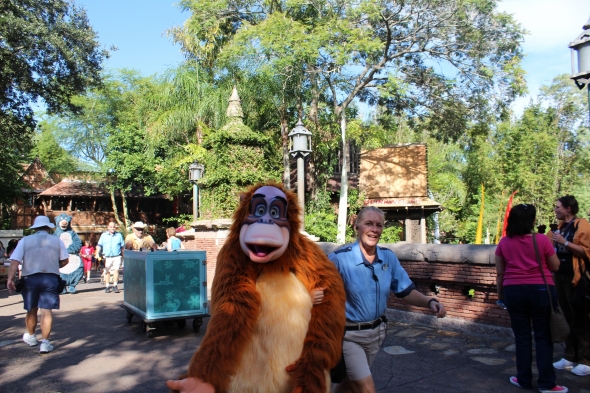 When meeting a character in the parks, you may remember the actual character as well as the PhotoPass Photographer.  However, you may not have noticed the character attendant.  These Cast Members, who are usually seen wearing blue shirts and khaki shorts, are vital when it comes to making a character interaction run smoothly.  They are responsible for making sure the characters get their breaks, help them get into their costumes, and make sure the characters are comfortable and are not having any issues on stage.  They also maintain the queue line and can also been known for having a spare pen or marker when a guest forgets theirs.

Their job can be tough, as they also have to cut the line off when the character has a scheduled break, resulting in many angry guests.  However, they have to maintain their composure and do what is best for the character, even if it means being yelled at.  Without character attendants, waiting to meet characters would be a much more chaotic experience.

2.  The Maintenance and Custodial Cast Members 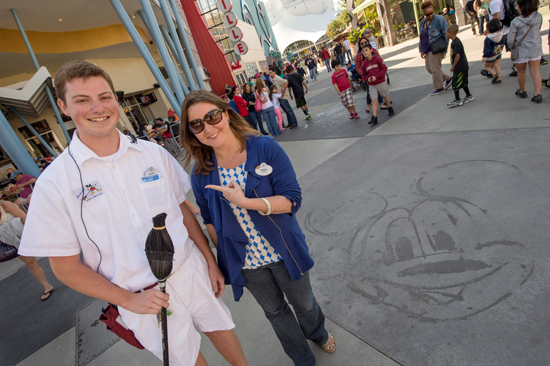 One thing that Disney fans love to point out is the cleanliness of the parks - every morning it looks like every single surface was scrubbed down, as if by magic.  And while magic does certainly exist at Disney World, it can’t be done without helpers.  The maintenance and custodial Cast Members at Disney are the ones that make every door look freshly painted and every flower bright and colorful.  They also tune and fix every attraction so that they are ready to run the next day.  They often clock in as the parks are closing, working all night so the parks look perfect the next morning.  You may also see the custodial Cast Members sweeping up popcorn or emptying a trash can during the day.  Some talented ones will even “paint” a character on pavement using a broom and water.  Their jobs may not be glamorous, but without them Disney wouldn’t look or operate as good as it does. 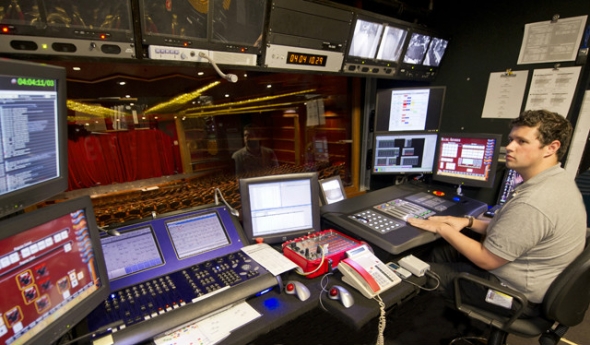 What’s your favorite show at Walt Disney World?  Is it Festival of the Lion King, Finding Nemo the Musical, Beauty and the Beast - Live on Stage, or even Fantasmic?  To make these shows and more operate multiple times on a daily basis, there are an army of technicians and stage managers, all hiding behind the scenes, making sure Simba, Nemo, Belle, and Mickey look (and sound) as good as possible.

Stage managers are responsible for “calling” each cue, basically telling the lights and sound technicians when they need to do everything.  The stage technicians are everywhere backstage, pointing spotlights, making sure microphones are working, and helping performers change their costumes.  They always need to stay focused to make sure that they are doing the right job at the right moment.  And after the show ends and the performers come out for bows, they remain backstage.  Although we only rarely see stage managers and technicians, their jobs are just as important as the performers.  Without them, the show would not go on!