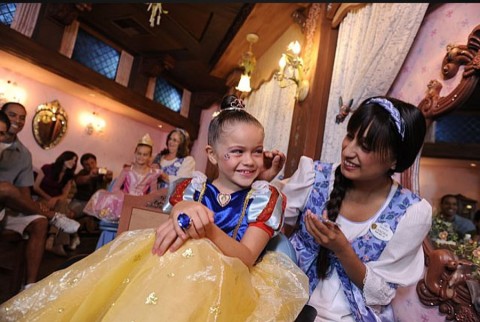 There are a ton of free and low cost activities to do at Walt Disney World, like riding the monorail, enjoying time by a pool, and watching an outdoor movie at any of the resorts.  However, there are also a lot of ways to burst your budget, especially if you have children that you want to spoil rotten. 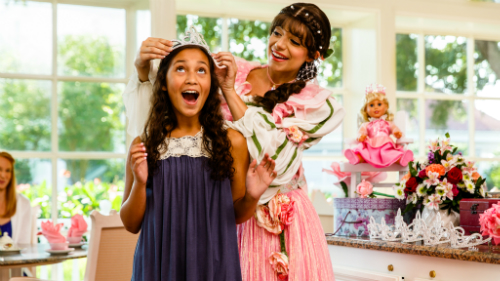 Little girls love having pretend tea parties, so Disney's Grand Floridian Resort & Spa thought they would take the concept and make it as extravagant as possible.  The party is hosted by Rose Petal, a magical flower from Princess Aurora’s garden.  Rose Petal entertains the children with stories and songs and leads the guests in a princess parade around the Grand Floridian lobby.  Later in the party, Princess Aurora herself makes an appearance.  Of course, it wouldn’t be a tea party without tea, which is served with juice, grapes, cheese, tea sandwiches, and cake.  The princesses (or princes) also receive an Aurora doll, a tiara, a bracelet, a necklace, a scrapbook set, and a “best friends” certificate for their new doll friend.  The entire experience lasts about an hour and a half. 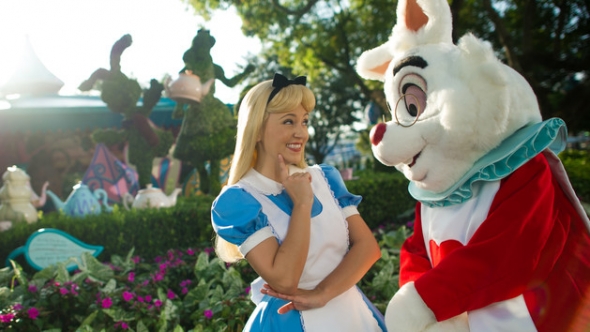 If you are looking for a less-costly, but just as fun tea party experience, children will love the Wonderland Tea Party, located in 1900 Park Fare at Disney’s Grand Floridian Resort & Spa.  This party only lasts an hour and although parents can stay, they aren’t required to.  In this party, characters like Alice and the Mad Hatter lead the children in games, crafts, and cupcake decorating while sipping on juice and eating peanut butter and jam sandwiches.  This party is great for prince and princess who prefer a sillier tea time in a less formal setting or who want to spend quality time with their favorite Wonderland characters. 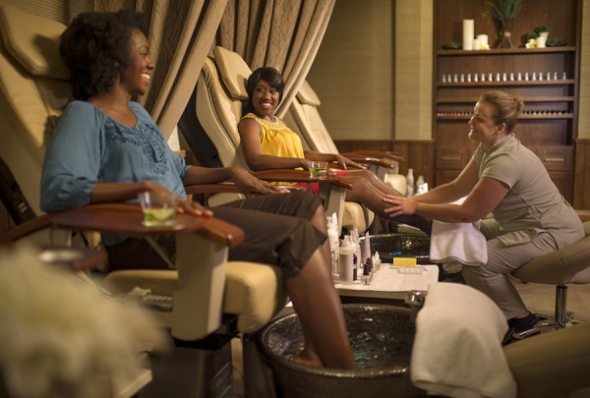 Adults may enjoy spoiling themselves with a day of pampering at the spa, but that doesn’t mean they can’t spoil their kids as well.  Both the spas at Disney’s Grand Floridian Resort & Spa and Disney’s Saratoga Springs Resort offer a children’s menu that features a 25-minute manicure and pedicure, which are each $30 and $45, respectfully.

Mandara Spa at the Walt Disney World Dolphin Resort also offers a variety of services for teenagers, including a 25-minute back message for $75 and a 50-minute facial for $110.  There are also 25-minute manicures for $30 and 45-minute pedicures for $50.  If you want to spend more quality time with your teenager, there are mother-daughter and father-son messages that range from $165-$220.