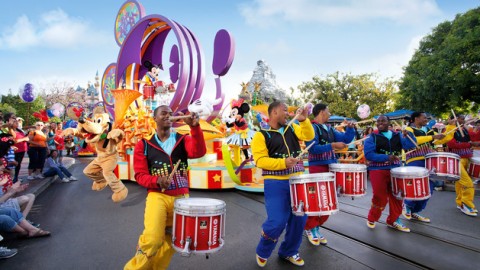 Disney and parades go together like peanut butter and jelly.  For most people, an iconic childhood memory is visiting either Disneyland or Walt Disney World and sitting on a curb, watching favorite characters sing and dance their way down Main Street, USA.  Disney has gone through quite a lot of parades over the years, with a few of them really standing out.  Today, let’s take a look at some of the most unusual but fun parades Disney has created over the years. 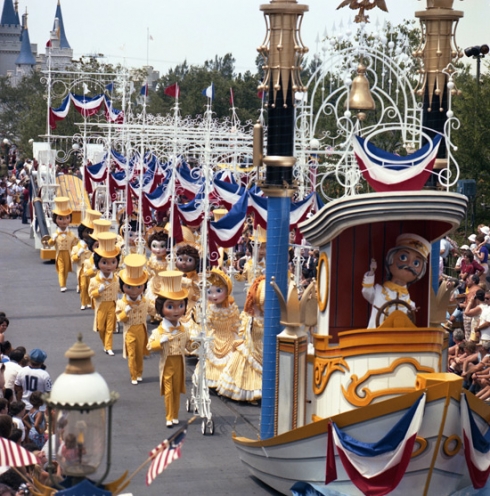 Presented at both Disneyland and Walt Disney World, America on Parade ran from 1975-1976, celebrating America’s bicentennial.  This parade was unique, as it was the largest parade ever made at that point in Disney history.  It featured over 150 performers and had about 50 unique and floats, some which were so high they had to dismantled in order to pass under bridges and ceilings to return to their starting point.  It also had synchronized music (including a song created by the legendary Sherman Brothers) and choreographed dancers.

Strangely, the parade featured very few Disney characters.  Instead, doll-like characters rode on floats that reenacted important moments in American history, like the first Thanksgiving, the Revolutionary War, and the meeting of the two trains that symbolized the completion of the transcontinental railroad.  The floats also represented parts of American culture, like riverboats on the Mississippi River, baseball, and picnics in the park.  Later in the parade a few Disney characters make appearances, representing American films and television.  The parade also featured perhaps the weirdest float in Disney parade history, a giant sandwich followed by a dancing jar of mustard.

Although it can be argued that the parade glossed over more important (and controversial) parts of history, it does certainly represent Disney’s view of the perfect American town and family.  And considering that this was the first parade of this size, you can see how it influenced the many parades that would follow it. 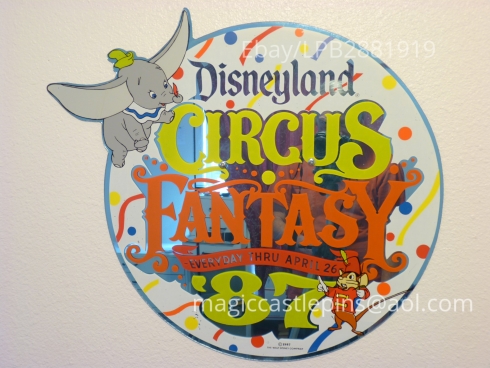 Sometimes called the “Circus Fantasy Parade,” this ran in Disneyland from 1986-1988.  Although the idea of a circus themed parade sounds fun, Disney took it to a whole other level.  The parade, which ran just under 20 minutes from start to finish, decided to have different sections that represented various parts of the world, like the Old American West, South America, and the Far East.  Each section had performers and classic Disney characters dressed in costumes that represented their section of the world, with the parade’s catchy soundtrack changing to incorporate music from that section (including a sampling of “The Three Caballeros” song in the South American section).  However, the most memorable (and strangest) part of the parade was its use of exotic animals.

The parade opens with a stagecoach pulled by a team of eight horses trotting down Main Street, USA.  But when you then see a herd of five elephants following them, one with Minnie Mouse riding on its back, you know that this is going to be a different type of parade.  Also included in this parade were llamas, parrots, camels, a chimpanzee, and a giraffe.  Even stranger, Pluto rides on the back of a bull, Goofy dances on a float five feet behind a puma only constrained by a leash, and a lion glides by in a giant, lion-shaped cage float.

The parade also included classic parade and circus favorites like clowns, stilt walkers, unicycle riders, dancers, and a marching band.  As entertaining as it was, it does leave some important questions unanswered, like how did Disneyland find so many animals for the parade?  Whatever the answer, it looks like the animals didn’t stay around for long, considering the parade only lasted for two years on and off and was followed by some more sensible parade themes.