8 Things I Learned Working at the Orlando Theme Parks 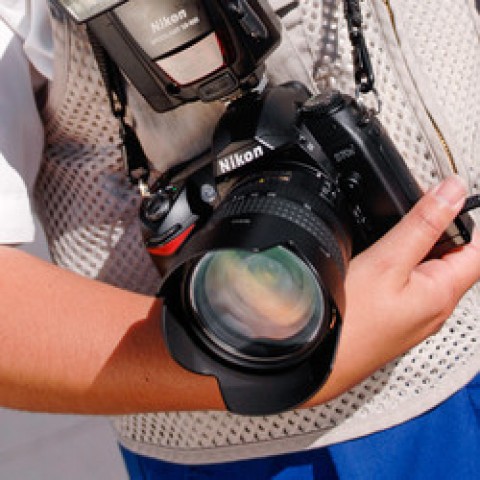 I lived in Orlando for about five years, and within that time I worked as a PhotoPass photographer at Walt Disney World, an attractions attendant at Universal Orlando Resort, and as an education camp Intern at SeaWorld Orlando.  During my time at the theme parks, not only did I learn a lot about the companies and their procedures, but I also learned a lot about myself and life in general.  You really can learn a lot when you work closely with people from around the world while they are on their dream vacation. 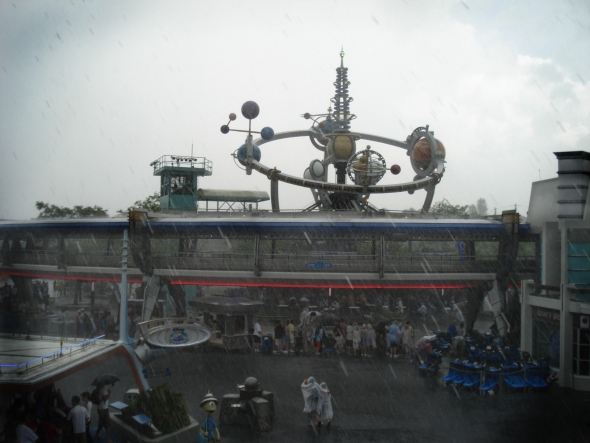 When picturing your perfect Orlando vacation, what do you imagine the weather being like?  Probably clear, sunny, and warm, but not too hot.  And while there are a few days like that, there is also a good chance that at least one of your vacation days is going to be gray and rainy, especially in the summer.  In fact, despite being part of the Sunshine State, Orlando generally averages about 113 days where there was some kind of detectable amount of precipitation.

It's a little ironic that I say a rainy day isn't bad, because as a PhotoPass photographer I often wasn't able to work at all since I couldn't go outside with my camera (electronics and water don't mix after all).  However, rain doesn't mean the day is wasted.   It just means that the day will be a little different than what you expected.  And sometimes different isn't necessarily bad.

For example, many of the Disney character meet and greets need to change locations if it rains.  Not only will the character's costume get wet, but many guests don't enjoy standing in a line while getting soaked.  One day I was working with Pocahontas in Disney's Animal Kingdom on a rainy day.  She used to meet guests in an open area but because of the weather she had to be moved to a covered location.  Because of this, guests either couldn't find her or decided just not meet her.  This meant that the few guests who did meet her got to spend a lot more time with her than they initially expected.  At one point there was no line at all, so one little girl stayed for about ten minutes, asking Pocahontas any question she could think of.  She also showed Pocahontas her completed Wilderness Explorer activity book, and they spent a lot of time discussing their favorite animals and where they dreamed of traveling to.  The girl's mother even mentioned that it was their favorite character interaction of the day, since they got to spend so much time together.

When I worked at SeaWorld I was a counselor in their summer camp program, meaning I spent every day walking around the park with the campers teaching them about animals.  Rain often meant that our days had to be readjusted, but it doesn't mean we sat around staring at the wall.  These days often gave us the chance to explore some of the lesser visited areas of the park, such as the Jewels of the Sea aquarium, located in the Journey to Atlantis gift shop.  On a normal day we usually didn't have much time to spend at Journey to Atlantis, but because we spent an extra few moments waiting for the rain to clear the campers got to see animals that aren't located in other areas around the park, like jellyfish and moray eels.

So is it sad when it rains and your favorite rollercoaster is closed?  Yes, it is.  But that doesn't mean that the day is ruined because there are always ways to use your time, sometimes in ways that make the day even better.  This is true even when you aren't in the theme parks, because a scheduled day outside might be readjusted for a fun family board game day.  Even if the day doesn't go as planned because of the weather, it can still be just as fun and productive.

2.  It's So Easy to Make Someone's Day a Little Brighter 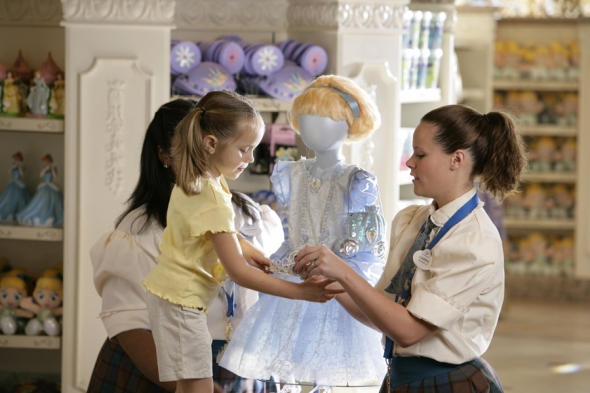 Disney World is known for its "magic," aka the little things they do to make everyone happy.  They will replace a fallen ice cream cone and will call each child a "prince" or "princess."  It's a part of every cast member's training to look out for magical moments and help facilitate them.

However, in the real world people seem to get a little too focused on themselves, or think that going out of their way to do something nice for someone else requires a great amount of time and energy.  Well, in my experience making someone's day better can be a lot easier and simpler than you think, but it can make such a difference.

One day when working at Disney's Hollywood Studios, I noticed a mother and son sitting on a bench on Sunset Boulevard.  I saw that the little boy was crying and asked if everything was okay.  They explained that the boy was a little too short to ride on the Tower of Terror and was upset that his older siblings went on without him.  I had a bunch of Mickey Mouse stickers in my pocket and I gave him a few, telling him that since he didn't get to go on the ride he could at least have some stickers.  I got into a conversation with his mother and suggested that they visit the Beauty and the Beast Live on Stage show, as it was just beginning and was just behind them.  They were unaware of it and were excited that they were able to do something fun while waiting.  It didn't take much time to talk to the family or to give them some stickers, but I know it made their day a little better especially since it had a rough start.

Disney parks aren't the only ones who try to go above and beyond, as both Universal and SeaWorld encouraged their employees to go above and beyond.  An example of this was when I worked at Universal Studios, as an attractions attendant at Shrek 4-D.  At Universal, it was common to see people dressed up like their favorite characters, especially Harry Potter, the Marvel superheroes, and the Despicable Me minions.  However, not many people walk around in Shrek attire. That's why I was so excited when a family came through the line, all of them wearing a homemade Shrek t-shirt! I let my manager know how cool they looked, and he suggested we do something special for them.  So when they exited the attraction, we found them and commented on their great shirts.  We asked where they planned on heading next, and when they responded that they wanted to go on Disaster!, so I escorted them over and asked the team members to let them into the attraction first, which they did.

In both situations, I didn't have to do much to make someone's day better, and I learned that throughout life that it is still true.  There are so many small things that you can do on an average day to help someone, like complementing a stranger on their appearance or holding the door open for people as they enter a building.  Even this holiday season, if you have a few extra dollars you could buy a toy for a child who may not receive a gift this Christmas and place it in a collection box.  Sometimes just giving someone a nice smile can positively affect them when they really need it.  These all may seem like small things, but you would be surprised how much it means to them.