One Road Convinced Walt Disney to Bring the Magic Kingdom to Florida.

I've got some Florida swampland to sell you... 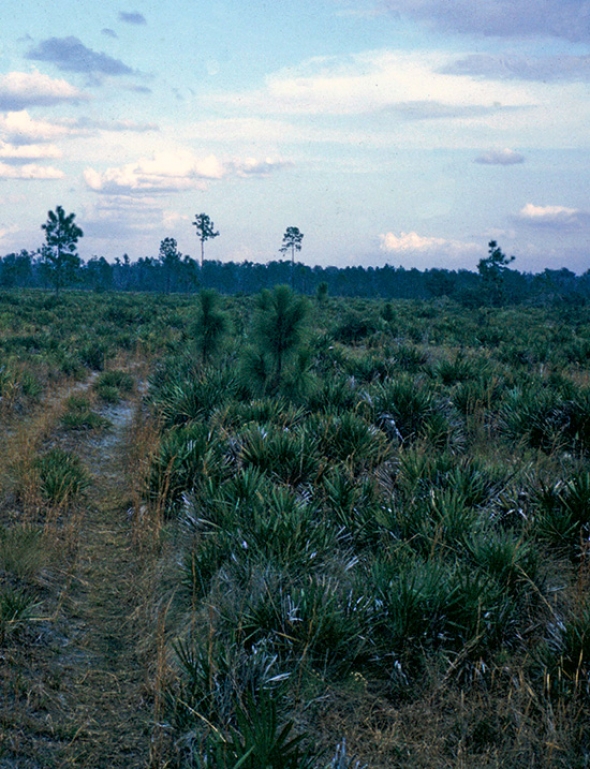 Disney quickly deduced that the answer to his problems could be found in central Florida. The middle portion of the state included a lot of cheap land that he could acquire if only he were sneaky enough. He rightfully feared that if word leaked that a Hollywood icon/theme park tycoon was purchasing a lot of Florida real estate, prices would escalate quickly. At $180 an acre (or anything under $500 per acre), the price was right.

Conveniently, Florida swamp land came cheap, at least at its starter price. Anything higher would cut into the cost of future development, though. And even Florida swamp land would appreciate in value if people realized The Walt Disney Company wanted to purchase it.

For this reason, keeping the cost of land acquisition in check was the highest priority for The Walt Disney Company. As was the case with Disneyland in its early days, every addition in Florida would come at the opportunity cost of something else not being built for a time. Pinching pennies was critical to Disney’s grand plans. So, he famously performed a land grab under a lot of newly created corporations. Uncle Walt and his real estate team founded these fake businesses in order to hide his true intent, the de facto purchase of a yet unbuilt city in the southeast.

The highwayman and the girl reporter 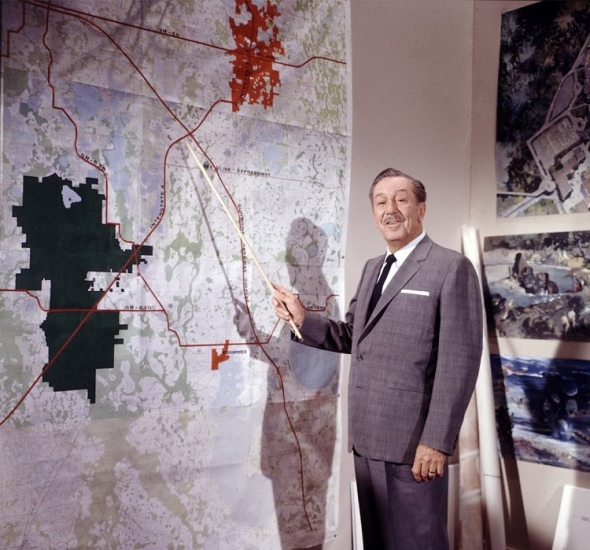 One of the primary reasons Central Florida appealed to Walt Disney was its location. No, I’m not talking about the swamp land that construction workers converted into the gorgeous scenery you know today. I mean the infrastructure. While most of you have lived in an era of interstate access across North America, connecting highways were still limited in terms of 1960s infrastructure. As Disney flew over Florida, he experienced an epiphany. The highway under construction there, Interstate 4, would intersect with an existing one, the Florida turnpike, leading all Florida roads to central Florida.

The situation was ideal. The existing and upcoming connector roads would guarantee that anyone in Florida as well as visitors from outside the state could reach the new city by automobile. This was not Disney’s preferred choice, as you’ll learn in a bit, but he understood that many people would want to drive to the city that Walt built.

There was a fly in the ointment, though. The Orlando Sentinel discovered Disney’s plans despite his impressive amount of espionage. They did this despite the fact that Disney used lawyers and ex-CIA operatives (!) to cover his tracks on the bold land grab. One of the strangest reasons possible undid all their careful planning. Local store owners took note of an influx of Disney executives. While engaging in small talk, a requisite of southern hospitality, the Florida natives realized that too many people from WED Enterprises were visiting for the situation to be a coincidence. 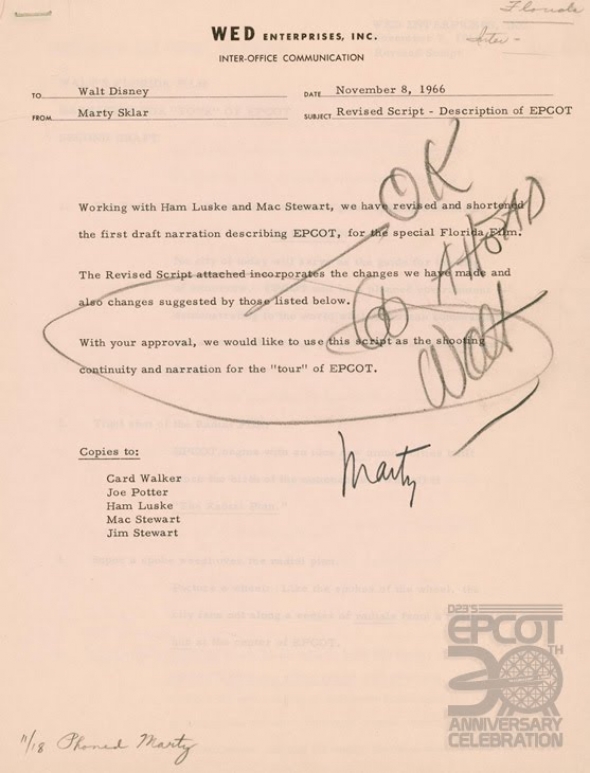 On October 21, 1965, a reporter named Emily Bavar became a central part of Florida history when she speculated that Walt Disney was the one purchasing such a huge chunk of the state. Only people with names like Dan Rather and Christiane Amanpour break such stories as a rule. Bavar’s revelation was so dramatic that it was the key portion of her obituary in the newspaper where she worked.

A few days after Bavar’s bold proclamation, the paper ran one of their most infamous headlines ever. It read, “We Say: ‘Mystery’ Industry Is Disney,” and it was one of the boldest scoops southerners have ever known. I should note that this was a much more forward-thinking headline than the one they’d published regarding Bavar’s journalistic instincts earlier in the week. That one read, “Girl Reporter Convinced By Walt Disney.” A nation of feminists must have collectively shuddered.

The timing of the revelation was particularly strange for The Walt Disney Company, as their historic achievements at The 1964 New York World’s Fair had ended the week before after a triumphant two-year run. After such an emotional high, they had a sudden reversal of fortune. Bavar’s reporting immediately hit them in the wallet.

Prior to the article’s publication date, the company had purchased 27,000 acres of land at an average cost of $200. This cost was slightly more than the initial $180/acre price of the swampland but still quite a bit less than Disney had budgeted for the endeavor. Before Bavar exposed Disney’s real estate transactions, their spy tactics had worked beyond their wildest hopes.

After the word got out, however, land owners started to gouge The Walt Disney Company, knowing that without their property, this East Coast answer to Disneyland couldn’t move forward. The corporation had no choice but to pay exorbitant prices. They spent as much as $80,000 per acre after the “Girl Reporter” publicized their land grab. Bavar’s intrepid journalism cost Disney millions of dollars.

Less than a month after her story, Walt Disney held a news conference. During this event, he confirmed the rumors that his next creation would be constructed in Orlando. Florida governor Hayden Burns attended the event, and he happily described the turn of events as among the “most significant in the history of Florida.” Uncle Walt stated that the new venture would debut in 1969 and that his corporation would invest $100 million toward the project. He was ready to build a better tomorrow for his grandkids and all the other children of the world.

I think it would have been neat to see this come to life. I'm not sure how it would be today, but I think Disney could profit off of something like this if they tried to build it.