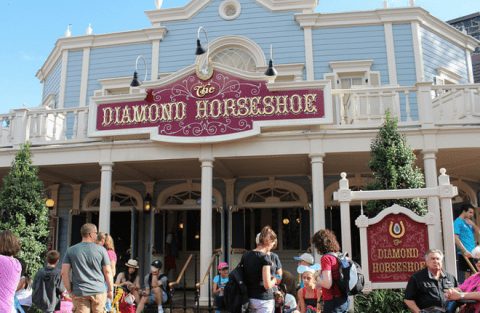 Of the four Walt Disney World parks, the Magic Kingdom has the least amount of unused space, with pretty much every building housing an attraction, restaurant or gift shop. However, even though the Magic Kingdom doesn’t have the abandoned space issues of Epcot or Disney’s Hollywood Studios have, there is one odd phenomenon that happens at this park that no one really ever seems to talk about: the collection of quick service restaurants around this park that never open.

While other parks have plenty of quick service restaurants that are open 365 days a year, the Magic Kingdom has several locations that are only open a few days of the year and are purposefully kept closed most of the time... 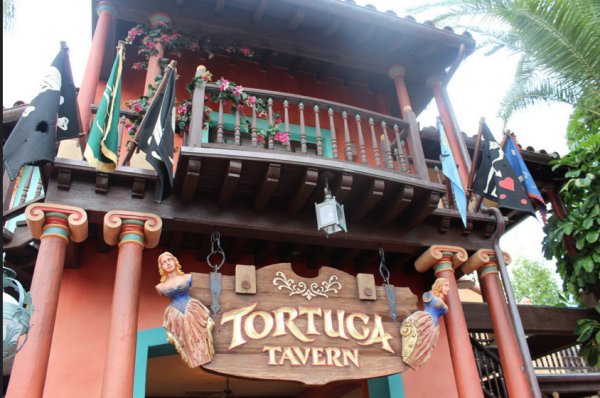 When it’s open: Select afternoons in the summer and holiday season

Though this dining location recently got a menu update, the Tortuga Tavern is only open for a few weeks a year, and only in the afternoon. Those who are able to find this place open will be able to enjoy a breezy covered seating area, rustic décor that recalls the style of the Pirates of the Caribbean (which is situated right across from this restaurant), and a BBQ-inspired menu that includes pulled pork sandwiches, beef brisket on Texas toast, and even a roasted corn and vegetable salad with barbecued beef brisket.

Though this dining establishment is a great spot to get your barbecue fix at the Magic Kingdom, its only open on peak summer days and during the holiday season. Worse yet, if you want to grab lunch here, you’ve only got from 11AM-4PM to do so, as this location has extremely limited operating hours as well. 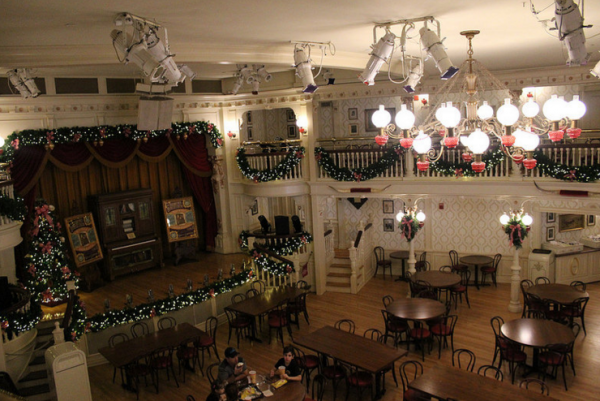 When it’s open: During special events and peak days

There’s an old saying among Walt Disney World veterans that if the Diamond Horseshoe is open, it means the Magic Kingdom is about to hit capacity. While that isn’t always true, it does speak volumes about how often The Diamond Horseshoe is actually available for guests. Which is a shame because this has one of the most unique dining rooms on property, which features ample seating around a central stage. Though the food here typically consists of pre-packaged items and simple entrees like turkey sandwiches , the atmosphere can’t be beat, and the fact that most guests walk on by this location means you'll probably eat your lunch in silence, which is a huge perk if you're trying to avoid the madness of popular restaurants like nearby Pecos Bill's Tall Tale Inn & Cafe.

Though it’s tough to predict when the Diamond Horseshoe will serve guests, on days that it does open this dining location typically begins service around 11AM, but then closes again by 3PM, which means you’ll have to act really fast if you want to dine here.

I've eaten at the Tomorrow Land location. The day my family and I ate there, the restaurant was full. It was hard to find stable to sit at. This was partly because it was a rainy day and people were looking to get out of the rain. The food was about average for any run of the mill QSR. I'd eat there again if the chance arose.

I Wish these restaurants at the Magic Kingdom would open on a regular basis.

I think people are confusing tomorrowland terrace with cosmic rays. Diamond Horseshoe is now open as a family style restaurant.

Even though Aunt Polly's is not open often, it is a nice place to take a break in its rocking chairs and take a nap

Also I miss Aunt Polly's being open, it was such a great escape from the crowds to enjoy a pb&j and snack on the island