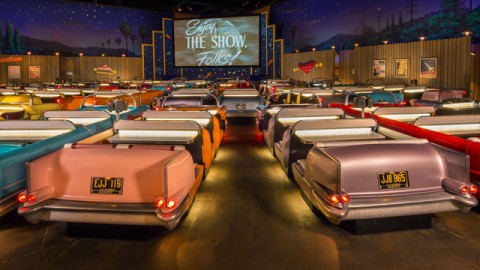 Dessert! Dessert! Dessert! Whenever people talk about Disney dining, they wind up sounding like Sarah Jessica Parker in Hocus Pocus. I understand the why of it. The desserts at Disney theme parks are universally delicious. These are not, however, the foods that will sustain you during a hearty day of theme park tourism. It’s the entrees that provide the protein you need to walk thousands of steps to reach your favorite attractions.

I’ve never quite understood why the main courses get the short shrift when people talk about eating at Disney, either. Let’s correct that right now by discussing the best of the best when it comes the most important courses each meal. Note that I’m not a foodie by any stretch of the imagination, so I received input from several Disney superfans in compiling this list. Here are the nine entrees we consider to be the best at Walt Disney World. 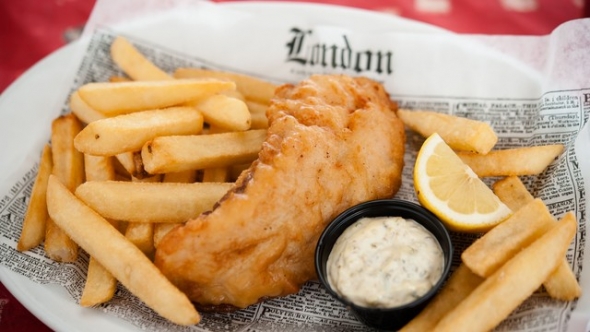 Many of the pavilions at Epcot feature cuisine more than worthy of this list. I previously compiled a list of my favorite eight if you want to see how well we line up on Disney foods. Rose and Crown deserves a second mention here for doing the one thing expected of a British restaurant spectacularly well. When a person holes up at this restaurant for dinner, the intent is oftentimes to stretch out the meal long enough to enjoy Illuminations during one of the courses. There’s no better way to pass the time than by celebrating one of the true staples of English food culture.

Fish and chips, while basic cuisine at its core, represents every preconceived notion that people have of British cuisine. The surprise is how crispy and “mouth-meltingly good” the fish is. That’s an actual quote from a family member.  Plus, it’s so fresh that you can’t help but wonder if Disney cast members are casting fishing rods into the water a few hours before Illuminations. Actually, that’s gross. Forget I said that. 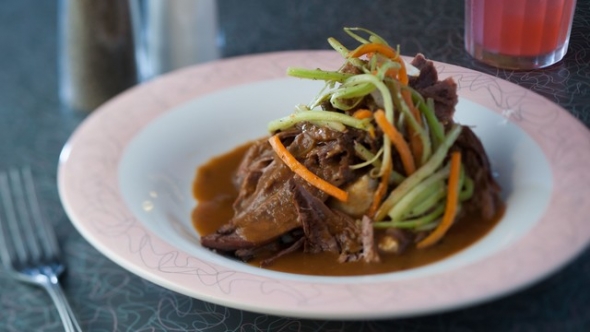 I’m a huge fan of kitsch, which means that I love the setting of this restaurant. Where else can you go today to have people who will later ask you for a tip boss you around if you don’t demonstrate proper manners at the dining table? The food here is admittedly heavy, so it’s not perfect for everyone. If you’re like me and enjoy the nostalgia of an entire family sitting down together to eat a meal, however, there’s a lot to love at 50’s Prime Time Café.

The best meals they offer are all recipes for classic staples of American cuisine. There’s nothing the least bit fancy about a pot roast. The dish is by nature utilitarian, crafted to include enough food to feed a large family for multiple meals. The pot roast at this Hollywood Studios restaurant somehow feels high-brow, though. The slow-roasted meat is remarkably tender, and the moat of gravy is drool-worthy. This entrée will remind you of Sunday dinners from the halcyon days of your youth, even if you never actually had these kinds of meals as a kid. The memories are collective, possibly due to Happy Days re-runs. 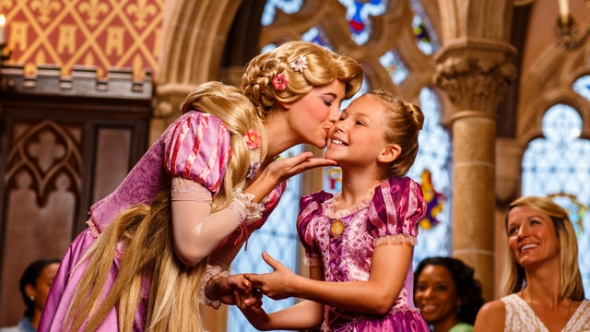 Anyone who eats at Cinderella Castle should feel like royalty, and royals are served the most delicious of succulent treats. While the formal staff at the restaurant prepares many delicacies, the pan-seared chicken stands apart for its verve and tenderness.

The beauty of the dish is that it’s designed to blend with the other standard components, something easier for chefs to do at Cinderella’s Royal Table, where guests receive only a handful of options for meals. This stylistic choice guarantees that the average diner will blend the chicken with a combination of Farro wheat risotto plus wild mushroom and leek ragout. Finally, a stone ground mustard jus pulls all the elements together into a mouth-watering bite. You may visit Cinderella’s Royal Table simply because it’s the most iconic theme park landmark in the world, but the tremendous quality of the food there may surprise you. 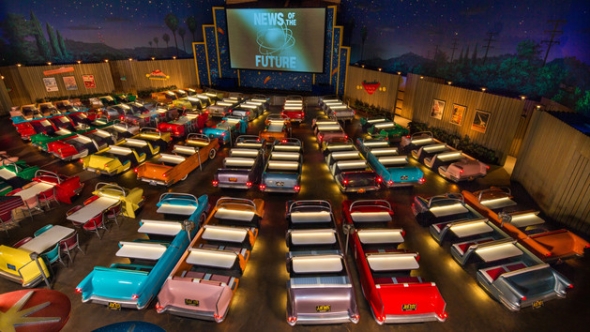 The dish is an American institution as well as your likely default choice every time you grab fast food on your way home from work. In order for a cheeseburger to stand out, it’s got to offer something you wouldn’t get anywhere else. While I could argue that the giant bun or the heapin’ helpin’ of beef is what differentiates the cheeseburger at Sci-Fi Dine-In, that’s not quite true. It’s the flavor in combination with the overall experience.

Eating here feels like stepping foot into yesterday, those days in the 1950s when Walt Disney was still trying to nail down the concept of the theme park but the food was already aces. Guests sit at a “booth” that is actually car-shaped and watch movies on the big screen that centers the entire building. The joy of living at the start of the space age adds to the ambience, and the meaty flavor of the restaurant’s signature cheeseburger will leave you begging for more.

I must say, I've had most of the New York Strips across the property and I do agree that Kona is probably the best I've had.

My wife and I were at California Grill in September and I can vouch for the Pork Cooked Two Ways. Quite simply, the best meal of my life.

We had what we widely considered to be the best meal we've ever had in Disney this past trip. We went to 'The Wave... of American Flavor' and we weren't expecting as high quality because of, well... the name. It doesn't quite inspire a sense of fine dining.

However, the Seared potato gnocchi with six-hour slow-braised short rib, cabernet cream sauce and lemon creme fraiche? Hands down the best meal I've ever had in Disney. So good. We're heading back in May and going to try to get it again.

You know, as soon as you publish great food ideas at WDW, the menu changes and those aren't on the menu.

When the Sandtrap Bar & Grill still existed, when the original Bonnet Creek existed, near the campgrounds, they served a sandwich that blew these all away. It was a toasted roll with a grilled marinated portabella cap, roasted peppers, spring mix, garlic aioli, and a 2 oz. slice of smoked gouda cheese in a tempura-like batter and deep-fried! Lord it was good. Been gone a while now.....