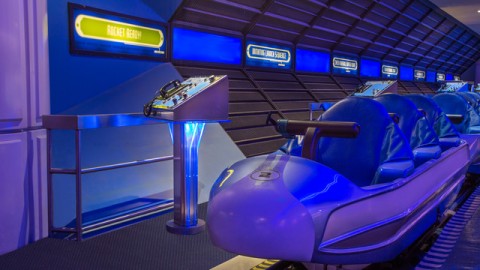 Walt Disney World features many of the seminal attractions in the theme park industry. These rides are so popular that The Walt Disney Company feels comfortable adapting several of them into major motion pictures. They also enjoy their own merchandising lines and claim the sort of brand appeal that fosters an indelible connection between Disney theme parks and its signature attractions.

Still, there’s a lot that took place during the creation of each one as well as changes that transpired after they’d operated for a set period. Even self-proclaimed Disney experts are unlikely to know the full history of many of its most acclaimed rides. Also, it’s always fun to learn more about the amazing innovations crafted by Disney Imagineers. Here, then, are 29 facts about eight of the signature attractions at Walt Disney World. 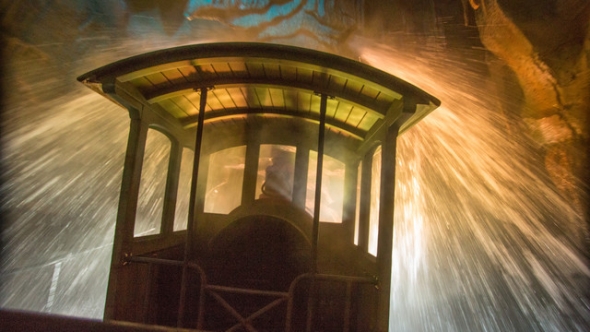 1)      While not as aggravating as It’s a Small World, the music in the waiting line for this roller coaster can still drive cast members crazy. Fourteen songs play during a 20-minute loop, meaning that workers are forced to listen to the same clips a dozen times every four hours.

2)      On the plus side, Buffalo Gals, which became legendary due to its usage in It’s a Wonderful Life, is one of them.

3)      The town of Tumbleweed, the setting for the ride, has experienced an extinction-level event, a flash flood. A sign proclaims that the population started at 8,015 before declining to 247 and, finally, 15. Even on The Walking Dead, you’ll get better odds than that.

4)      If you’ve ever wondered about the backstory of the crazy dude in pajamas relaxing in a bathtub, his name is Cousin Elrod. He doesn’t seem to mind all the tragedy unfolding around him. Then again, it might have driven him crazy.

5)      In a Cloudy with a Chance of Meatballs-esque twist, the source of all the trouble is a well-meaning scientist prophetically named Professor Cumulus Isobar. In order to boost the climate of the arid region, Mr. Isobar built a rainmaking machine and, well, you know how that turned out. 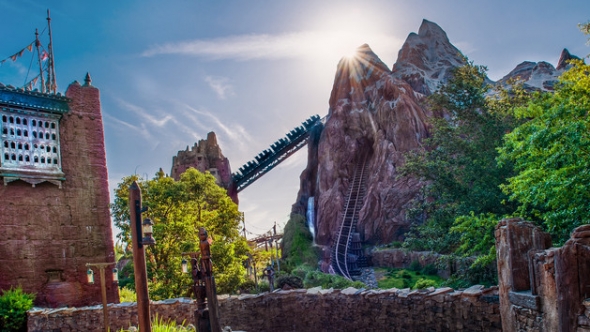 6)      There are four majestic but man-made mountains at Walt Disney World that stand above the rest, six if you count water parks. All four at Disney theme parks are on this list, but Expedition Everest stands tallest, at least in a literal sense. Yes, it’s taller than Big Thunder Mountain, Space Mountain, and Splash Mountain. You may not have noticed since Disney employs forced perspective with so many of their structures.

7)      Entitled Forbidden Mountain, it is eight inches short of standing 200-feet tall, making it the tallest artificial mountain in the world.

8)      The famously broken Yeti that highlights the thrill ride is simultaneously the largest and most complex audio-animatronic in Disney’s storied theme park history. It stands 25-feet-tall, the equivalent of three Yao Mings with another two and a half feet to spare.

9)      The poor Yeti only lasted a few months before tearing up during the second half of 2006. Almost a decade later, Disney employees still haven’t solved the problem of how to fix it safely. 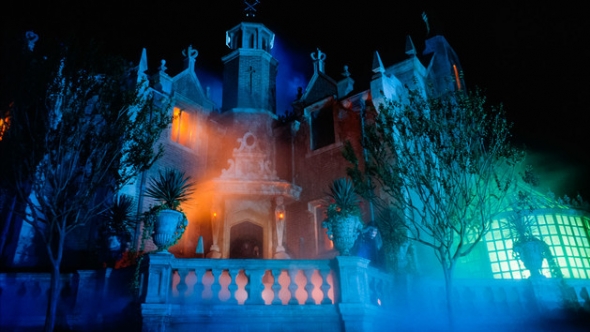 10)   The infamous Hitchhiking Ghost called the Prisoner (and unofficially named Gus) actually makes a second appearance during the ride. If you pay attention, you’ll see him during the Graveyard scene. He stands near the Executioner, fittingly enough. I guess the Governor calls or he escapes before his justice is administered.

11)   Perhaps the scariest aspect of the entire ride is that the books in the Library are all for lawyers. Titles include Modern Legal Forms and Corpus Juris, which translates as The Body of the Law. Apparently, Haunted Mansion poses the difficult question, “Would you rather be haunted or sued?”

12)   The 1960s television program Walt Disney’s Wonderful World of Color provided a preview of Haunted Mansion at Disneyland in 1965. That probably frustrated theme park tourists of the era since the attraction wouldn’t open until 1969. Disney’s death in 1966 delayed the interior design of the ride.

13)   If the music in the Attic scene seems familiar, it should. A macabre version of Here Comes the Bride plays, but there’s so much going on that you may not have realized. Disney is so proud of this twisted joke that they recreated it in the 2003 Eddie Murphy movie of the same name.

"29) All six living astronauts from Project Mercury, the first true spaceflight mission involving humans rather than animals, attended the opening of Space Mountain. Gus Grissom, the second man to fly in space, was the only one who couldn’t be there because he died in a tragic fire several years before."

You need to check your sources.

"the first true spaceflight mission involving humans rather than animals" - in the United States.

Ah, the Sadie. She's got a special place in my heart. While Sankuru Sadie gave most of the other skippers trouble by always stalling, she worked flawlessly for me.

On the other end of the spectrum, the Orinoco Ida was my least favorite boat of the fleet. When I was navigating the rivers of adventure, the Ida was pulled aside one day to have a new engine installed and test it to see how it compares to the older engines on the rest of the boats. The Ida was the loudest boat, and gave poor skippers assigned to her migraines by the end of the day. Turns out, after several months of agonizing head aches, one keen eyed mechanic found a part was installed backwards, and thus fixed the loud engine problem. Now when you ride, all of the boats have this newer engine correctly installed.