When Star Wars Land was officially unveiled earlier this year, we were very excited about the prospect of a galaxy far far away coming to life inside Walt Disney World. However, as the dust settles from the D23 Expo and more information has come to light about what steps are being taken to bring this experience to life, it has become clear that there is a lot being lost as Star Wars prepares to steamroll Disney's Hollywood Studios. And while some of these losses were telegraphed far in advance, it doesn't mean that we won't mourn some of these losses, including one that was just confirmed recently:

1. Star Wars Weekends has been cancelled 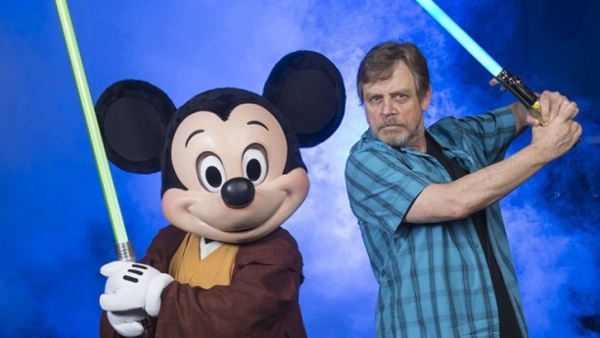 In a blog post detailing the opening of the Star Wars Launch Bay Disney casually mentioned that since this attraction gave fans a way to celebrate Star Wars every day, the long-running Star Wars Weekends event was found to be superfluous and was officially cancelled.

Of course, many fans were upset by this decision, and for good reason. Though the opening of the Star Wars Launch Bay does indeed provide guests with a way to experience Star Wars every day at Disney's Hollywood Studios, so does Star Tours, and that attraction’s existence was never used to try and cancel this massive event. 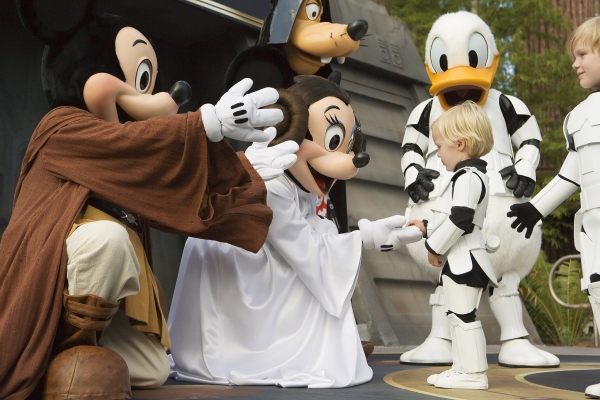 However, speaking more broadly,  Star Wars Weekends was more than just a simple celebration or a way to experience Star Wars at Walt Disney World. This annual event brought celebrity guests (including huge stars like Mark Hamill and Frank Oz) to the parks, featured informative panels that took guests behind the scenes, and also had unique shows where kids could get Sith training from Ray Park or reenact Warwick Davis' early years with the man himself.

Though the character meet and greets and special merchandise that were a part of this annual tradition will certainly be duplicated at the Star Wars Launch Bay, this event's loss is definitely a big one, and is being keenly felt by fans who were hoping it would return in spring 2016. But unfortunately, Disney has pulled the plug on Star Wars Weekends, and now we can only hope that Star Wars: Season of the Force will live up to the long shadow cast by Star Wars Weekends.

Though the cancellation of Star Wars Weekends was a tough blow for Star Wars fans, those who enjoy other parts of Disney’s Hollywood Studios are also losing a lot while the parks bring Star Wars Land to life as well. Earlier this year it was announced that construction of Star Wars Land was responsible for knocking out the Osborne Family Spectacle of Dancing Lights, and we know that the clock is ticking on stunt show Lights Motors Action, which is also expected not to survive the transformation into Star Wars Land.

Also in danger? Pretty much every restaurant and attraction near Echo Lake, as well as MuppetVision 4-D, the Cars Meet and Greet as well as the Phineas and Ferb character experience. Though it could be argued that none of those attractions are really headliners, the fact is that Disney’s Hollywood Studios stands to lose a lot in the Star Wars Land construction process. Which brings us to our next point…

I just hope what ever they open up in HS & AK they take much better considerations for the handicap, people with mobility issues (ie: bad knees / leg issues) and those who are of slightly larger proportions. Dwarfs Mine Train is tight as ______, cramped carnival type amusement park ride design.

One thing that's always bothered me about Star Wars Land at Disney was, why didn't they move it into future world at EPCOT. There's WAY more room there and it just sorta "fit".

I have to disagree with some of the predictions. The first disagreement has to do with Hollywood Studios potential future. Pandora is the reason that Animal Kingdom is going to become a full day park. And it doesn't have the base that Star Wars does. Not even close. What will happen is simple. Star Wars land if done properly is going to be a 365 day a year ComiCon.... let's not forget Disney DOES own Marvel. And they cannot do anything right now with that...but given that Star Wars Land won't be "fully operational" (see what I did there?) until 2021.... that is right around when Disney begins getting their Marvel rights of character use in Florida (they have it for California) back. So... I believe this blogger flushed the toilet way too soon. The reality is with Toy STory Land you will attract kids and teens, Star Wars Land will be an across the demographic and when you add in the future of Marvel? It's going to be a sole destination park. Star Wars fans span age ranges, want experiences that they currently cannot have, and are well known for spending money. I would venture a guess that like Dapper Days, and the Halloween Party at MK, you will also see Dressing like SW characters events. The potential for this is endless as drawing in a fanbase that is gigantic and loyal. Even when no product or current day relevance exists. And I believe that is why they are targeting that brand and audience.

In the 80s Disney learned a harsh lesson about not removing rides. I'm not sure how many remember but there was certainly a point where kids and adults felt Disney was "played out", "cheesy", and "unoriginal". Eisner did a lot to turn that around during his tenure. Removing low performing or no longer cutting edge rides keeps the park fresh. While I don't think you will ever see icons (like Dumbo) removed, I would venture to say anything hinted at dated that has no current "relevance" will always be in danger of a retooling or removal.

I'm thrilled Star Wars Weekends are cancelled! I always go to Disney around the same time, the first weekend of June, when the event is going on. Will be nice to experience the Studios without it being Star Wars chaotic.