Going to a Walt Disney theme park embodies all of life’s most joyous moments. Whether you’re visiting the Most Magical Place on Earth or one of its sister parks across the globe, you’re sure to have a blast. Some of the moments supersede the rest of the experience, though. These are the ones that you anticipate the entire time prior to your trip, the ones that define a trip to a Disney park. Everyone has a different set of favorites, of course, but several of the ones listed below are universal. Here are my picks for the ten best moments at Walt Disney World. 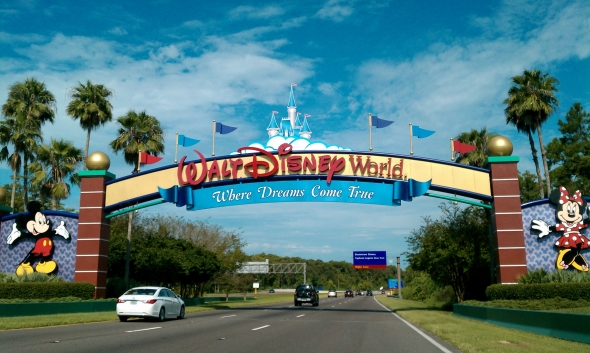 Whether you live in Florida or only get to visit Walt Disney World every few years, this thrill remains the same. It’s the instant where you realize you’re about to leave your worries behind and enter the legendary Disney bubble. Here, all your problems will fall away as you place yourselves in the warm embrace of Disney.

Sure, there are other instances prior to leaving for a Disney theme park that are almost as heart-warming. The first moment I book hotel reservations is great, and advance dinner reservations are another way I know that I’m not that far away from a return visit. Personally, I’m ready to celebrate the instant when the mail arrives and my Magic Express information is contained within. Still, all of these are promises of a future vacation getaway. The instant I pass under that sign, however, I know I’m actually at Walt Disney World instead of simply fantasizing about it. Nothing beats that moment. 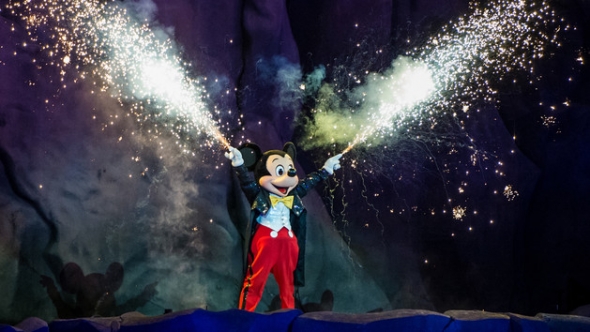 Fireworks reduce us as a people to our basic nature. We love loud noises and shiny things. And nobody on the planet puts on a show featuring loud noises and shiny things better than Disney. At Walt Disney World, there are currently three different nightly events, and the fourth one is just around the corner. Whichever one you prefer, there are many ways to watch each of them, and the presentation always astounds.

Personally, I have watched Wishes the most. As a DVC member, I love riding up to the top of Bay Lake Tower to enjoy the view from 150 feet in the air. Still, my favorite nightly display is Fantasmic! The moment I sit down to watch Mickey battle all the iconic Disney villains, I know that I’ll be swept away for the next half hour. Illuminations at Epcot wins all the awards, but I admire the showmanship of Fantasmic over everything else. 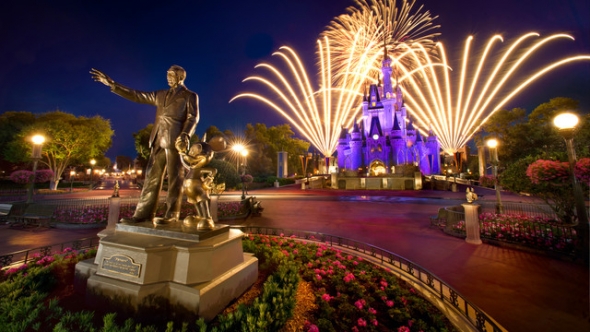 Walt Disney World contains four theme parks, all of which are among the top eight amusement parks in the world in terms of annual visitors. While I love the other three completely, the reality is that Magic Kingdom is THE most visited theme park in the world for good reason. It’s special.

For all the wonderful things that my family and I enjoy at Magic Kingdom, nothing tops that moment when I push through the turnstiles, walk down Main Street and view that iconic landmark off in the distance. It’s the hub linking the spokes in the park design, but it’s more than that. Cinderella Castle represents the Disney spirit in a single building. Imagineers brought to life something straight from a favorite tale and, later, a popular animated movie. They crafted an engineering marvel that has stood the test of time, and it sits in the center of Magic Kingdom as a sign of its grandeur. Disney long ago conquered the Princess concept, and Cinderella Castle is its masterpiece. 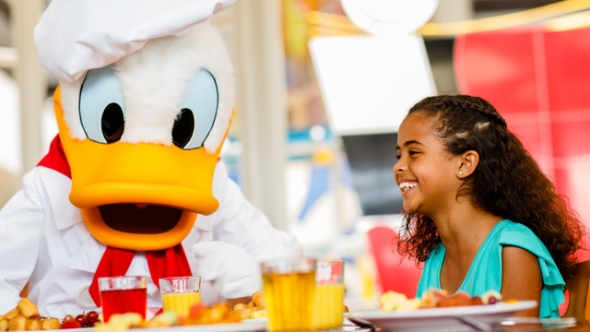 Think about your most memorable Disney moments, the indelible ones that linger in your mind. Whether they occurred when you were a child or a parent or even a grandparent, there’s still the same connective tissue. It’s that some of the best moments involve Disney cast members dressed up in ridiculous costumes that they wear in sweltering heat.

On its face, the entire situation is comical, and yet people go with it. For a time, you accept that this person is not an employee drudging through their workday but instead the current embodiment of an ideal. That Disney worker is never Joe or Jane when you remember them. They’re Mickey or Minnie Mouse, and you know this because they’re wearing the costume. The entire situation is pure magic, and I say that as a middle-aged man who has vacation pictures of Stitch hugging me.

5. Getting It's a Small World stuck in your head 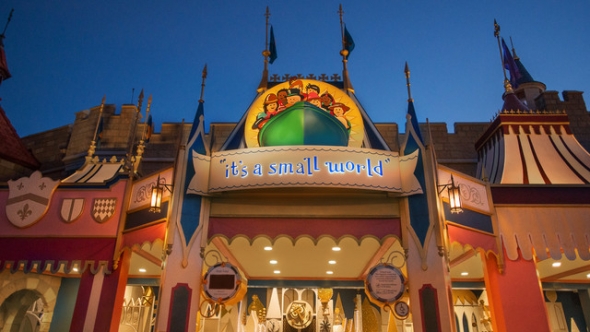 For better or for worse, there’s no song that encapsulates the Disney theme park experience like It’s a Small World. The iconic ride and its accompanying virulent earworm are tethered with Disney parks the way that Mickey Mouse is with the Disney brand itself.

While I understand the vitriol directed at It’s a Small World, it still embodies Disney to me. It was a ride designed to celebrate multi-cultured living during the Space Age, and there is purity in its intent. I certainly resent those instances when the frustratingly repetitive song gets stuck in my brain, but I still love It’s a Small World for everything it achieves as well as everything it stands for. Even within a company founded on solid ideals, this attraction is still the best thing Disney’s ever done with regards to intent. It deserves all the recognition it garners.

yes, because only disney charges that much for bottled water...besides that, why would you pay that much when you get free water at any counter service restaurant, AND you can buy a bottle of water at walmart for a buck, and just refill it at the drinking fountains throughout the park