Have you ever dreamt of staying at one Walt Disney World or Disneyland’s deluxe resorts? These Disney properties represent the finest hotel accentuations of theme parks in the entire world. Imitators are constantly trying to provide similar accommodations to lure away some of Disney’s business, yet hotels such as Disney’s Grand Floridian Resort & Spa and Disney’s Grand Californian Hotel & Spa remain the gold standard in the industry.

The problem with staying at either location is the price tag. Disney’s best resorts come with Disney’s highest rack rates. Disney fans as well as Disney Vacation Club members know that there’s a trick, though. Yes, you can spend a few nights at a luxurious Disney resort for a fraction of the price. Plus, you can use the experience as a trial run to see whether DVC membership is for you. Here’s everything you need to know about renting DVC points to stay at Disney’s best hotels.

Disney’s most famous properties all participate 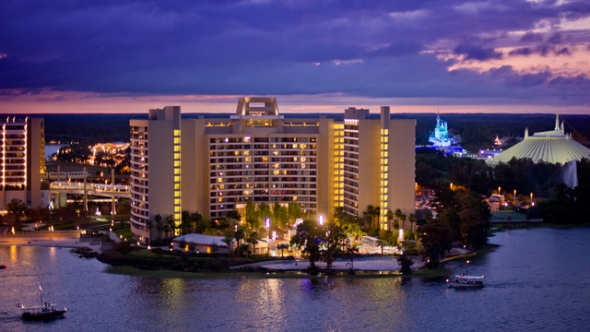 All four of these properties participate in the DVC program, which means that if you rent points, you can stay at any of them. Note that the Contemporary isn’t technically an option, but the replacement is, if anything, better. Bay Lake Tower was built in 2009 as an addition to The Contemporary, and it features a connecting bridge on the fifth floor. You have access to all the features of The Contemporary, but you get to stay in a newer, more modern room through the DVC program. Along those lines, the Grand Floridian and Polynesian include new buildings/bungalows made specifically for DVC, so they offer newer rooms as well. It’s fair to state that DVC rooms are better than regular rooms at these resorts for this reason.

If there are other Disney resorts that interest you more, that’s fine, too. A total of nine DVC properties are available at Walt Disney World plus the Grand Californian at Disneyland. The other Orlando resorts available are Disney’s Beach Club Villas, Disney’s Boardwalk Villas, Disney’s Old Key West Resort, Disney’s Saratoga Springs Resort & Spa, and The Villas at Disney’s Wilderness Lodge. There are literally thousands of rooms available each night at Disney properties that you can rent using DVC points. And it’s much easier to set up than you realize.

Yes, you can afford it 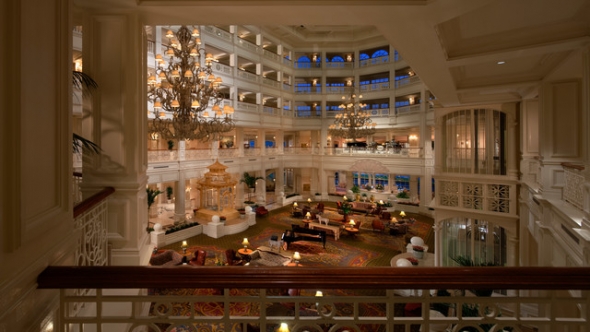 There are several major DVC rental services. Most of them rent points at a price of $14 each. If you need a refresher on points, refer to my previous DVC intro article. Depending on the time of season when you visit Walt Disney World/Disneyland, you stay for a night for as little as 9 for a studio room that sleeps four to five people. Many great rooms are available for 20 points or less each night.

I realize that the numbers above mean little to you, so let’s use an example. Let’s presume that you’ve always wanted to stay at Disney’s Grand Floridian. You just couldn’t afford it. While the nightly rate is a moving target, staying at this resort generally costs about $675 per night plus tax. To get more specific with the example, we’ll say that you want to go in mid-May next year, after college finals are over but before Memorial Day. After that, the crowds increase dramatically. When crowds increase, Disney charges more for their nightly rates, and they also charge more DVC points. One directly influences the other.

Mid-May occurs in what Disney calls Dream Season. A room at this property costs 21 points for a weekday and 24 points for a weekend night (i.e. Friday night or Saturday night but NOT Sunday night). I could explain this in greater detail, but I’m trying not to make your eyes glaze from the math.

The gist is this. That same room that costs $675 plus tax is only $294 per night on Sunday-Thursday and $336 per night on Friday and Saturday. You’re literally saving more than half, and rooms rented via DVC points don’t include tax. That’s an additional savings of $84 for a $675 room. In other words, the same room that costs $760 through Disney is only $294-$336 using rental points. You don’t need to scour the web for discounts and coupons when you can get this offer on virtually any night (as long as you plan ahead). 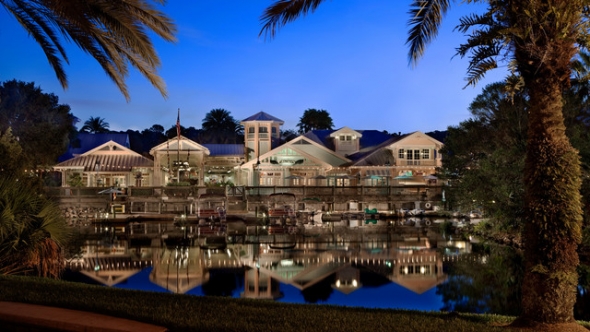 I realize that $300 a night is still too much for some people. Let’s use a more interesting example. Old Key West was the first DVC resort in the early 1990s. It’s also one of the best kept secrets. People who stay there know that its rooms are among the largest of any DVC resort at a minimum of 390 square feet. Compare that to staying at an All-Star resort. Most of their basic rooms are 260 square feet. That’s 50 percent more space. So, you’re getting a much better room at a higher quality resort.

Here’s where the value comes into play. In the same scenario above, Old Key West costs 13 points for weekdays and 17 points for weekend nights. That’s $182-$238 per night for a room that costs $414 plus tax otherwise. If you wanted to stay an entire week, the cost would be 99 points, which is $1,386. And again, there’s no surcharge for taxes.

Compare that to a week at an All-Star resort or Port Orleans, the lowest tier and second lowest tier of Disney resorts. Staying at All-Star Movies for that same time frame would cost $1,079 including tax. Port Orleans Riverside would cost $1,853. In other words, for less than $45 a night more than an All-Star resort and $67 cheaper than a mid-tier resort, you could stay at one of the nicest properties at Walt Disney World. Even if money is tight, you can find a way to afford staying a few nights at a DVC property.

When there is no retreat, the potential will be exerted.

Stephanie asked about tickets and Matt answered, "Buy tickets through undercover tourist and link those. The member will have to add the dining plan for you but most will. This has to be done 2 weeks before your trip."

My question is, what tickets? Tickets for what? And what is "undercover tourist?" Renting points, even though I'm a DVC member, might be the only way my family could ever afford to stay at the Polynesian, for example, so I'm interested in learning all the nitty-gritty about this. Thanks!

If you rent the points, can you link this to your My Disney Experience? Also how do you add the dining plan and tickets to your reservations?

You will get a reservation number from the member who books your room for you. You link that to MDE. Buy tickets through undercover tourist and link those. The member will have to add the dining plan for you but most will. This has to be done 2 weeks before your trip.