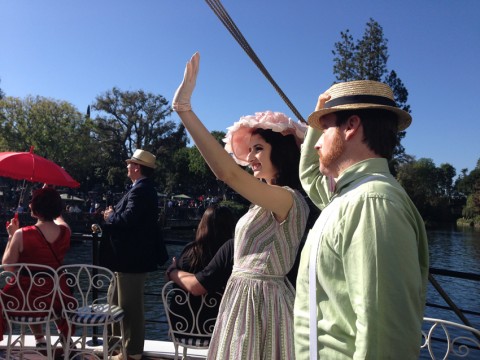 When most people plan their attire for a trip to a theme park, one word usually comes to their mind: Comfort. After all, hiking through the jungles of Disney’s Animal Kingdom; scaling the mountains of Splash, Space and Big Thunder; and standing in the hot sun to secure a prime spot for the three o’clock parade are all made much easier while wearing light, comfortable clothing. But believe it or not, it was once completely unheard-of to wear shorts and T-shirts to the parks.

While a lot of park-goers could never imagine wearing their Sunday best to run around and get sweaty in, that was exactly the fashion at Disneyland in the 1950s and ‘60s. And one event, Dapper Day, aims to bring that tradition back – at least for a few days every year. Here are five fun facts about this annual celebration that every theme park fan should experience at least once. 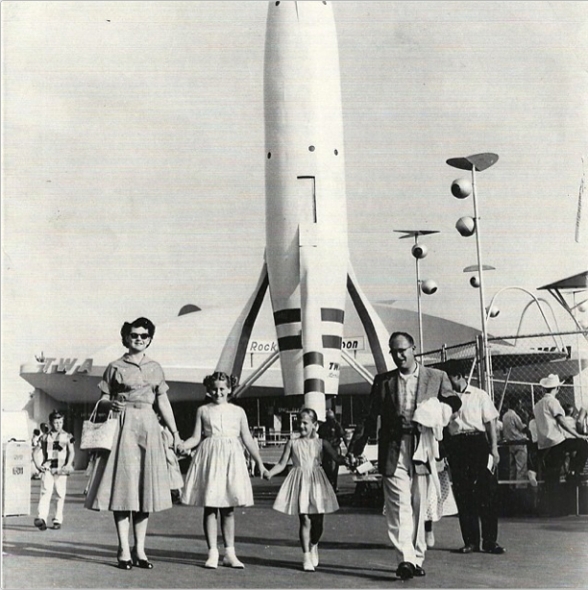 When Disneyland opened in 1955, it was intended as a place for families to gather but it was also promoted as a special place for a “date nite.” “See the Magic Kingdom under starlight,” posters featuring a woman in a tea-length dress beaming at a man in a three-piece suit proclaimed. And many happy couples also followed suit on Friday and Saturday nights, dressing up and visiting Disneyland (for only $6.50 for two admissions!) and enjoying “moonlite dancing aboard the Mark Twain riverboat” to big-band sounds until midnight or 1 a.m. 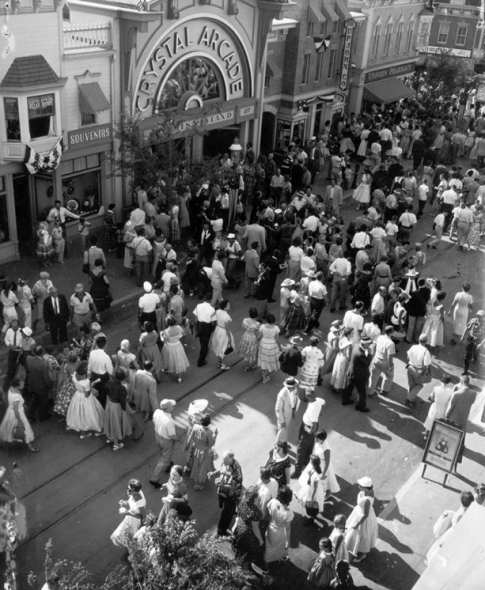 More than 50 years later, a special event was started by a self-proclaimed “eccentric dresser” named Justin Jorgensen. The Fargo, North Dakota-native was inspired to dress sharp and smart by a store called Dapper Dan a few hours from his hometown when he was a child, and the idea of dressing that way just stuck with him. And in the late 1990s, Jorgensen was working as a creative consultant for Disney Imagineering when he became intrigued by old concept art for the design of the Disneyland park. He wondered what it would be like if people dressed up to visit the park like they did in the illustrations.

Jorgensen didn’t originally plan for Dapper Day to become a huge event, but 100 people in dapper outfits showed up for the first celebration he planned on the fly in February 2011 at Disneyland, and the celebration kept getting bigger. Jorgensen says the idea is to provide a magical setting for people who like to dress up and also to be around other people who like the same thing. After the first two years of running Dapper Day, Jorgensen started running the biannual event full time while juggling his day job. Thousands of people put on their most stylish outfits and gather to enjoy a bit of nostalgia. As Jorgensen has said: “There’s a connection that Dapper Day creates. When you’re dressed up, you’re more likely to talk to someone who is also dressed up. Friendships form in line for rides. Normally, you wouldn’t want to talk to anyone in line at a theme park; you’d keep to yourself. There is a psychology about it. It becomes a big cocktail party without the cocktails.” 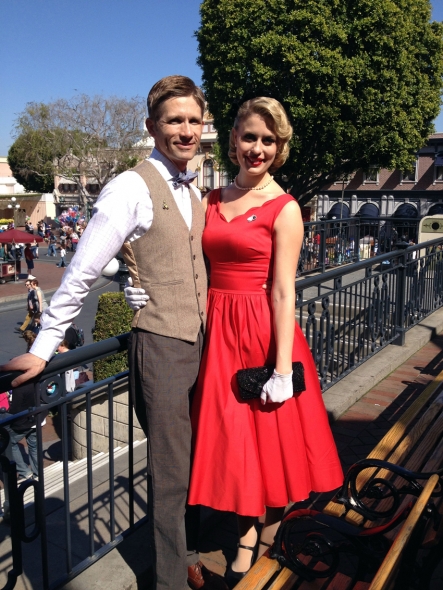 Dapper Day isn’t only held in California anymore. The event has spread to Walt Disney World in Florida as well as Disneyland Paris, and as its popularity has increased, the celebration has expanded. Besides the dress-up days, there’s also a two-day Dapper Day Expo (featuring stylish clothing, accessories and beauty products) in the exhibit hall at the Disneyland Hotel in Anaheim as well as a Dapper Day Car Show and an official after party named FOLLY at Anaheim’s Downtown Disney.