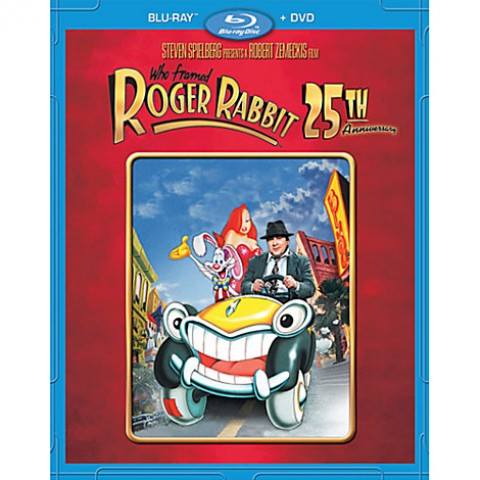 Throughout the years over 250 characters have walked the streets of Walt Disney World. Of these, only a small percentage actually meet with guests, and an even smaller percentage have staying power. The rest only live on in our memories.

One such character is Roger Rabbit. The goofy character from the 1988 live action/animated film Who Framed Roger Rabbit. Though plans for a Roger Rabbit themed attraction at Disney's Hollywood Studios were cancelled many years ago, Roger, Jessica, and Eddie are still very much alive and well represented in Walt Disney World. They might not be obvious, but the crew you love is still making people smile to this day. 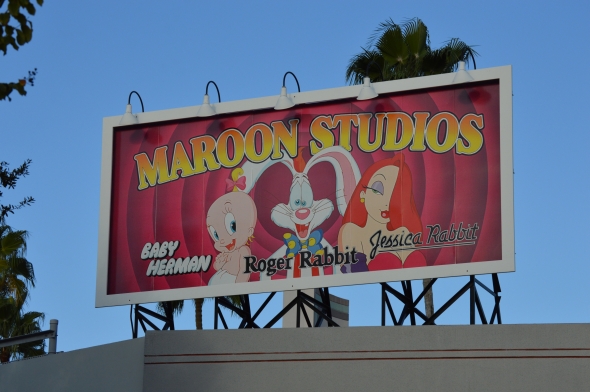 Location: Just off Hollywood Blvd across from Echo Lake and Hollywood & Vine

This billboard is hands down the clearest example of Who Framed Roger Rabbit in Disney’s Hollywood Studios. On the sign guests will notice Roger, Jessica, and Baby Herman in an advertisement for Maroon Studios. 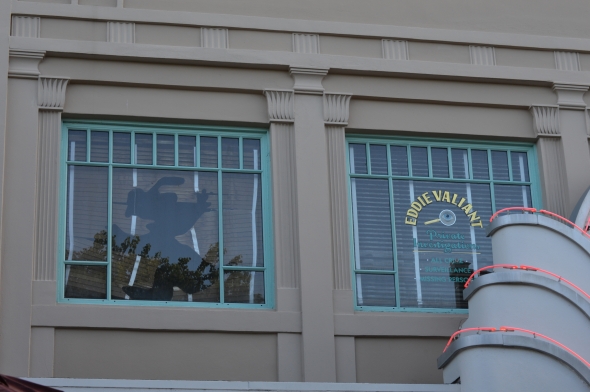 Across the street from the Maroon Studios billboard guests will find two very interesting windows. They are easy to miss, but great examples of the movie in the park.

The first window reads “Eddie Valiant Private Investigator”. This is a reference to Eddie Valiant and his brother Teddy. Eddie is the alcoholic detective hired by R.K.Maroon, and Teddy was his brother who dies at the hands of a Toon. The second window shows a hole shaped like a rabbit. Demonstrating the very famous scene where Roger breaks out of Eddie’s office after having a nervous breakdown. 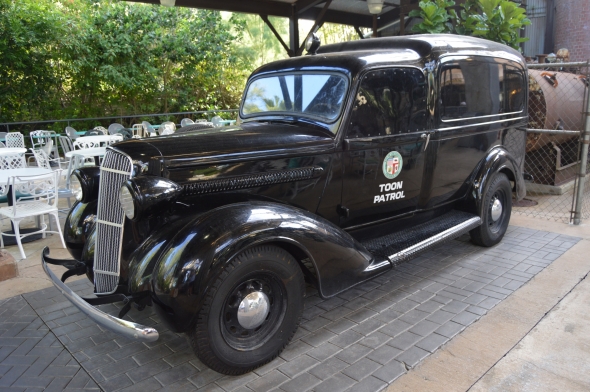 After purchasing a meal at Backlot Express, many guests will choose to eat in the outdoor seating area. That’s also where guests will find many Who Framed Roger Rabbit examples. They will eat lunch beside one of the most recognizable props from the movie; the Toon Patrol Car. In the movie Judge Doom, the villain, deploys the Toon Patrol to track down Roger. The Toon Patrol consists of his five weasel henchman.

Unfortunately, you cannot enter the car, but it does make a great photo opportunity. 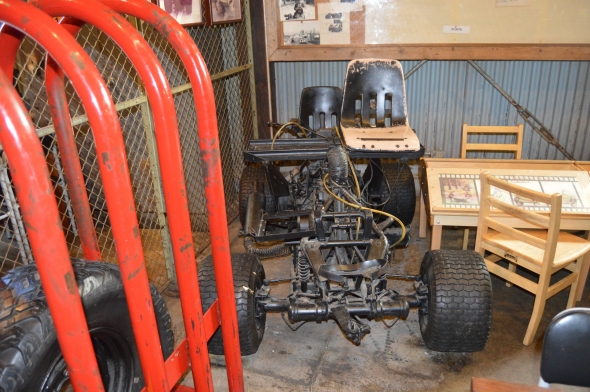 Another Backlot Express prop is the car that Bob Hoskins sat on before Benny was drawn over him in the film. This piece of movie history is easily missed because the vehicle is tucked away in a corner. Guests need to keep their eyes open to see it.

In the movie, Benny the Cab was an outspoken yellow taxicab who helps Eddie and Roger escape from Judge Doom and the Toon Patrol. Later in the film he tries to save Jessica and Roger but gets injured and crashed into a pole. 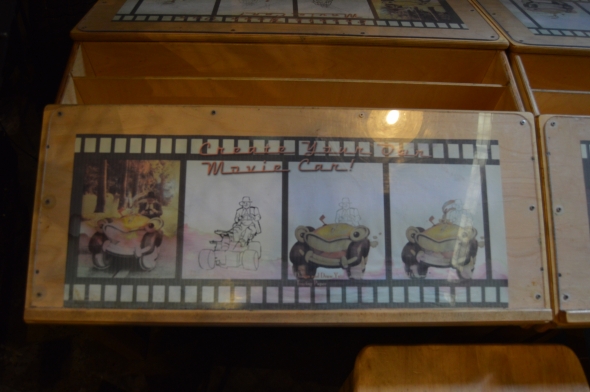 Right beside the Benny the Cab vehicle there is a small wooden table. This children’s play area may be tiny, but is covered in Benny the Cab drawings. The table teaches children how the animation for the movie was created. 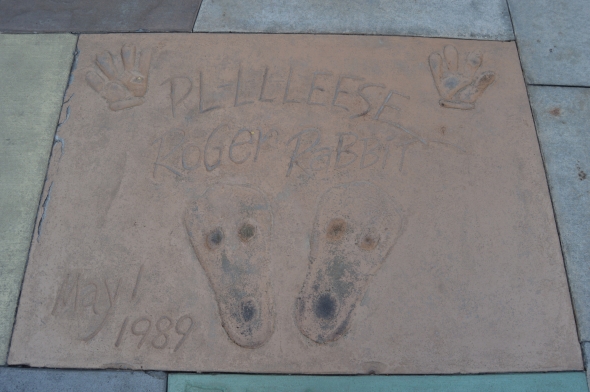 Location: In front of The Great Movie Ride

Here guests will find the hand and footprints of the world's biggest stars. Guests will also find the ones belonging to our wacky friend. Look for Roger’s prints and see how yours match up. They are located on the left side of the front section of the theater forecourt facing the Chinese Theater. A cast member will be happy to help guests locate them if they have trouble.

The "Ink and Paint Club" is not a reference to "Who Framed Roger Rabbit?" It is a reference to the group of people that actually inked and painted the cels at the Disney Studio. Hence, the large jars of cel paint.

Back in the day, DHS used to have the Dipmobile from the climax of the movie, and it sprayed "dip" at you.