Here's Everything That Happens When a Hurricane, Tornado or Earthquake Hits a Disney Park 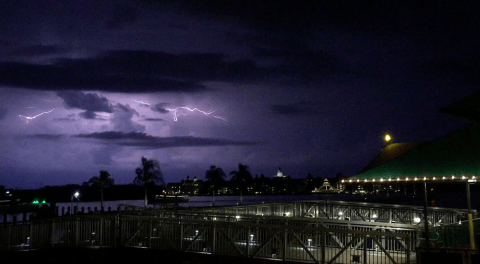 Disney parks and resorts are the happiest places on Earth, and when you are planning a vacation it’s hard to imagine that anything could possibly go wrong inside the so-called "Disney bubble". However, even though Disney takes exhaustive measures to ensure that guests feel like they are transported as far away from the real world as possible during a visit to their parks and resorts, there’s one thing that even Disney can’t shield guests from: mother nature.

Though it can be easy to panic when a natural disaster happens on a Disney trip, guests can rest easy knowing that Disney parks are uniquely prepared to deal with a plethora of emergency situations. From earthquakes at Disneyland Resort in California and Tokyo Disneyland in Japan, to hurricanes at Walt Disney World and even severe thunderstorms that include lightning, hail and tornadoes, there are strategic plans in place at every single Disney park around the world that are designed to keep guests as safe as possible both during a natural disaster and while any cleanup that may need to occur is taking place. It may sound strange, but in many cases, a Disney park is actually the safest place you can be when conditions take a turn for the dangerous.

While this isn't an exhaustive list of every disaster that Disney is prepared for, here are some of the most common threats Disney parks around the world face, and how cast members, emergency personnel and other specially trained staff work together to keep guests safe and as happy as possible, even in the face of what would otherwise be a very scary situation. 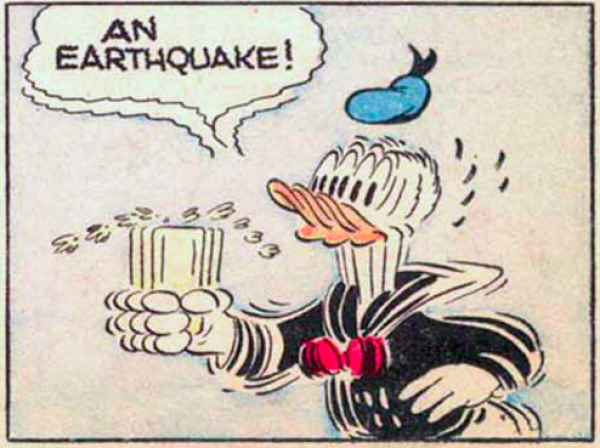 Both Disneyland Resort in California and Tokyo Disneyland have seen their fair share of earthquakes over the years. While these types of disasters can’t be predicted days in advance in the same way that other natural disasters (like hurricanes, tropical storms, etc.) can, Disney still has a stringent policy in place that helps to minimize damage and ensure guest safety in the event of an earthquake. No matter where an earthquake strikes, all cast members are trained to enact the following standard safety policies and procedure:

The second a earthquake hits, all rides will be stopped. Most rides have an automatic shutdown trigger that will be set off by even the smallest tremor, but if that fails for some reason a cast member will e-stop the attraction the moment an earthquake is felt. No matter whether you are on It's a Small World or Radiator Springs Racers, expect an abrupt stop the second any shaking starts. 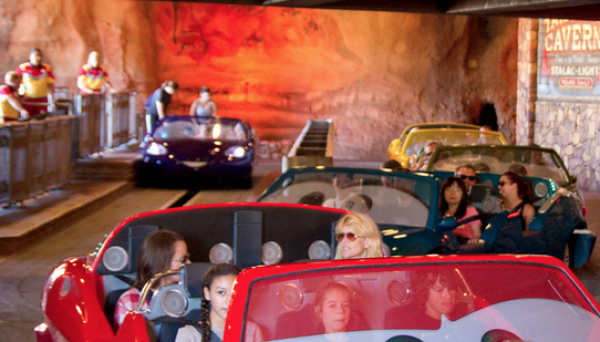 As soon as the attraction comes to a halt, safety lights will come on and guests will be advised via PA system that they will need to stay in their seats as it may not be safe to exit the attraction, especially if the earthquake is still going or there is damage. While its easy to feel panicked at the thought of being trapped on a ride, Disneyland officials will make every effort to come and get guests stuck on rides as quickly as possible once the shaking subsides.

Guests who are waiting in an interior queue for an attraction will also be advised to stay in place until an “all clear” is given, and may be told to take cover in specific areas of the building (away from lose objects inside a gift shop, for instance).

Guests that are outside when an earthquake hits will be directed by cast members to the closest interior area near them. This could be an attraction, a restaurant, shop or even a backstage area. Seconds count during an earthquake, and cast members will be moving very quickly to get everyone secured as soon as possible.

Though guests may be tempted to leave interior areas after the initial shaking stops, cast members will ask them to continue to shelter in place. Not only is this because of the possibility of aftershocks, but also because emergency teams will be sweeping through the park, inspecting all structures and looking for potentially hazardous damage that could injure guests. Even if the earthquake is small, it is imperative for guests to wait for an "all clear" before leaving their shelter. 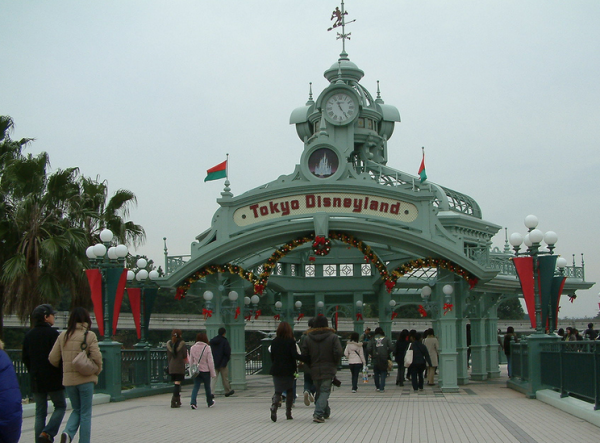 Outside the resort, Disneyland Resort and Tokyo Disneyland will close to new guests as soon as an earthquake occurs. However, the guests inside won’t be removed from the park. If there is little or no damage (as is often the case at Disneyland Resort in California) guests can simply follow cast member instructions, wait while safety checks are being performed and then enjoy the rest of their day at the park. Depending on the time and magnitude of the earthquake, the parks may start letting guests back into the resort, but if an earthquake happens before arrival time, even if it was a minor one, most guests will plan to visit the park another day.

Though most earthquakes pass quickly and don’t cause much damage, there was one notable exception in recent history. On March 11, 2011, a 9.0 magnitude shook Tokyo Disneyland, forcing the resort to cease operations mid-day. Although no visitors or cast members were injured (thanks largely to the safety policies above), there was massive property damage which prevented guests from leaving the resort, and 20,000 of the estimated 69,000 visitors at the resort that day had to spend the night inside the Tokyo Disneyland's two theme parks due to the closure of Tokyo's public transportation systems. As a result of the damage, Tokyo Disneyland remained closed for 10 days following the earthquake while rides and structures around the park were repaired. This was the longest disaster-related closure in the history of Disney parks. 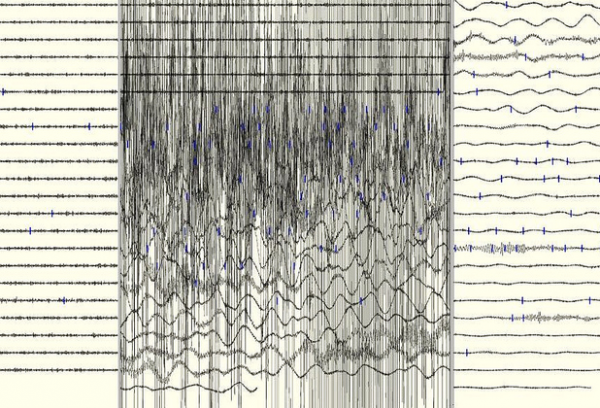 Though nothing this severe has happened at Disneyland Resort in California, the resort is well prepared in case "The Big One" strikes. Disneyland has not one but two emergency operations centers outfitted with monitors, communications and specially-trained staff. The first is located inside Disneyland park off of Main Street and is the primary command post if something goes wrong. The secondary emergency operations center is located outside the park at Company D, the cast member store in Anaheim. Though these facilities have only been used sparingly over the years, preparations like this ensure that if a major earthquake like the one in Japan ever happens in Anaheim, the park will be as prepared as they can be to deal with the fallout.

I was at Animal Kingdom several years ago during a particularly severe thunderstorm that produced a tornado off property, the Arnold Palmer golf tournament at Bay Hills was also significantly damaged - like the article said, we were all directed indoors to the shops and had to stay there for the all clear - as I leaving the park, I encountered another heavy downpour and waited it out in one of the small pagoda shelters with s cast member - when I asked what they would do if there was an actual tornado on the property, she said the majority of us would have been led to the underground level!

This is a lovely article and all, but what exactly happens when an armed gun-man is on site? I know it hasn't happened before, so procedures wouldn't be clear. But I'm always afraid that someone might slip in with a weapon, and I would want to know what happens.

It would be easy to slip something in because they don't check people's pockets. With that being said, Disney has TONS of plain clothes security, so I don't worry about it. The way I see it, it can happen anywhere, and I don't want to ruin my vacation worrying about it.

It actually HAS happened before -- this year, in fact. Disney security and the Anaheim, CA police apprehended a lone gunman, armed with a handgun and several clips of ammunition, in the plaza between the Disneyland and California Adventure entrances. I first heard about it via a blog post, of all places, then I contacted the Orange County Register newspaper to see why it hadn't been covered in the news. They were as surprised as I was, which attests to how quietly and efficiently it was handled by the local authorities. It appears Disney management worked in close concert with the Anaheim PD to keep the word "Disneyland" out of the whole incident, with the police report stating that the gunman was apprehended on the street in Anaheim. The OC Register was finally able to get the real story from authorities and published it, see http://www.ocregister.com/articles/agoncillo-678409-county-police.html for the article.