People Laughed When Disney First Announced This Resort, But Then Everything Changed... 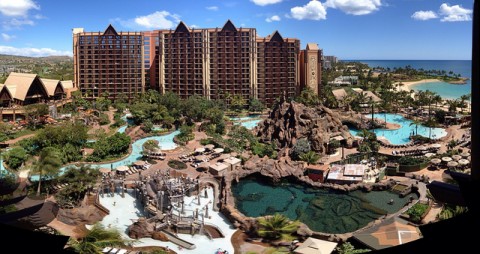 When you think of a magical Disney vacation, what do you think of? Is it the grand scale and overwhelming variety of Walt Disney World? Is it the theming and warmth of Disneyland? If you wanted to show off Disney's trademark attention to detail and customer service to a friend, where would you take them?

What if I said Disney's most magical destination isn't a theme park, or even in North America?

Well, guess what: It isn't.

For those of us who can't just up and go to Hawaii on a moment's notice, the next few thousand words are here to give you a sense of just what it is that makes this resort so magical, how it came into existence, and what its success means for the future of Disney.

Relax, pour yourself a cup of Kona coffee, turn on your ocean sounds machine and read on. We can't go to Hawaii, so let's just try to make this the next best thing.

Why would Disney want to expand to Hawaii? 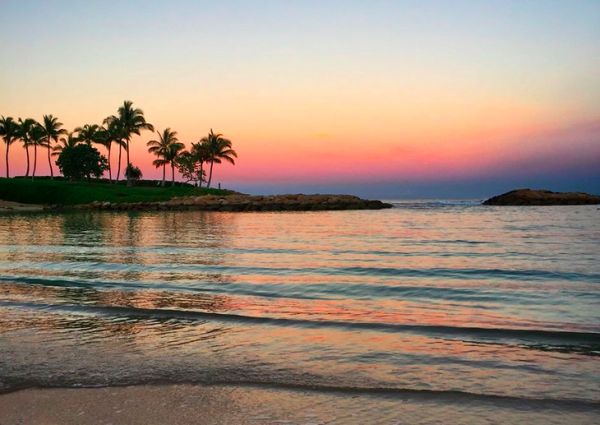 When Walt Disney first brainstormed his Florida project, he had no intention of recreating the Disneyland experience on the East Coast. Eventually, he relented – agreeing to include a duplicate of the park on the outskirts of his planned City of Tomorrow. It was never intended to be the central focus of his Florida land, but rather a small diversion. When Walt passed away, the company was left in a confusing place: Walt made it clear that he didn't want his Florida site to be a simple recreation of Disneyland, but its new business leaders were well aware that they lacked the vision and ambition to create a real, working city. So, a compromise was needed – one that would enable the Walt Disney Company to use the site well, while still honoring its namesake's legacy.

Thus, the scope was changed: the Disneyland duplicate would still be just one facet of the site, but rather than being the home to the City of Tomorrow, the land in Central Florida would be used for something called the “Vacation Kingdom.”

The concept was ambitious in its own way: Recreate the types of experiences travelers look for in a vacation and put them all in one place – making the Disneyland-style park just one of many attractions vacationers could visit.

Imagineers brainstormed different things people liked to do when they travel and started putting together plans for areas of the Florida property that might appeal to those travelers. And, when Walt Disney World opened in 1971, that impulse was on full display. If guests were interested in a South Seas-style vacation, they could visit the Polynesian Village Resort. If they wanted a modern urban vacation, they could stop by the Contemporary Resort. If they wanted to do a camping trip, Fort Wilderness was right there – complete with rustic activities and charm.

Eventually, this Vacation Kingdom concept focused itself into a single question: “Why would you vacation to X, when you could just come to Disney?” As the world grew smaller toward the latter half of the 20th century and into the 21st century, that question became harder and harder to answer, but Disney kept at it.

“Why would you visit New England when you could just come to the Yacht and Beach Club?”

“Why would you go to Hollywood or Universal when you could just come to Disney's Hollywood Studios?”

“Why would you go to Africa (or even Busch Gardens!?) when you could just come to Disney's Animal Kingdom?”

After decades of trying to recreate everything on the planet in Walt Disney World, the Walt Disney Company realized it might just be simpler to just take you to those places themselves. So, the company's strategy morphed into an even more broad question: “Why travel with anyone else when you can just travel with Disney?” Disney started offering tour packages through its Adventures by Disney brand, and it created the Disney Cruise Line to keep guests' money coming in even when they took to the sea.

In this climate, Disney decided to build an outpost in the one place they'd never been able to faithfully recreate on their own shores: the beautiful state of Hawaii. Why keep fighting it? Vacationers will always want to visit Hawaii, so why not try to make it so that, when they do, they'll still decide to stay with Disney?

While politically it is part of the US, it is geographically not part of any continent. It is considered an archipelago.

I'm sorry but Hawaii IS part of North America - politically. It is not on the North American continent in a geographical sense; officially it is not 100% part of any continent, although saying Oceania wouldn't be incorrect. To say that Hawaii isn't in North America in any sense (like the fact in the opening paragraph implies) is simply incorrect.

This is, to me, one of the best articles this page has ever posted. It's funny, yet informative and it's on a great subject- Aulani. Keep them coming guys!

Hawaii is part of North America...

Hawaii is part of THE UNITED STATES, it is NOT part of North America.