Halloween Horror Nights 25: Does the Anniversary Live Up to the Hype? 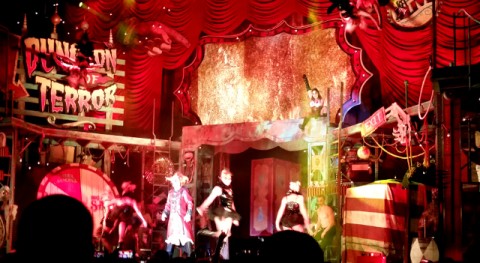 Universal Orlando’s Halloween Horror Nights has evolved from a three-night party into a 30-night extravaganza. Each year brings an entirely new lineup of thrills and chills, and the loyal fans spend a good portion of the year speculating and debating what the next event might hold. The Art and Design team (A & D) plays into the fans’ deep love and boundless curiosity in many ways, from creative and mysterious teasers of upcoming content through the alternate reality game within the event, Legendary Truth, which grows and evolves each year. 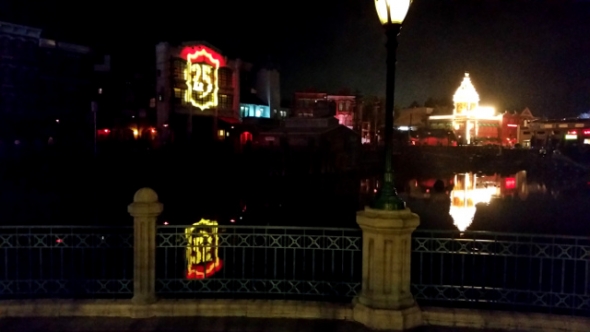 With 2015 marking the 25th anniversary of Halloween Horror Nights, fan expectations went through the roof. A & D slipped us a huge reveal at the end of last year’s event, when they announced the return of killer clown Jack Schmidt, Halloween Horror Nights' most popular icon ever. Over the intervening months, they gave us some other clues and promises, such as a tribute to the best of past Halloween Horror Nights' and more blood than ever before. Speculation and rumors began flying, as everyone tried to piece together exactly what to expect. 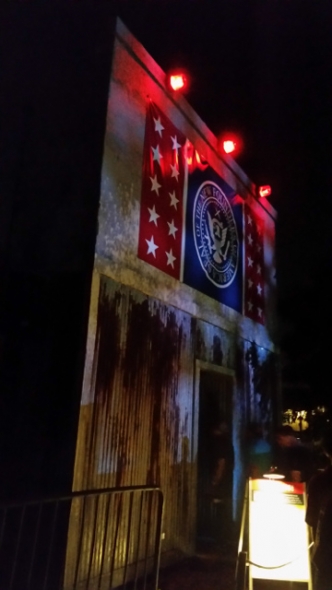 Yet one by one, the houses on the map were officially announced, along with brief descriptions of their content. And in every case, they matched the leak. Then something strange happened. Each reveal came right on schedule…until mid-August, when it was time to announce Scream. That day, and the days that followed, came and went without a word—beyond some cryptic Tweets from creative director Mike Aiello assuring fans that everything would be explained soon.

For reasons that will probably never be fully revealed, Scream was dropped from the lineup. This was entirely unprecedented in the history of Halloween Horror Nights—after all, the house was built, the actors were cast, and marketing was imminently set to begin! Now they would have to start over from scratch with just weeks to go before opening night. The closest Halloween Horror Nights had ever come to something like this was after the terrorist attacks of September 11, 2001—and even then, it was a matter of changing blood to ooze, demoting the icon and bringing back the previous year’s, and changing the names of houses and scare zones. The rumor mill went nuts.

Within days, the next house was officially announced—not Scream, but The Purge. The house was given an extreme makeover and all was right with the world. Meanwhile, marketing took the safe road and released materials from fast food cups to billboards with minimal advertising drawn only from what had previously been revealed. 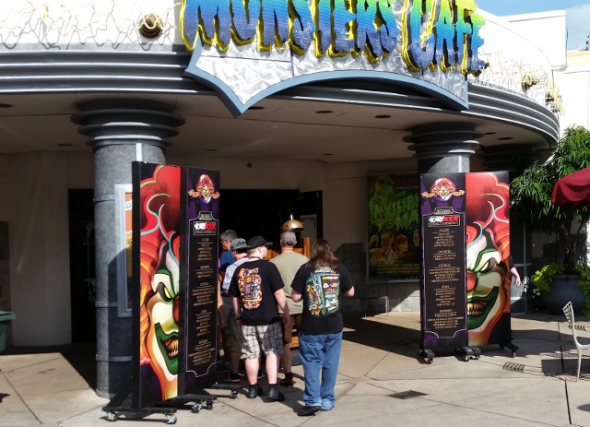 Despite the historic last-minute drama, Halloween Horror Nights completed the full event reveal near the end of August. All that was left was for fans to finally see the results for themselves. Then, Universal announced a couple of special events that truly demonstrated their commitment to their fans. First, a never before seen Scareactor Dining Experience that would allow guests to get up close and personal with a handpicked group of scareactors while enjoying a buffet dinner. It was originally announced for just a few dates, and was exclusively available to annual passholders. With the unexpected overwhelming response, more dates were quickly added and it was soon opened up to additional types of ticket holders.

At the last minute, Universal also announced a special merchandise event for team members and annual pass holders. For the first time ever, the Twister Aftermath store was cleared of its regular merchandise and opened as a mini-museum and specialty shop for Halloween Horror Nights memorabilia. Team members and annual pass holders were invited to an exclusive sneak peek on Wednesday, September 16th.