6 Lost Live Shows at Walt Disney World We Wish We Could See One Last Time... 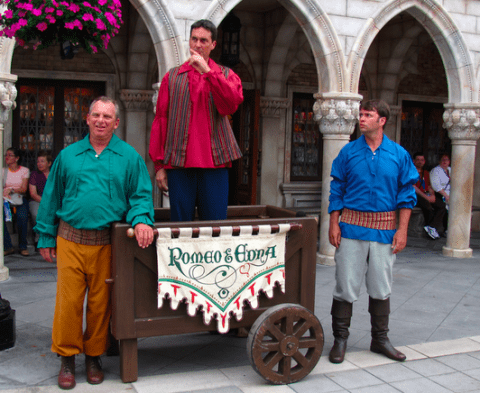 Recently, it was revealed that after over ten years of entertaining guests at Walt Disney World, “Bandscaping” group Mulch, Sweat and Shears would be leaving Disney’s Hollywood Studios forever in October 2015. Though this is certainly a big loss for fans of this long-running group, it’s hardly the first live entertainment loss that we’ve felt at Walt Disney World. 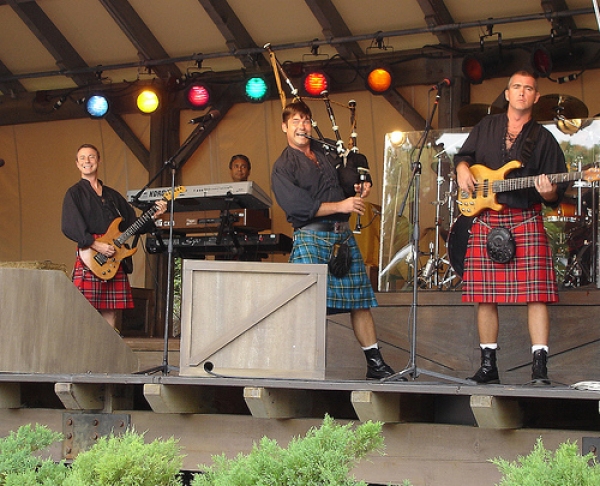 Let’s get the obvious out of the way first. Off-Kilter, the Celtic rock band that played regularly at the Canadian pavilion at Epcot’s World Showcase was unceremoniously dismissed from the park in 2014, much to the disappointment of fans. Though there were protests (guests with “Save Off-Kilter” signs were a fixture in the park during the band’s final weeks), online petitions and plenty of social media posts, Off-Kilter played its last set on September 24, 2014 to hundreds of fans who filled the Canadian pavilion one last time.

Disney never gave an official reason for getting rid of Off-Kilter, and bizarrely replaced this popular band with a Lumberjack stunt show a few months later that barely attracts a small crowd, even on busy days.

2. Push the Talking Trash Can 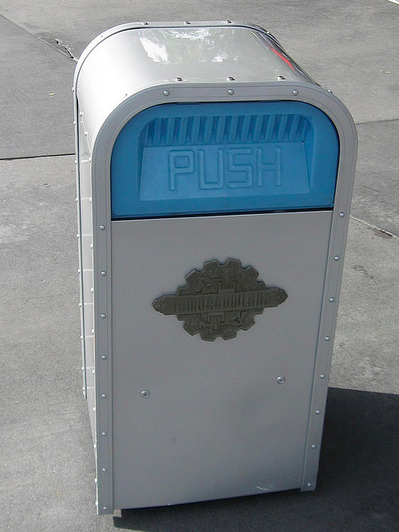 Straddling the line between “character” and “entertainer”, Push the Talking Trashcan was definitely a one of a kind part of Tomorrowland at the Magic Kingdom. Push was a fixture of the park for nearly 15 years, and some fans even lobbied to make this robotic trashcan the unofficial mayor of Tomorrowland during its run. This radio-controlled robot may not have been the most technologically complex thing at the Magic Kingdom (it wasn’t hard to spot the person who was really pulling the strings, if you know what we mean...), this little guy’s sparking personality and endless ability to surprise guests made him one of the most charming parts of a Walt Disney World visit.

Unfortunately, even though he was incredibly popular, Push was retired forever in February of 2014, again after much fan protest. Though it was unconfirmed, many believe that the removal of Push was due to contract disputes with the company behind the robot refusing to negotiate their licensing fee with Walt Disney World. 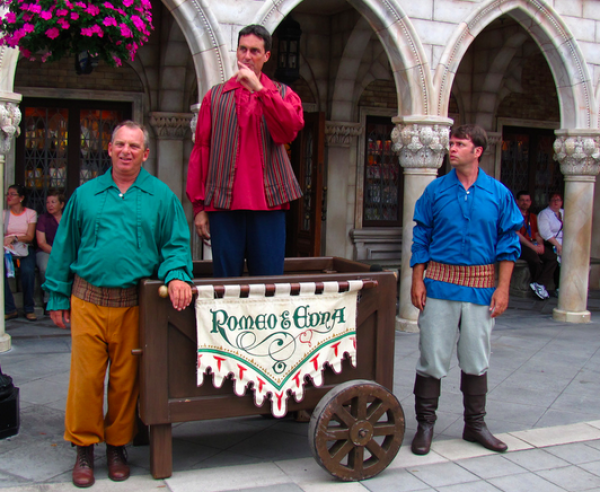 Back in 1982, when Epcot was still EPCOT, The Olde Globe Players were brought in to add a little comedy to the World Showcase. This troupe proved to be quite popular and eventually morphed into the World Showcase Players, who entertained guests in both the UK and Italy pavilions for more than 25 years with the classic tales of Romeo and Edna and the fable of King Arthur and the Holy Grail.

However, even though the history of this group goes back to the very beginnings of EPCOT, Walt Disney World announced that they were dismissing the World Showcase Players permanently in 2014. Many found themselves unprepared for this group’s exit (including the players themselves). You can see this group’s tearful farewell to guests in September 2014 below:

What I miss the worst is the shows at the Adventurers Club...Plaid Monkey!

You left out the best one. Two words...Future. Corps.

We totally adored World Showcase Players, Miyuki and British Invasion. The live entertainment was so great because otherwise a lot of those lands are just shops and restaurants.

I can't imagine going to Epcot and not being able to see the incredible Off Kilter. I'm so angry that they were let go.

I am still shocked that the incredible Off Kilter was let go. I am going to Disney World in December and don't even want to go to Epcot if they are not going to be there. They added so much joy to the Canadian stage! Please bring them back, Disney!