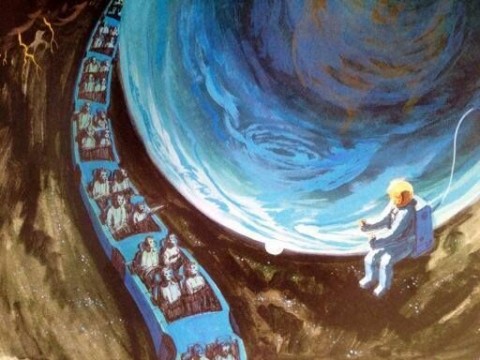 What images and impressions come to mind when you hear the word “Epcot?”

That probably depends on when you first visited.

For throngs of Walt Disney World guests in the 1980s, EPCOT Center was astounding. Vastly different from Disney’s other parks (which, at the time, were the three “castle” parks of Disneyland, Magic Kingdom, and Tokyo Disneyland), EPCOT Center was a place of sincere, grounded, intellectual wonder – a living example of optimistic futurism, corporate power, the emerging capabilities of the computer, and the chance to see distant countries... all in a pre-Internet world.

By the close of the next decade, “Epcot” meant something else. With the new millennium on the horizon, Epcot was looking squarely like a remnant from a bygone era. The architecture of the 1980s was unmistakably dated and Epcot’s once stunning line-up of dark rides was aging, too. None did much to reverse Epcot’s growing image as the “educational” Disney Park that kids dreaded "wasting" a day at.

Disney fans often beg for a California Adventure-sized re-do, dismantling and re-building Epcot from the ground up. True to Disney form, Imagineers at the dawn of the new millennium were hard at work on that very possibility. Epcot was due for a total upgrade and a massive monetary influx that would’ve changed the park forever. PROJECT: GEMINI was a potentially game-changing reinvention planned for the park in the early 2000s... But would it have solved the park's persistant problems?

With the benefit of hindsight, we can both lament and cheer the concepts from this distinctly-early-2000s overlay that never came to be. Some of the elements of Project: Gemini found life at Epcot and elsewhere. A few are stellar ideas still worth exploring. Others, we're glad to have left behind. But either way, Epcot today would be a very different place if Project: Gemini had succeeded in its entirety. Let’s find out what could’ve been. 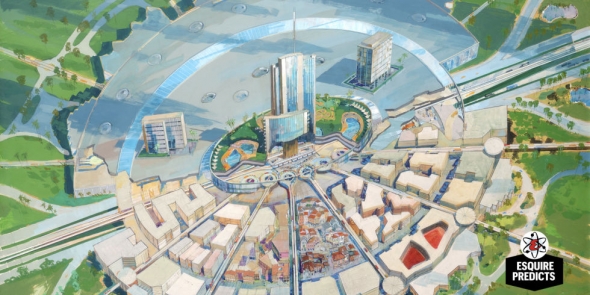 To understand where Epcot is today (and why Project: Gemini needed designed at all), we have to consider the park’s origins. In 1982 when Epcot opened, it was sincerely groundbreaking.

In the design of Epcot, Imagineers looked to the forgotten “city of the future” Walt had designed – the Experimental Prototype Community of Tomorrow. E.P.C.O.T. then would’ve been just as its name implies: a real city where real people lived and worked. More than just an animator and designer, Walt was a dedicated futurist who sought to use his influence to design a living model for future cities. Smartly designed utilitarian urbanism, EPCOT would’ve featured elaborate mass transportation, ineffable urban planning, and energy efficiency; EPCOT would – in Walt’s imagination – inform the construction of every major city effort thereafter.

Of course, that EPCOT was never built. But the core concepts behind the park informed Imagineers in the construction of Walt Disney World’s second theme park. There, EPCOT Center would be Disney’s “permanent World’s Fair.”

The history of the Walt Disney Company and its namesake are tied very specifically to the 1964 – 65 World’s Fair. It was at that fair – hosted in New York City – that Walt was called upon by four corporations to design attractions. 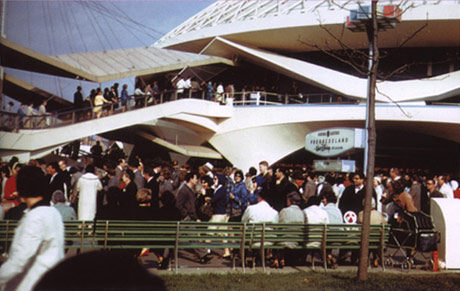 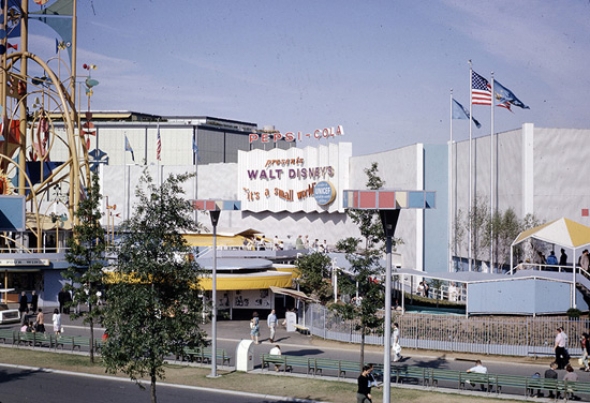 Bringing it all together

So Walt Disney World’s second theme park would be Disney’s own version of a World’s Fair. The story goes that two competing Imagineering factions had different ideas about what form Disney’s permanent Fair park should take. One argued for a World’s Fair wherein corporations sponsored large pavilions, each dedicated to a single topic of science or industry. Another faction believed Disney’s World’s Fair should draw on the cultural, international-representation of World’s Fairs, with each pavilion dedicated to a country showcasing its culture, customs, and cuisine. Both views were accurate depictions of real World’s Fairs, but they seemed diametrically opposed. 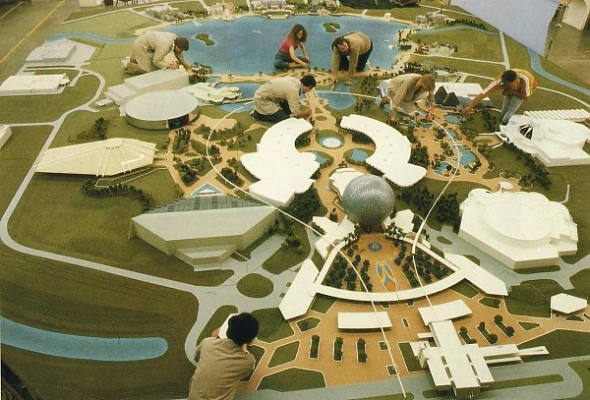 According to Disney folklore, it was one fortuitous day that the constructed scale models of the two theoretical parks were literally pushed together, building the familiar “figure-8” shape we know of Epcot – essentially, two very different parks united by their similarities.

And like a World’s Fair, the system seemed ingenious.

The futuristic pavilions of Future World would be sponsored by corporations interested in seeding their products and services into the experience. Those corporations would pay for the pavilion’s upkeep and – just as importantly – its updating. After all, no sponsoring company would want its name splashed across an outdated exhibit of retro-futuristic artifacts. In exchange for broadcasting their logos and products across the experience, corporations would foot the bill and keep their pavilions cutting-edge. It was a win-win situation.

It didn’t work. The systematic failure of Epcot’s sponsorship model might be directly to blame for the need for Project: Gemini. Read on…

Can we rebuild Mr. Toad's Wild Ride in England?

I love all of your ideas and think Disney should read your article. It is a lot of money to put up but Epcot thrives during the festival seasons, they must be raking in some dough! You have to spend money to improve to draw attendance. Fantasy Land has been upgraded, Pandora will open in May and Hollywood Studios is getting two new lands, perhaps Epcot is next? We can hope and dream! (and to the top comments on Pinocchio’s Daring Journey – the classic Disneyland dark ride – in Italy. - You did place it in Italy or changed the article before I read it!)

What a good, well thought out article.
I've found it ironic in the past few years that the MagicBand is far more futuristic than Future World. The fact that one bracelet can get me into my hotel, carry my park tickets, capture my ride photos, and the ability to reunite me with my lost children, is amazing. THAT is living in the future.

I really like your ideas of characters implemented throughout the attractions. I personally think two other changes could take place: take out innocent ions and build a pavilion named NEW HORIZONS that would be essentially what horizons was but with updated technology to tie in all aspects of the updated future world side. It could still be two buildings with a skybridge attaching the ride track to the other side allowing for a very detailed indepth attraction. The second change would be a complete revamping of the end of spaceship earth. I am still appalled at the cop out Disney did for this rides once fabulous finale. Instead of the black felt and Christmas lights tunnel, there could be a celebration of mans great achievements that have occurred as the result of mans advances in communication. This should be done without video screens for crying out loud we've looked at those enough!

If the Disney business people can be separated from their obsessive drive to cross-sell every Disney product wherever they can find a place to do that, WDW would be a better place.

The original World's fair idea that learning and entertainment are not exclusive, and certainly not a venue where every Disney character and product are aimed at the most infantile mind, imagine if The Land were a dark ride that compared "the Land" on Earth with "the land" on, say Mars. How did these planets evolve into what they are today, and why is it important to learn about them both?

Imagine that the "Energy" pavilion is also a dark ride, half of it is historic about mankind's search for transmittable and portable energy; the second half about the digital world, robotics, AI, and the need to find environmentally clean energy that can be stored in ways that we don't yet know how to ("batteries")

Imagine the "Mind" pavilion that also runs a dark ride that looks into the risks and opportunities when the human mind and AI finally interface. The ride can explore things such as, What is memory? What is thought? Why does the human mind create the arts, music, the things that make us human, not just STEM stuff.

Disney should speak up, not down, to us and our children. Disney should stop thinking that we are nothing but simpletons who need an adrenalin rush