Just about every theme park fan is aware of how Disneyland came to be. Man visits amusement park with his daughters, sees room for improvement and opens his own park in California in 1955 that 60 years later, has served more than 650 million guests since its opening day. And fans know how Walt Disney World in Florida followed, offering much more room for its creator to expand his visions and serve up thrills, chills and Dole Whips to more guests each year — over 52 million annually — than any other vacation resort around the globe.

But there’s another theme park, which sits near the center of the nation, in between those parks on the two coasts, that has had almost as many lives as the Cheshire Cat. This park doesn’t get nearly the attendance of the previous two mentioned, but the story of how it started, passed through several operators’ hands, added rides such as one “haunted” coaster and a few others that have set records, and closed and reopened more than once (including one time after a horrifying tragedy) has more twists and turns than Space Mountain. And the question of whether or not the park will stay open in its current incarnation remains to be seen.

This is the fascinating story of Kentucky Kingdom. 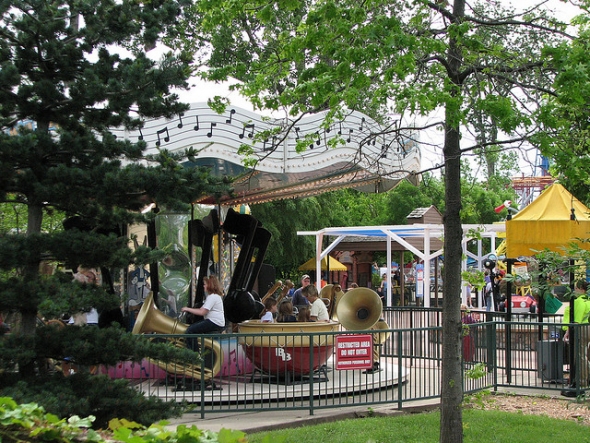 Kentucky Kingdom first opened in Louisville — the land of horses, bourbon and baseball bats — in 1987. A company from Dallas, Texas, leased 10 acres at the state’s fairgrounds as an extension of the Kentucky State Fair that’s held there each summer. Kentucky Kingdom mostly featured rides for young kids, including a log flume and bumper cars, though it did have an indoor ride called the Starchaser, a Schwarzkopf Jet Star II roller coaster, too. The Starchaser was completely dark inside, except for a disco ball on its floor that made the “stars.”

However, the summer of 1987 had such bad weather — excessive rain and blistering heat — that attendance at the park never really picked up. And the park’s owner made the mistake of “overselling” the park, comparing Kentucky Kingdom to Disneyland — and that claim obviously fell short. After one memorable event — when a bunch of Girl Scouts visited while most of the park’s rides were inoperable — Kentucky Kingdom closed. The park was open just one season before its owners filed for bankruptcy, sending most of the rides to other parks and leaving the majority of its contractors and vendors unpaid. 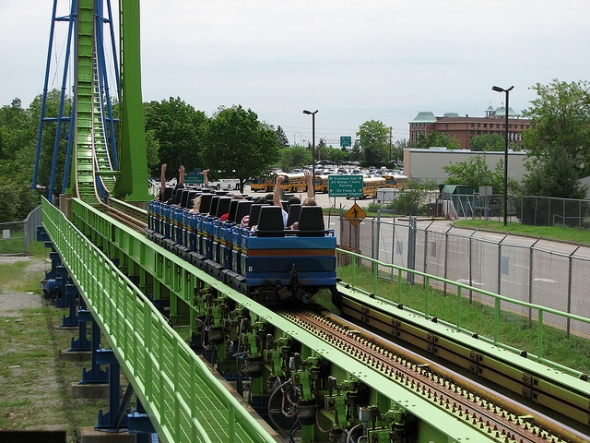 The senior lender for the park, The Bank of Canada, contacted an investor named Ed Hart, who had moved to Louisville from New York City in 1979. Hart was known for rescuing properties that were in trouble, but he had no amusement-park experience and he didn’t want to touch the deal. But after the bank provided more information to him, he decided to take a chance and jump into the business. Hart put together an investor team, and after paying the hundreds of people who were unpaid when the park had previously closed, Kentucky Kingdom reopened in 1990. 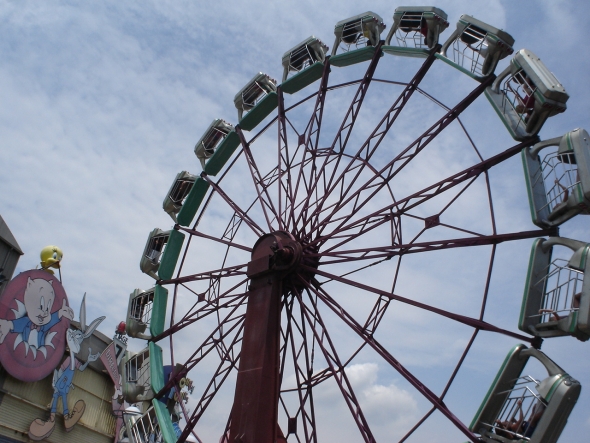 Kentucky Kingdom's name remained the same but its operators and management team changed. The park also got some new rides, such as Bluebeard’s Bounty, a Huss Pirate Boat; Whirling Dervish (which was later renamed Breakdance), a Scrambler-type ride; and Enterprise (shown above), a Huss circular ferris-wheel-like ride that spins on its side.

Another ride that was added was The Vampire, a Vekoma Boomerang steel shuttle coaster that was built at a park in China in 1985. Interestingly, that park wanted to get rid of the ride because guests thought the coaster was haunted and they wouldn’t ride it. The Vampire, with its history, could fit right in at the park because a real, 200-year-old cemetery is located on the fairgrounds’ land near Kentucky Kingdom’s season-pass processing center. That site is also rumored to be haunted. 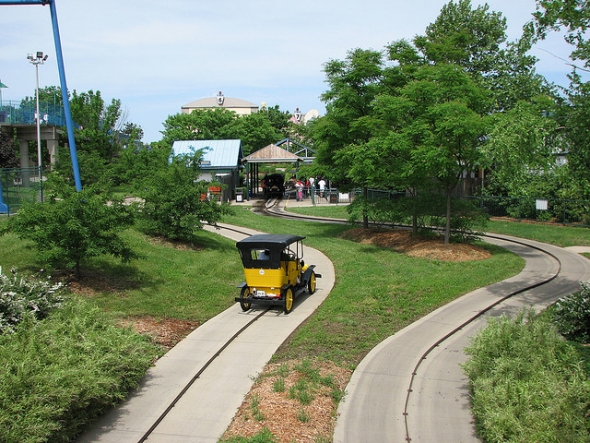 Some of the rides that returned from the park’s original incarnation included Tin Lizzies, an antique car ride, and the Starchaser. Even though the indoor roller coaster had been sold, it hadn’t been moved, so Hart had been able to buy it back. (This ride will have an important part in the story later.)

With all of the new rides, attendance was booming at Kentucky Kingdom. In 1991, the number of guests more than doubled to 302,000, and Hart and his team decided to add a new concept.

Epic Universe Is On Track For Summer 2025 Opening! Which Land Are You Most Excited About?