Millions of Kids Were Traumatized by This Disney Ride. This is Why. 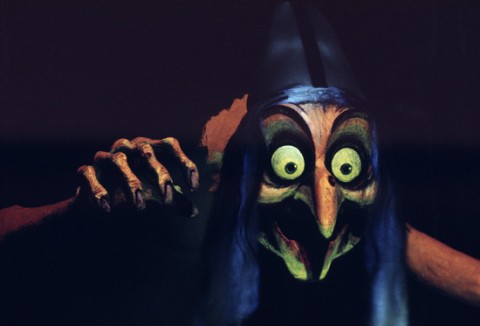 Fantasyland at Disney's theme parks might have been designed to inspire the kid in all of us, but it hasn't always been a sanitized and always-happy place.

Although Fantasyland is generally thought of as a child-friendly paradise, it was actually once home to two of the most bizarrely frightening rides Disney has ever had to offer. Walt knew that children’s dreams turn to nightmares just as often as they do to frothy sweetness, and that childlike imagination can create all kinds of impossible twists and turns.

Much has been made of Mr. Toad’s Wild Ride, which is still in operation at Disneyland but closed at Walt Disney World in 1998, despite a very public Save the Toad protest campaign. Whether they ever had the chance to ride or not, few Disney fans are unaware of the naked lady and trip to Hell that once existed where The Many Adventures of Winnie the Pooh stands today. 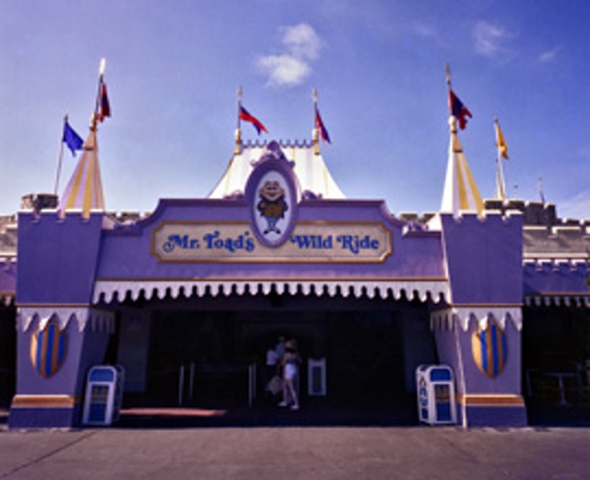 Yet as gritty, surreal, and terrifying as Mr. Toad’s Wild Ride was, for sheer frights, it was actually bested by an attraction based on one of Disney’s most beloved films ever—Snow White and the Seven Dwarfs. How did this happen? Many more people report crying during the movie than shrinking away in horror. What of the unsuspecting children who eagerly piled into their ride vehicles only to spend the next two and a half minutes shrieking in fear?

Here we will explore the unlikely evolution of this incredibly popular but oddly terrorizing Fantasyland ride... 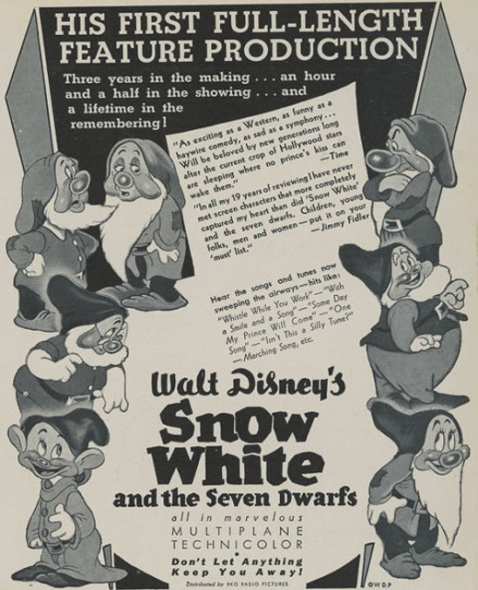 In the early 1930s, Walt Disney was finally enjoying a reasonable amount of success after fighting through some very hard times. He had developed and then lost control of Oswald the Lucky Rabbit, but bounced back with the extraordinary popularity of Mickey Mouse. His Silly Symphonies enjoyed moderate success, especially after he switched them to Technicolor in 1932. That same year, Walt won his first Academy Award for the creation of Mickey Mouse. He was married to the love of his life, Lillian, and after an early miscarriage, Lillian gave birth to their first daughter, Diane, in 1933.

Life was good, but Walt being who he was, he was not content to settle down. Instead, he set his eye on a groundbreaking new idea—the first ever full-length animated film. Both Lillian and Walt’s brother and business partner, Roy Disney, tried to talk him out of it. The film industry, believing that such an audacious idea would sink Walt’s studio, began referring to it as "Walt’s Folly". But he would not be dissuaded. The new film would be a retelling of the classic tale of Snow White entitled Snow White and the Seven Dwarfs. Walt had to take one of the biggest gambles of his life, mortgaging his own home to pay for the movie.

Against all odds, Snow White and the Seven Dwarfs was a smash success. Its December 21, 1937 premiere at the Carthay Circle Theatre drew a standing ovation from such Hollywood royalty as Judy Garland and Marlene Dietrich. Following its general release in 1938, the film made four times more money than any other movie that year. By 1939, it had become the highest grossing “talkie” (film with sound) in history…though it was surpassed a year later by Gone With the Wind.

Even more importantly, Snow White and the Seven Dwarfs established Walt Disney as a legitimate Hollywood filmmaker, setting the stage for him to build an empire based on groundbreaking animation. It won an Academy Award, for which child actress Shirley Temple presented Walt with one full sized and seven miniature Oscar statuettes. Walt Disney was suddenly a household name. 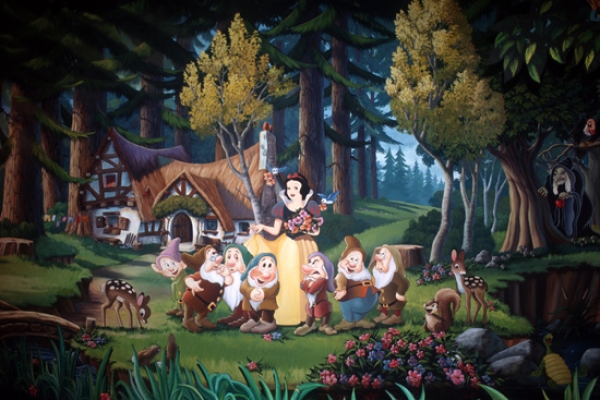 Flush with success, Walt went on to enjoy the Golden Age of Animation, producing such classics as Pinocchio (1940), Fantasia (1940), Dumbo (1941), and Bambi (1942). A brief foray into producing military films during World War II barely affected the studio’s stride. By the late 1940s, the Disney family was living in a new home on a large piece of land, and Walt had a miniature steam train in the backyard. He was also planning his next “folly,” a full-scale theme park where parents and children could have fun together.

At the time, amusement parks were dirty and dangerous places where parents sat on benches while kids rode standard-issue rides. Walt envisioned something immaculately clean, superbly maintained, and highly immersive, where families could leave their worries behind for the day. His original plan was for a small park adjacent to his studio, but his dreams quickly outgrew the space.

Instead, Walt made another bold move, acquiring 160 acres in nearby Anaheim, California. To obtain funding, he created a show called Disneyland for the ABC network, which agreed to provide financing in return. Like Snow White and the Seven Dwarfs, Walt’s latest big idea was met with a great deal of head scratching and nay saying, but once again, he proved his detractors wrong. Despite a messy opening day in 1955, Disneyland went on to transform the concept of themed entertainment, and allowed Walt to found a dynasty.