Walt Disney World Just Lost its Most Unique Attraction. This is Why. 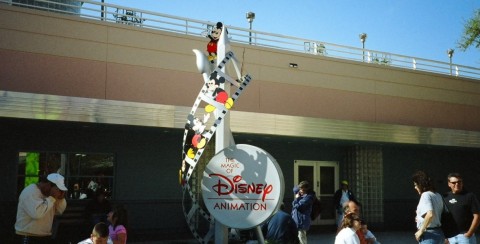 Michael Eisner, former CEO of the Walt Disney Company, was a shrewd, shrewd man. In his time with Disney, he revolutionized the film division, overseeing an era that saw Walt Disney Animation produce countless classic films, such as The Little Mermaid, Beauty and the Beast, and The Lion King. He guided Disney through its acquisition of ABC and ESPN – properties that now make up an enormous chunk of Disney’s overall valuation.

But where Eisner was most successful, principally, was Walt Disney World – and it was there that his shrewdness came into sharp focus. Under his watch, Walt Disney World grew from a vacation resort into an international destination, complete with world class hotels, high-brow restaurants, and utterly unique experiences – even those outside the parks. He and his Imagineers continued to push the boundaries of what Walt Disney World could be, going as far as to greenlight two additional theme parks for construction in the resort.

The first of those parks, then called Disney-MGM Studios, is perhaps Eisner’s most fascinating creation. Bourne out of the nascent rivalry between Disney and Universal, that park was presented to the public as a real, working movie studio – one which could revolutionize not only the Walt Disney World Resort, but Central Florida as well. And, helpfully, it would give Disney the chance to quash the upstart movie theme park located just down I-4. 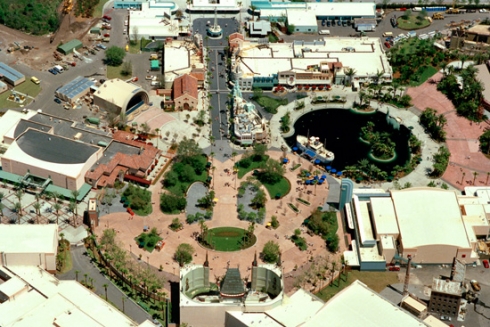 The degree to which that was successful is, indeed, what makes this particular park most fascinating. Neither Disney nor Universal was able to create a self-sustaining film studio in Orlando, despite their best efforts otherwise. And now, roughly a quarter century after their rivalry began, one of the last vestiges of that ambitious mandate is shuttering for good: The Magic of Disney Animation.

On July 12, 2015, Disney closed down The Magic of Disney Animation, although the events leading to its closure were set into motion a great many years before that day. It had changed over the years, Disney was just about to announce the most aggressive expansion in the park’s history, and the company would need some space to make that expansion happen. But while this attraction had lost some of its former glory over the years through various refurbishments and refreshings, it’s important to remember that some of the most iconic and influential sequences in animation history were created within that building.

So, let’s take a look back at The Magic of Disney Animation – how it came to be, what it really was, and why, ultimately, it just had to go.

Why did Disney want to build this thing in the first place? 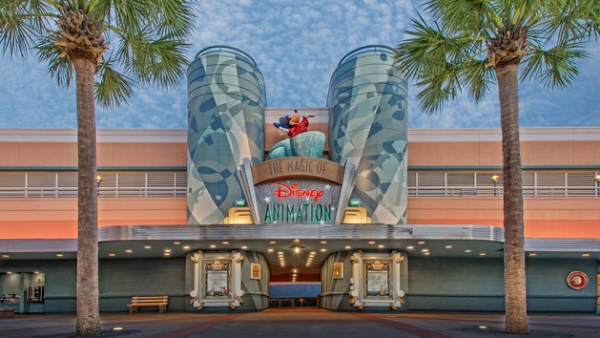 From 1971 to 1986, Walt Disney World existed in a state of calm tranquility. It was doing its own thing, building new attractions, hotels and experiences, while the rest of Florida slowly adjusted to the new reality of having one of the largest tourist destinations in the world at their doorstep. You could call it a honeymoon period – a time when everything was good and easy for everyone: Disney was making money for itself, and by proxy, for the local businesses and governments as well.

But in 1986, that tranquility was broken – briefly – by an upstart theme park with cinematic roots of its own: Universal Studios Florida.

At the time, this was a pretty big curiosity in the theme park world. It’s weird to think of it now, but when the plan for Universal was first announced, It didn’t make a whole lot of sense. While Universal Studios Hollywood was successful, it was essentially an add-on to their already existing movie studio. Universal wasn’t as much seen as an amusement park company as it was a film company with a semi-profitable side business showing off their backlot to curious visitors. Their signature attraction, after all, was a tram tour of their studio – an experience that seemed impossible to replicate in Orlando. 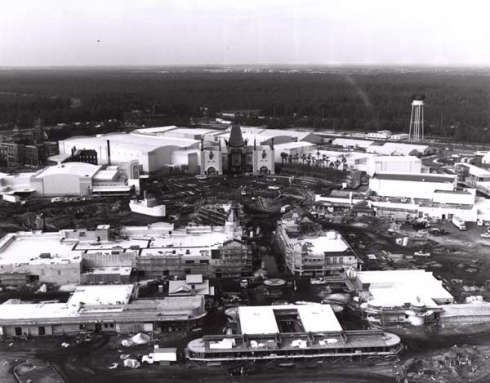 Nevertheless, they’d try – Universal said that, as part of its plan to open in Florida, they’d open a real, working backlot on site. And, to a certain degree, they were successful: Ask any kid raised in the ‘90s about the Nickelodeon studio in Orlando, and they’ll tell you they desperately wanted to go and see it for themselves.

Magically, in 1987, Disney announced plans for a movie-themed park/working film studio of their own, which just happened to be developed at the same time as Universal’s. What a coincidence! And, using the extraordinary municipal powers granted to them through the Reedy Creek Improvement District, Disney opened its park first in 1989.

The goal of the rapid construction was simple: Neutralize Universal as quickly as possible. Universal had never tried to build a theme park from scratch before, and even Universal Studios Hollywood wasn’t a traditional theme park by any means. They’d never really built large rides before, and would likely need to work out the kinks of the process. 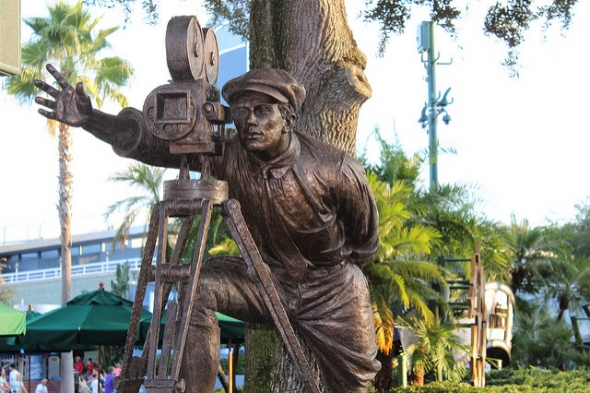 Disney, on the other hand, had just opened Epcot less than a decade earlier. And, before that, they had decades of experience operating the Magic Kingdom and Disneyland. They knew that, even with their own opening day difficulties, they could put together a park that would be better than Universal’s on day one.

Even with all of this knowledge gained through the decades of their theme park operations, Disney still wasn’t 100 percent sure it would be able to beat Universal on its merits. And so, if they were really going to differentiate themselves from the new kids on the block, they’d need something special. Like, say, the offices of the heart and soul of the company.

I hope that Disney lives up to the expectations it is giving us, I personally thing that most of the new "Experiences/rides" ie. The little Mermaid and the, yes I am going to say this.. Seven Dwarfs Mine Train ride leave me a bit disappointed. They don't have the same feel as the older rides, they seam to be all "new" but are in my opinion very poorly done. Yes they have new innovations, swinging ride cars and such, but if you have been on these rides they lack that certain "disneyesque" quality, that " Plus" Disney is so proud of. Those who have ridden these know what I mean, but to explain it to others let me just say that they have left little to the imagination and have done little to hide the fact that they are rides in an amusement park, sure there is all the Facade work, making it Look amazing, but it has always been the experience inside that made a ride truly Disneyesque. They need to bring back the immersive quality that was once was. According to this article they just might...we'll see.

My thought on this is that those rides you mentioned -- The Little Mermaid and Seven Dwarves Mine Train -- really weren't put in a position to succeed. These attractions are D-Ticket attractions at best, but were over-hyped by the company as a sort of bizarre PR campaign to show that, yes, they were investing in Walt Disney World. With Universal expanding faster than a supernova, they needed to try and counter the narrative somehow.

I think for what they are, they're fine attractions. They simply aren't the game-changing experiences we all wanted them to be. What Disney's promising moving forward, from Star Wars to Pandora, are attractions in this mold -- attractions that we'll be awed by. It remains to be seen if they'll be as successful as Disney is claiming they'll be, but I think the recent disappointments, as you call them, are more due to unrealistic and unfair expectations that Disney itself fed into.